Do We Even Care: A Conversation on Race and Racial Tensions? 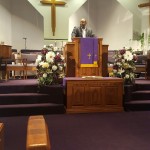 Below is a speech I gave at New Bethel Baptist Church on November 1, 2016 in Germantown, Tennessee. Sponsored by members of both New Bethel Baptist Church and Germantown United Methodist Church, the conversation was to focus on Race and Race Relations. After the speech, we had a spirited question and answer session followed by prayer and a charge to continue the dialogue. I thank Sister Marilyn Barbee, the members and pastors, Donald Ester and Richard Smith, for the invitation.

After a long day teaching, the gospel of Mark records Jesus saying to his disciples, “Let us go across to the other side.” So leaving the crowd behind, they got in the boat with Jesus and began their trek to the other side. But as they continued to travel, the texts says that a “great windstorm arose, and the waves beat into the boat, so much so that the boat began to take on water. Now while this is going on, Jesus is asleep in the stern of the ship; on a cushion; resting quite nicely; water everywhere, waves beating against the boat and the one who suggested in the first place to go to the other side; the one who got them in this mess in the first place, was down in the stern sleep on a cushion.

As the boat continued to take on water and get beat up by the waves, the disciples began to get worried. Well, that’s a nice way of putting it, they became quite afraid. Now for some of them, this was not their first sea storm. They new how to handle to sea; they knew how to handle the boat when it took on water. They knew how to navigate storms, but this storm must have been different. This storm must have been real bad because the disciples went down to the stern and woke Jesus up and said to him, “Teacher, do you not care that we are perishing?”

Well, you know the rest of this story. Jesus woke up and rebuked the wind and said to the sea, “Peace! Be still!” Then the wind ceased, and there was a dead calm. Jesus then asked, “Why are you afraid? Have you still no faith?” And the story ends with the disciples standing in awe of what Jesus just did.  “Who then is this,”, they remarked, “that even the wind and the sea obey him?”

That’s a nice story and when we teach it or preach it, we tend to focus on having Jesus in the middle of our storms; or we claim that we too can speak at the storms in our life—Peace be still! Some may even look at the miracle itself; that Jesus has command of the wind and the sea. Even some may note that as long as you have Jesus on the journey, whether you think he is all there or not, that everything will be alright.

However, tonight for the remainder of my talk, I want to focus on the question the disciples asked by rephrasing it a little. I want to ask, “Do we even care about race relations and do we really care about getting better at being better about race? Now I know, I have already assumed a lot, after all, we are all here because we do care and we really want to continue the dialogues that have led us here, but before we dismiss the question, allow me to ask it again—do we even care about race and race relations?

I ask this because of the mountain of research that says in essence, we don’t. Despite the fact that when it comes to race, we have mountains of research that shows inequality in many “quality of life” subjects matters—jobs, economics, education, health and health care, we still cannot wrap our minds around the face that race still matters in the country. So do we even care?

By contrast, about six in ten Americans who are affiliated with non-Christian religions (62%) and religiously unaffiliated Americans (59%) believe that these killings are part of a broader pattern of how police treat minorities. In other words, non-believers are more likely to believe my truth than those who are my sisters and brothers in Christ. (I need for that one to sink in a little) I need it to sink in for two reasons.

First, this is why we have a Black Lives Matter movement in the country in the first place. The truth is that black people have been trying to tell others about their plight for years. Black people and indeed, all people of color have tried to share instances of racism in their own lives; in the lives of their children, they have tried to tell anyone who would listen about the injustices they faced on a daily basis. The problem has been that when black people talked, they simply are not believed. Black people have been too sensitive; too loud; too angry; too militant. We have been charged with playing the race card; or the proverbial, “Why do you have to bring race in it? Many times however, we just shut down and wonder sometimes “are we crazy for feeling like this?”

The second reason why this is important is because if this is how the majority of the nation feels about black people and especially (since we are in church), this is how the overwhelming majority of believers feel about black people, then it will be hard to work on finding any solutions in order to move forward. In other words, if you already come to the table, suspect of the truth I may share; if there is already doubt in my narrative, then nothing will get accomplished.

This is why I applaud the efforts of New Bethel and Germantown United Methodist for having these dialogues and giving space to talk about these issues in an open and honest way, I know this is not the norm. This is hard work and it is not easy. When we come to the table to discuss racial issues, typically two feelings come also to the table. For white people, white fragility becomes an issue.  Robin DiAngelo defines it “as a state in which even a minimum amount of racial stress becomes intolerable, triggering a range of defensive moves. These moves include the outward display of emotions such as anger, fear, and guilt, and behaviors such as argumentation, silence, and leaving the stress-inducing situation. These behaviors, in turn, function to reinstate white racial equilibrium. Racial stress results from an interruption,” she argues, “to what is racially familiar.”

Or when the discussion is about police accountability and what we can do to have better relations with police departments, someone feels the need to bring up the proverbial, “black on black crime” Usually, it goes something like this. “I wish they would protest all the black on black crime that happens. How come they are not marching about this? There are three problems with that push back though. First, sadly, crime is about proximity—its relational. People commit crimes against people they are around the most. By this metric, we should talk about white on white crime since according to the FBI stats, 86% of crime committed against whites people are by whites.

Second, protests are about perceived injustices and the system not working as it should. Typically, when crime happens in a certain area and with certain people, the system we have in place adjudicates the matter. When perceived crimes happen when certain others are involved and the system does not work as it should, then protests happen.

But finally, I understand why well-meaning people would bring it up. I just then ask, well, tell me what you are doing to address it; maybe I can help? This is usually when I get blank stares and the reality sets in—that one usually brings this up to move away from an issue one may not feel comfortable in discussing.

However, it not only white fragility that comes to the table when we talk about race, but for many people of color, the politics of respectability is an issue. Coined by Evelyn Brooks Higginbotham, politics of respectability “refers to attempts by marginalized groups to police their own members and show their social values as being continuous, and compatible, with mainstream values rather than challenging the mainstream for its failure to accept difference.” In other words, many times black people, hijacked by respectability issues, when they come to the table to talk about race, they try to show that they are somehow the same as everyone else, and not like those other folks. Respectability’s aim is to allow white people to be as comfortable as possible; not to give rise to white fragility.

So the question remains, do we even care?

The city of Memphis have reached out to community groups and fostered a dialogue with them. They are talking with people who normally do not get an audience with city officials and they are putting plans together to move forward. There are small groups meeting all over the city talking about race; I have been invited to some of the dialogues and some good work is being done. Even our police director initiated a DOJ review of the department because he wanted to make sure that he and his officers are doing things right. So we should lift up the good and applaud the efforts of all involved in making our city and county better.

But we also must admit that this all is happening right now because a group of citizens marched on a bridge and then marched throughout downtown. What we need to ask ourselves is that does it take people taking a bridge for us to do the things we need to do? 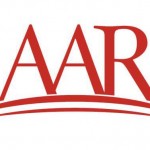 November 14, 2016
Reclaiming the Radical Revolutionary: Celebrating the Ten Year Anniversary of Obery Hendricks' The Politics of Jesus
Next Post 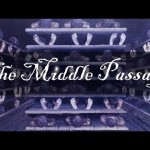