Dear White Church Leaders: A Letter from a White Minister 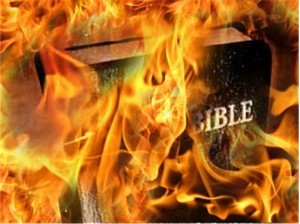 After what happened recently in Charlottesville, I call us to reflection and action. The second without the first is irresponsible, and the first without the second is ineffective.

Reflection in this case must include two kinds: observation and introspection. Because whites experience confusion about some terms, I begin with a few observations.

For many years people assumed that race was biological, but Peter Horne rightly points out that race is cultural instead of biological:

Although we think of racial differences in terms of physical features such as skin color, eye lid folds… those physical differences are genetically insignificant. I have found that when we talk about different races, we most often refer to social and cultural differences rather than physical distinctions.

When I first heard that race is socially constructed but real, I struggled to make sense of the statement. Gradually I noticed that many social constructions (race, gender, and others) are experienced as real. Social constructions influence how people speak, act, and think in relation to each other.

Acknowledging the widespread existence of “prejudice; hate; discrimination; bigotry; intolerance; and arrogance” among individuals, Horne writes the following about racism:

Traditional (White) dictionaries define this word in relation to an individual’s sense of superiority over another because of race, or their hatred or prejudice toward others because of race…. Many African-Americans include an additional word in their definition that makes a vital adjustment to the conversation. That word is “power.” By this understanding of the term racism is a sense of superiority over a minority population with the power and authority to implement policies and systems that honor the superior and suppress and oppress the inferior…. Racism exists in systems, policies and institutions representing the majority (White) population who have the power and authority to implement and maintain those systems.

White privilege is difficult to define and describe. A quick glance at Wikipedia reveals 8 definitions submitted by contributors. At its core, this term refers to the concept that within US society a person of white skin colour experiences inherent advantages over those with darker skin colours. These advantages will not necessarily be the consequence of intentional preference, but nonetheless they exist.

Because many whites have a hard time accepting this observation, Horne provides two examples.

White people in North America live in a social environment that protects and insulates them from race-based stress. This insulated environment of racial protection builds white expectations for racial comfort while at the same time lowering the ability to tolerate racial stress, leading to what I refer to as White Fragility. White Fragility is a state in which even a minimum amount of racial stress becomes intolerable, triggering a range of defensive moves. These moves include the outward display of emotions such as anger, fear, and guilt, and behaviors such as argumentation, silence, and leaving the stress-inducing situation. These behaviors, in turn, function to reinstate white racial equilibrium.

This fragility is why white church leaders are less likely than black church leaders to speak out against racial injustice. Furthermore, when white church leaders do speak against such injustice, they tend to do so less directly than some of their black counterparts do. In addition to white leaders’ own fragility, pastoral leadership requires them to consider their congregants’ fragility even when prophetically calling for social/ecclesial change.

Race, white privilege, and white fragility are realities in my culture. Although Christian communication might contribute to an eventual decrease of the privilege and fragility, such proclamation must oppose the sins of racism (individual and systemic) and white supremacy (ideological and structural).

In 1968, shortly after the assassination of Martin Luther King Jr., John Allen Chalk explained that “racism threatens the very heart of Christianity, strikes at the root of all Biblical truth, and directly violates Christian faith.” He continued, “Tenets of racism… conflict with the teachings of the God of the Bible,” and added that racism counters the biblical view of the church as including “all kinds of [people]… all nations.” Chalk played on the Great Commission: “Racism would modify Christ’s words to mean, ‘Go ye therefore and teach your own kind,’ or even worse, ‘Go ye therefore and teach all nations, making sure to keep them in their place.’”

In addition to these observations, this letter calls white church leaders to three levels of introspection. Because of white fragility, all three can be difficult. But they are needed.

We need to look deeply into our own souls to discover how we, as individuals, have contributed to racism and white supremacy. Instead of supporting racial inequality (intentionally or unintentionally, actively or passively), we must resist it.

We need to lead our congregations in considering how they, as communities, have contributed to racial injustice. In a sermon responding to King’s assassination, John Scott combined individual and congregational introspection: “If we did not object, we have a responsibility, if we have not spoken out clearly and specifically. I had more than one opportunity to object and I didn’t do it.”

We need to lead our denominations in considering their contributions to racial inequality. Although recent statements have condemned white supremacist actions, we need denominational confessions of injustice. One example for others to follow is Reconciliation Reconsidered: Advancing the National Conversation on Race in Churches of Christ.

Reflection through observation and introspection must lead to action.

White Christians will inevitably ask, “But what do we do?” This question perpetuates the problem. People of color did not create white supremacy; white people did. To ask a racial minority how to solve a problem they didn’t create and one under which they suffer only adds to their burdens.

But he continues, “There are no straightforward, plug-and-play solutions. Despite all the unique situations in churches across the country, some general principles for battling white supremacy apply.”

He offers four suggestions. First, “Admit the American church was built on white supremacy.” The second is related to my above comments: “Confess and repent of past sins.” Third, “Commit to responding to white supremacy with the vigor that the problem requires.” Finally, “Listen to black people.”

We white church leaders can appreciate Tisby’s “general principles,” but we need also to heed his observation that the responsibility is ours. We whites must do the work of prayerfully discerning how to resist injustice in the spirit of the biblical prophets. Here are two beginning points.

In many segments of white Christianity, we have operated from apolitical theologies that assume a spiritual-worldly dichotomy, arising more from Plato than from the Bible. Such theology frequently uses kingdom language. It goes something like this: Jesus inaugurated the Kingdom of God, which will be fulfilled at the end of time; and in the meantime the church’s job is to nurture local communities of that kingdom and not to get involved with the concerns of worldly kingdoms, such as the US government.

However, we should consider the ministry of Jesus. He preached and demonstrated the Kingdom of God as a way of life characterized by love, justice, peace, and so forth. As Kathy Pulley said in her 1984 Easter sermon, Jesus “came to the disenfranchised and those on the margins of society.” (Think of Luke 4:18 and 7:22.).

And his ministry was political. Anchored in Hebrew scriptures that confronted political powers, Jesus was willing to oppose his people’s leaders, to call them out about injustice, and even to call them hypocrites. And his title as Son of God was a direct opposition to Roman emperors who claimed the same title.

As we reconsider our theologies, we also must commit to being actively engaged with social justice efforts in our respective communities. This is kingdom work, and there are many ways to get involved.

We should consider our personalities and skills, pay attention to opportunities in our communities, and discern how to support justice efforts. Some of us will be organizers. Some will be speakers. Some will be researchers and writers. Some will simply show up at events.

But all of us should inform our congregations of opportunities to participate in justice efforts. To do so, we must stay connected beyond our congregations and denominations. We must be connected to our communities: read the news, keep a “finger on the pulse” of social media, subscribe to receive notices from local organizations like Black Lives Matter, Showing Up for Racial Justice, and other groups such as, in my city, the Memphis Interfaith Coalition for Action and Hope.

And let’s remind ourselves and our congregations that, when we show up for these events, we should do so as learners rather than experts. We should show up not to evaluate, judge, or critique activist efforts. Instead, we should show up to support and learn, with a willingness to be challenged and offended.

For more ideas, consult this document from the Episcopal Church.

John Allen Chalk said, “Traditional Christianity has failed to answer the challenge of racism…. Where racism flourishes Christianity dies. And where Christ rules the hearts and lives of [people] racism is destroyed.”

After reflection, we commit to action. How will you participate?

Your brother in Christ,

Steven Tramel Gaines preaches for Cordova Community Church and is a PhD student at the University of Memphis, researching rhetoric, race, and religion. 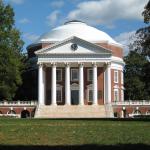 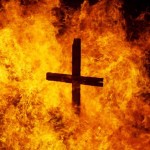