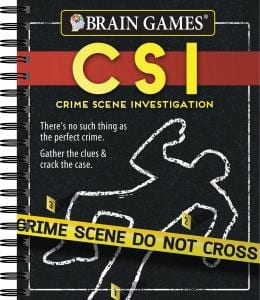 Were Ananias and Sapphira killed by the Holy Spirit as many claim (Acts 5:1-11)? Well, the passage doesn’t even “literally” say that God killed them, so we have to look closer at the passage’s subtext to do a fair CSI investigation as to the true cause of their deaths.

Peter asked Sapphira in the literal Greek of verse 9, “Why did the two of you agree to pressure the Spirit?” (Word Study Greek-English New Testament, Paul R. McReynolds, Tyndall, pp. 441 (1999). In other words, why did you two push away the protective presence of God? The implication is clear then that Satan, not God, is the culprit here. Satan “filled their hearts” to lie, then Ananias and Sapphira quenched away God’s protective presence with their sin, then Satan filled the vacuum in their hearts with his oppressive condemnation, and they both died.

McReynolds’ interlinear translation of 1 Corinthians 10:9 describes this same dynamic. “But not we might PRESSURE OUT the Christ, just as some of them PRESSURED and by the snakes were destroyed.” Interlinear translations can be a little awkward to our ear, but they often give us the gold of better understanding Scripture texts. This above translation helps us better clarify what dynamics the Acts passage is describing.

Ananias and Sapphira’s rampant neglect and disbelief toward God, combined with their fear toward their circumstances, all combined to do the following. THEY PRESSURED OUT THE PROTECTIVE PRESENCE OF CHRIST AND WERE DESTROYED BY SATAN. And just how did Satan kill them? Below, we will see that Satan used his favorite weapons– fear and condemnation– to kill these two pathetic people.

And, actually, the passage doesn’t say anybody actually killed them, but they themselves “gave up the ghost” (spirit) AFTER hearing Peter’s words of condemnation. It may well be that they feared Peter’s words so much that they just surrendered their will to live.

We all know, or have heard of, people who give up on life in despair, some gradually, others in an instant in time. Some “give up their spirit” because of a broken heart, or impending sickness or disaster. Perhaps they were so worried about their sin because it was one of the first of the church age, and they thought it was perhaps unforgivable.

In other words, it appears Annanias and Sapphira were condemned to death. But was this God’s will? Was it God’s best? Did Peter show them the same grace he himself received when he betrayed the Lord three times in one night? What if somebody in apostolic authority, James or John for instance, told Peter to essentially “drop dead” in the wake of his sin, might he also have given up the ghost?

Did Peter extend God’s grace to them to NOT hold this sin to their account, as Jesus did, as the martyr Stephen did, or did he even try to minister repentance to them, to counsel them, to pray for them, to intercede for them, to lay hands on them to be forgiven and healed, or any of the other things Scripture and later Church practice advised?

What about this passage? “Brethren , if a person be overtaken in a fault , you which are spiritual , restore such an one in the spirit of meekness ; considering yourself , lest you also be tempted .” Galatians 6:1.

Why, in Jesus’ name, was the space to repent NOT offered to Ananias and Sapphira in this situation by Peter?

Matthew 18:15-17 instructs us how to FIRST go privately to one caught up in a trespass, THEN to go with other witnesses if the private correction is not received by the person, and only THEN to bring public confrontation if the person remains unrepentant. And even then, the worse punishment is excommunication, NOT murder.

God’s way is to confront a sin WITH the goal of restoration and repentance of the sinner, NOT summary execution. Why wasn’t this gracious dynamic followed?

Was the spirit of these merciful passages just cited above followed by Peter? No, Peter appeared to quickly and immediately condemn them, after which he basically just stepped out of the way and let the Devil have them. If lying to the Holy Spirit by holding back some of our resources REALLY mandated immediate Holy Spirit execution, then how many of us would still be standing? How many of us would not have been executed long ago? Perhaps the moral of this passage is more about Peter’s mercy-deficit than it is about Annaias and Sapphira’s faith-deficit.

Peter was not perfect. He had a well known quick trigger when it came to anger or frustration. He was quick to use the physical sword to cut an ear off an approaching soldier. He was also quick to use the verbal sword, such as when he told Simon the sorcerer to perish on the spot along with his money. Perhaps, Peter was also quick here to likewise thrust a murderous impulse here to Ananias and Sapphira.

If Paul had the guts to “withstand Peter to his face” (Galatians 2:11) for possible spiritual error, shouldn’t we too have the guts if, of course, the Holy Spirit so leads?

But, didn’t great fear come on the church in the wake of these deaths? It can be argued that the “great fear” that came on the church in the wake of this event, and the subsequent healing of the sick from Peter’s cast shadow, came more from men wrongly, excessively, and fearfully elevating Peter rather than through the exercising of pure faith in Christ.

If we, as part of a young and inexperienced church body, saw a revered leader such as Peter appear to instill such fear that people dropped dead, literally scared and condemned to death, then we too might start to idolize his “shadow.” His presence, word and opinion might supplant or displace our faith in Jesus. We might turn Peter into an earthly Pope, kiss his ring, worship his shadow, etc. If people got legitimately healed from Peter’s ministry, it was despite Peter’s anger, not because of it.

And here is another thought. If the common interpretation is correct that God had Peter denounce Ananias and Sapphira to death for withholding truth and resources from the Holy Spirit, then Church history should be full of famous Christians who likewise verbally struck down and assassinated all the millions upon millions who have, at one time or another, withheld truth or resources from God ever since Ananias and Saphira. In fact, we should still be seeing people regularly executed as a normal part of Church meetings and discipline.

But, that is not the case.

So, again, when Peter appears a little too quick on the trigger to tell people to “drop dead” for their transgressions ( Sapphira and Simon in Acts 5 and 8), should we willing to withstand his actions if our conscience compels us?

Do we follow the Holy Spirit or Peter? Jesus or Peter? I honestly can’t see Jesus telling anybody to drop dead on the spot. That ain’t the way He rolled— ever. Jesus might rattle their religious cage, but He never cursed someone to die on the spot. Be merciful seven times seventy, overcome evil with good, bless your enemy and pray for them that despitefully use you. I don’t see “curse them to die or perish on the spot” on that list in Matthew 5:38-48.

And don’t get me wrong, I love Peter, but are we to assume he was flawless in his every dealing? Paul sure didn’t.

None of us are yet flawless in ministering the mercies of God. After telling Simon to “perish” along with his money, Simon asks Peter to pray for him that the things Peter spoke not happen to him. But, Scripture is silent as to whether Peter then prayed for him. I sure hope he did. I would definitely withstand Peter to his face if he didn’t on that issue. Jesus is our model, not Peter.

These are all questions the Holy Spirit wants to minister to us. It is understandable that the infant Church might have less tolerance and patience than a more mature and experienced group of believers. I know when I was newly converted and freshly fervent in the Spirit, my tolerance level for others’ unbelief was small. I would have been just as firm and ferocious as Peter. But, with time and maturity, and after suffering through many of my own grievous failures, my patience for people’s shortcomings, sins, and failures has exponentially increased. I am not nearly as quick to pull the condemnation trigger as I used to be.

Paul had the courage to “withstand Peter to his face” when Peter was wrong (Galatians 2:11). Perhaps WE should “withstand Peter to his face” in this passage as well. But regardless, one thing is certain. God did not kill Ananias and Sapphira. Satan did. Satan was certainly working lies and crippling condemnation in their hearts, and possibly in the hardening Peter’s heart toward them as well which kept him from ministering protective mercy. But, Satan was the true behind-the-scenes assassin here any way you look at it.

Here are two audio teachings I did on the Ananias and Sapphira issue. They are really worth a listen.

January 1, 2020
Why Didn’t Jesus Just Handwrite the New Testament Himself?
Next Post

Why Jesus was Obsessed with Outsiders
The first text in the new “Faith and Doubt” colloquium that I...
view all Progressive Christian blogs
What Are Your Thoughts?leave a comment
Copyright 2008-2021, Patheos. All rights reserved.