Privilege and the Loss of Personhood

I recently read a book review that got me thinking about privilege. https://www.washingtonpost.com/news/book-party/wp/2017/03/23/the-last-thing-on-privilege-youll-ever-need-to-read.

As it happened I’d been identified as “cis-gendered male,” on Facebook. And so I started to reflect on just what privilege means in terms of identity

When I was 12 my father died. The family moved to a new town. I had to start working (newspaper delivery, Dairy Queen, etc. etc.) From age 12 to 61 I have worked for a living. Most of my friends didn’t. I didn’t think of myself as privileged.

Then I went to the University of Texas. I played in the Longhorn Band. One evening my roommates (both from South Texas) pulled out the records of their High School Band. And I pulled out mine. In their senior year their band played music I had played in 8th grade. It turns out I’d grown up in an excellent school district with all kinds of musical resources. In several ways, musically and academically I was literally a few years ahead of my college roommates. I was privileged after all.

Then my family and I left the US to work. It turns out that while I was gone for 20 years the study of privilege had burgeoned into an academic industry and would quickly become a touchstone of political discourse.

There is obvious utility from the standpoint of political science and political  effectiveness to studying how privilege (and with it power) are distributed in society, and the basis on which they are distributed, possessed, and deployed. Unfortunately discussions of privilege have also been wound up into issues of identity and moral worth.

In my realm, theology, the rise of liberation theology and God’s “preferential option for the poor” frequently confused the moral urgency of addressing oppressive structures with the moral worth of the oppressed.

This was exacerbated by the post-modern critique of any claim to possess objective truth. Rather, all truth claims were located within and shaped by those same structures that oppressed and marginalized women, people of color, the poor, and any others not privileged with power. If you were claiming to speak the truth your social location, and the default position was that truth was spoken to power rather than within power. So if truth has value, then that value adheres to the oppressed and the prophets.

Your standpoint meant everything if you were to have anything to say.

In one sense this is almost a truism. Social location is no different from physical location. You can see things from one perspective you can’t see from another. But discussions of privilege and alterity, center and margins, have gone far beyond this common sense observation. Greater intellectual and moral value is assigned to perspectives “from the margins” or from the oppressed. Privilege blinds, oppression opens one’s eyes. In a way its an old discourse. The poor know about the “real world” while the privileged don’t. And ironically, “ivory tower” academics can affirm this with their analysis of privilege.

One basis for assigning moral value to the margins was the necessary deconstruction of an Enlightenment worldview. The very idea of an “objective” and value-free understanding of reality can be understood as a creation of the privileged to justify and sustain in their privilege. To break out of that mold all perspectives must identify their subjectivity.

Thus it becomes fashionable, even necessary to precede every statement by a list of potentially blinding forms of subjectivity. And this in turn leads to confessing one’s position of privilege, with new types of privilege emerging with each new realization of some newly identified form of marginalization. 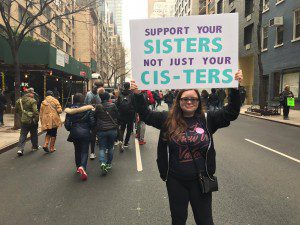 The most recent of these I know of is “cis-gendered” or the privilege one has if one’s physical gender matches one’s self understanding of gender. In other words if you are physically male and think of yourself as male you have this particular privilege, regardless of whether you are straight or gay. This is the necessary opposite of those who are marginalized as transgendered.

So I suppose I should have preceded this blog by noting that I’m a cis-gendered, white, heterosexual, middle class, male, citizen by birth, American. Which is just about as privileged as you can get in the contemporary United States. The list of perspectives and forms of marginalization that I’ve never experienced is long. And inevitable subjectivity linked to privilege in concert with the valorizing of the subjective experience of the marginalized means my viewpoint (and that’s all we have, viewpoints, there are no facts, remember) is close to useless. Right?

I say this because I’ve been called out in public as “privileged” precisely with the intent of dismissing my statements from serious consideration.

Yet there is a problem. Because the list of forms of privilege I enjoy doesn’t comprise the entirety of my human experience. For example: I share with many of the many of America’s marginalized that I have been an undocumented worker. And I’ve been deported for it; forcibly separated from my wife and children. One of my children has been deported as undocumented as well. Once when he was only 4 years old!

I’ve worked for years in a second language I didn’t speak well, and have had government bureaucrats shout me down because I didn’t speak their language well enough. I’ve been demoted in a large corporate restructure. My wife, a member of a religious and ethnic minority in her home country has suffered worse, and at times the whole family has been tied to how she is treated.

So how does that fit into the privilege equation? It doesn’t really.

Because the problem with the discourse about privilege is that it does something that academics in the thrall of Marx and Nietzsche have been doing for years: reducing individual human beings and their unique experiences to mere nodes in networks of power. Personality, personal experience and even personhood disappear in a discourse that cares no more for individuals and their unique experiences than Marx cared about either the “lumpenproleteriate” or the bourgeoisie.

A discourse one hopes was intended to recognize the personhood of the marginalized devolves into discussions about privilege and power in which marginalized (and privileged) human persons disappear entirely behind structures of coercive power. People who once had names become simply “an undocumented Latino woman,” or “a transgendered African America,” or an “Asian-American cis-gendered gay man.” You don’t need a name, everyone already has your number in the power equation.

Maybe that’s why I like the poem that follows. It sees the subtle and no so subtle power plays that mark a world of privilege and marginalization, but insists that rather than living on the border, the author will live “sin fronteras.”

To Live In The Borderlands, be a crossroads. 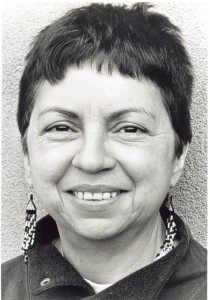 To live in the borderlands means you
are neither hispana india negra espanola
ni gabacha, eres mestiza, mulata, half-breed
caught in the crossfire between camps
while carrying all five races on your back
not knowing which side to turn to, run from;
To live in the Borderlands means knowing that the india in you, betrayed for 500 years,
is no longer speaking to you,
the mexicanas call you rajetas, that denying the Anglo inside you
is as bad as having denied the Indian or Black;
Cuando vives en la frontera
people walk through you, the wind steals your voice,
you’re a burra, buey, scapegoat,
forerunner of a new race,
half and half-both woman and man, neither-a new gender;
To live in the Borderlands means to
put chile in the borscht,
eat whole wheat tortillas,
speak Tex-Mex with a Brooklyn accent;
be stopped by la migra at the border checkpoints;
Living in the Borderlands means you fight hard to
resist the gold elixir beckoning from the bottle,
the pull of the gun barrel,
the rope crushing the hollow of your throat;
In the Borderlands
you are the battleground
where enemies are kin to each other;
you are at home, a stranger,
the border disputes have been settled
the volley of shots have scattered the truce
you are wounded, lost in action
dead, fighting back;
To live in the Borderlands means
the mill with the razor white teeth wants to shred off
your olive-red skin, crush out the kernel, your heart
pound you pinch you roll you out
smelling like white bread but dead;
To survive the Borderlands
you must live sin fronteras.
be a crossroads.

How to Cope with the Post-Summertime Blues
As a young adult growing up in the Northeast, I used to...
view all Interfaith blogs
What Are Your Thoughts?leave a comment
Copyright 2008-2021, Patheos. All rights reserved.
Close Ad