Sex, Money and Power: How We Confirm the Biblical-Christian Doctrine of “Original Sin”

Sex, Money and Power: How We Confirm the Biblical-Christian Doctrine of “Original Sin” 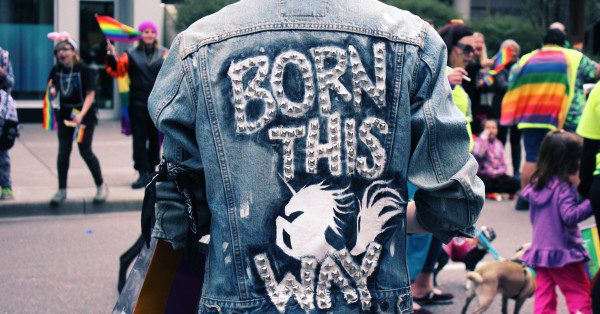 Whether or not the Adam of Genesis 3 and Romans 1 (among other biblical references) was an actual historical person from whom all people are descended is debatable and probably will always be debated—especially in light of modern science. I will not say it doesn’t matter; what I will say is that what matters more is the traditional biblical-Christian belief that all human beings—with the one exception of Jesus Christ—are “born into sin.” But what does that mean?

There are many Christian theories of what it means. But the biblical witness about the matter is clear and anyone who reads the Bible knows that it teaches that “things are not as they should be” with us—individuals and humanity as a whole. “The heart of man is desperately wicked” (paraphrase of Jeremiah 17:9). But the most important biblical basis of the doctrine of original sin or universal fallenness is the fact that God had to come among us, as one of us, to save us because we are incapable of saving ourselves.

I aver—against all forms of modern, liberal theology (to say nothing of secular thought) that this belief in a universal fallenness of humanity is a crucial part of the gospel and of biblical-historical Christianity. Anyone who denies it is stepping outside and away from both the gospel and real Christianity.

Having said that, I readily admit that, when it comes to this teaching of biblical-historical Christianity, “the devil is in the details.” I do not want to get into the details; there are many questions about this doctrine and orthodox interpretations of it. What really matters is simply belief that every human person who has ever lived, except Jesus Christ himself, and every human person who will ever live—before the return of Christ and the appearing of his new creation—is  in some sense a sinner in need of redemption through Christ’s atoning death on the cross.

Does this crucial Christian belief find any experiential support? Both G. K. Chesterton and Reinhold Niebuhr have been credited with the maxim that (paraphrasing) “Original sin is the only empirically provable doctrine of the Christian faith.” Some version of that can be read in both their writings; it doesn’t matter who said it first. It is true and should be obvious to everyone.

The first “devil in the details” question some will want to raise is “What about infants and children?” Many Protestants, especially those in the Free Church traditions that reject infant baptism, will simply say that they are innocent but fallen. That is, for them, as for everyone born (except Jesus Christ), original sin as a disposition and proclivity to sin willfully exists in them as a “time bomb” waiting to go off. If they mature to responsible freedom where they become aware of their guilt, they will transgress God’s will. It is inevitable even if not ontologically necessary (Niebuhr). At that point, the one Baptists typically refer to as “the age of accountability,” the “time bomb” of original sin explodes into full blown guilt.

Moving on to my main point: Chesterton and Niebuhr were surely right. How do we know? Speaking only for myself, but affirming also that this is an orthodox Christian belief, sex, money and power always tend to corrupt even the allegedly most altruistic, kind, generous souls.

True, in and of themselves, sex, money and power are not evil; nothing in God’s good creation is intrinsically evil. However, given our fallen human nature, these otherwise good things have a special ability to drag otherwise seemingly good people down into doing overtly evil things.

Two things follow from that claim. First, there does not seem to be any escaping one or another of these super-personal forces; they are ubiquitous in human life. Christian asceticism, such as monasticism, was an attempt to escape them. But even in monasteries sex and power are present as temptations (even if money is not). Second, some societies and cultures seem to regard these ever-present tempting forces as idols. One might well argue that no society or culture can escape them entirely. But what is especially pernicious is when sex, money and power become public idols as in much American advertising and entertainment.

I will go so far as to aver that American society has become seriously decadent in this regard—largely through consumer-driven advertising and largely through entertainment. My point is not that without these aspects of American society people would be spiritually pristine. My point is that we Christians are not sufficiently vigilant among ourselves in warning against the lure, the influence, the subtle power of these temptations. Warning against them by itself, however, is not enough. To avoid being seduced into them, especially in a culture saturated with them as goods to be sought and enjoyed, even as necessities for fulfilled human living, we need the inward transforming power of the Holy Spirit.

I believe that today, in the second decade of the twenty-first century, in America, we need a renewed sense—among Christians—of our fallen nature and the corrupting influences of sex, money (including material possessions), and power. And, speaking only for myself, I will go out on a limb and assert that Christians’ support of a Head of State whose whole life has been apparently marked by worship of sex, money and power evidences in an undeniable way their lack of belief in the biblical-traditional teaching about original sin, fallenness, and their willful ignorance of the corrupting power of sex, money and power. Say what they will, the fact is that the Head of State of America is a role model. His election to that office, supported largely by self-identified conservative Christians, amounts to a public announcement that they do not really care about character; it evidences a severe lack of realization of the symbolic power of that office and its influence on especially young people.

February 7, 2017
Is Belief in a "Historical Adam" an Essential Christian Belief?
Next Post

February 13, 2017 The Main Point of the Christian Doctrine of Sin: We Are All "Damaged Goods"
Recent Comments
0 | Leave a Comment
"I worked very closely with a philosopher who studied philosophy in Japan at a Buddhist ..."
Roger Olson Does God Have His Own Logic?
"I agree with the commenter here (yesterday I think) who argued that celibacy is no ..."
Roger Olson When May Contemporary Christians Diverge from ..."
"Yes, of course I’m not talking here about folk religion and its perceptions of “traditions” ..."
Roger Olson Having Said That…There Are Times When ..."
"That is a poor translation of arsenokotai by which Paul obviously meant more than just ..."
Roger Olson When May Contemporary Christians Diverge from ..."
Browse Our Archives
get the latest from
Roger E. Olson
Sign up for our newsletter
POPULAR AT PATHEOS Evangelical
1

Evangelical
Truth Is Truth--Whatever Its Source May Be (Thoughts...
Roger E. Olson
TRENDING AT PATHEOS Evangelical