The Main Point of the Christian Doctrine of Sin: We Are All “Damaged Goods”

The Main Point of the Christian Doctrine of Sin: We Are All “Damaged Goods” 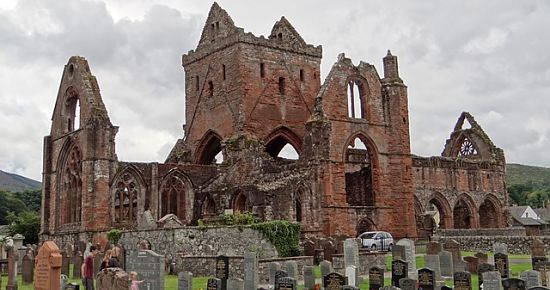 My previous two essays posted here are about the Christian idea of sin—especially the Christian idea of the “fall” into sin. My main focus in them was “fallenness,” not individual sins themselves. Traditional Christianity of all tribes and types has always emphasized a distinction between sin as a condition of being fallen away from communion with God and from our true nature and sin as individual wrong decisions and acts. Christians have traditionally believed that the latter follow from the former in some inevitable way difficult to pin down. Many theories have arisen among Christians; in my opinion what really matters is that “sin” is more than just individual decisions and actions contrary to God’s will. In biblical-traditional Christian doctrine, sin is first and foremost a condition of being broken—from communion with God and from our own true nature as intended by God.

In other words, according to the Bible (both New Testament and Old), things in human life are not at all the way they are supposed to be. We are all “damaged goods” and so is creation itself. This is why we all, including creation, need redemption. In this worldview, this Christian perspective on human essence and existence, Jesus Christ is the one exception; he was and is not broken but always in perfect fellowship with God and living harmoniously with the will of God. In this sense, Jesus is the exception to the rest of humanity—except that he subjected himself to the fallenness of creation. This is not the time or place to go into all the questions this raises and all the answers Christians have given to them.

In other words, with the sole exception of Jesus, things in human life are not at all the way they are supposed to be. Even our best decisions and actions are tainted by egoism, as Reinhold Niebuhr declared.

None of this implies, of course, that everyone is as bad as they could possibly be—at least in terms of the “evilness” of their decisions and actions. Some sinners (and we are all sinners) are nicer than others. But that is beside the point. The point of the biblical-traditional Christian doctrine of sin, of fallenness, is that even in their niceness sinners all fall short of God’s intention for human life. Everyone needs redemption no matter how nice or virtuous they are. How do we know? Well, there are three answers to that question: 1) No human being past, present or future (until the consummation of God’s plan for a new creation referred to in Romans 8) does not need Jesus Christ as his or her savior; 2) The whole Bible testifies to this corruption of human nature; 3) Experience carefully examined reveals that no human being is free from the seductive powers of sex, money and power or succeeds in rising above that—before and apart from the saving power of the Holy Spirit.

Unfortunately, in my humble opinion as a teacher of Christian theology for most of my life, far too many Christians have forgotten, or never been taught, this biblical and traditional Christian doctrine—that the whole of creation, including human existence—has “fallen” from the Creator’s design, intention, purpose and needs redemption—including reconciliation with God and healing of the “bondage to decay” that every part of the created order suffers.

Some readers will notice that I have now introduced a new focus into this discussion—the fallenness of creation itself. Nothing in creation, including the whole of creation, is as it should be. It all needs redemption by God’s loving power. This is the inescapable import of Romans 8:18-25 together with the whole biblical story—including the future new heaven and new earth promised by God in the Book of Revelation (and elsewhere).

What is the goal of all this? What am I “getting at?” Now I will attempt to “bring it home.”

In my considered opinion, far too many Christians are “buying into” the claim made by many people—both religious and secular—that “I was born this way” means “You must accept and affirm the way I am.” Again, in my considered opinion, this “buy into” can only be because they have either never really learned the biblical-orthodox Christian doctrine—that the whole of creation is “objectively disordered” (due to the fall)—or chosen to ignore or reject it.

Now, let me say as LOUDLY as possible that I am NOT here talking at all about secular civil rights, the laws of the state, or even loving embrace of sinners. I am talking about the functioning of Christian churches and organizations within themselves—membership and leadership especially. It is simply heterodoxy, if not heresy, for any Christian teacher or leader to deny the radical fallenness of the whole of creation including every person born (with the sole exception of Jesus Christ). In other words, biblical-traditional Christianity, of all types and tribes, has always believed and taught, and we should still believe and teach, that nothing and no one is born as they were meant to be by God; all are born (to use Catholic language) “objectively disordered” even if that disordered condition manifests in different ways.

The idea that “being born a certain way” automatically makes that “way” right and good is a blatant denial of the biblical-traditional doctrine of sin. And it opens the door to numerous distortions and eventual denials of other crucial Christian doctrines (including, I suspect, the universal need for redemption through Jesus Christ). What tends to happen, surrounding this unbiblical and unorthodox claim, is an elevation of inclusion of everyone (who wants to be included) within the Body of Christ, regardless of their lack of acknowledgement and repentance of their being fallen and sinners, to the status of a doctrine. That doctrine cannot be found in Scripture, so this elevation ultimately denies biblical revelation, overriding it with cultural accommodation. (American culture especially tends to elevate tolerance and acceptance to the status of the most important virtue.)

This elevation of inclusion opens the door, the Pandora’s box, the can of worms, to the church being compatible with anything and everything—except exclusion. The endpoint—insofar as such a church continues on that path (which seems inevitable)—is spiritual death: Ichabod—“the Glory has departed.”

I will end with an illustration. For some years I attended a church that frequently sang (congregationally) a “modern hymn” that is all about inclusion: “For Everyone Born, A Place at the Table.” One line in that “hymn” includes among a long list of people to be welcomed at the “table” “abuser and abused”—without any hint (so far as I could ever discern) of a need for repentance and change. This particular church had no qualms about changing the lyrics of hymns, so it could have replaced that line with something else. It didn’t—even after I pointed out the issue I had with the song several times. What message does that line send to abusing parents, husbands or wives, boyfriends and girlfriends? What message does that line send to people who suffer abuse?

Yes, of course, abusers should be welcomed, but not affirmed. If they are known by the church to be abusers they should be preached to, counseled, called to repentance and helped to change—before being welcomed at the table (or made leaders or teachers).

But what if a family abuser (or anyone who is known physically or emotionally to abuse others) says to the church “But I was born this way. My father had anger issues and abused me when I was a child and adolescent. I inherited this and cannot help myself. You should accept me as I am and not require me to name my uncontrollable temper as sin and repent of it”? (And what if he or she says “You sing that song…!”?

So far, anyway, the vast majority of all churches I know anything about would say “No, you need to repent and that includes getting help to overcome your anger issues and abusive behaviors.” But why? Only because (physically) abusive behavior is illegal? Hopefully not. Can it be proven that persons are not inclined by “nature and nurture” to such abusive behaviors? I doubt it.

The “logic” that says we must accept people as they are within the church simply because they were “born that way” does not hold up—either theologically or intuitively. However, that logic does have the effect, I fear, of opening the door to having no boundaries—except perhaps what the law (or insurance company) requires.

The biblical-traditional-orthodox doctrine that the whole of creation, including “everyone born” (with the sole exception of Jesus Christ), is “damaged goods” is a linchpin doctrine of the Christian faith because its denial leads inevitably to a denial of the universal need for redemption—“redemptionless Christianity” is an oxymoron.

February 10, 2017
Sex, Money and Power: How We Confirm the Biblical-Christian Doctrine of "Original Sin"
Next Post