And Now the Hidden Fascists and Conservative Extremists Come out of the Closet: What Christian Leaders Need to Do

And Now the Hidden Fascists and Conservative Extremists Come out of the Closet: What Christian Leaders Need to Do 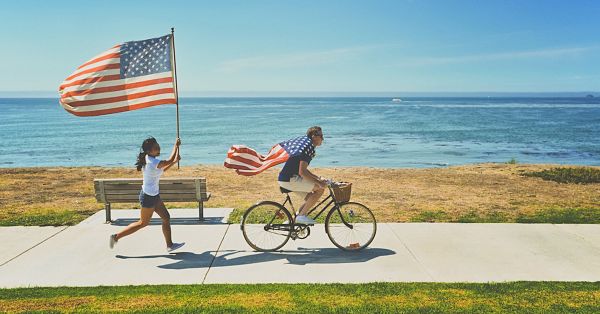 Kudos to Southern Baptist Russell Moore (president of the Southern Baptist Ethics and Religious Liberty Commission) for his uncompromising condemnations of white supremacy (in a recent column in the Washington Post).

(I still think he owes me an apology for inventing a quote about open theism and attributing it to me in the Baptist Press in 2002, but to dwell on that lapse of ethics now would be petty.*)

Rumor has it that the national executive board of the Southern Baptist Convention has called Moore to reign in his criticism of President Trump and some of his supporters and advisors. If true, I hope he ignores them and continues his very Christian and very reasonable criticisms of the “alternative right” in contemporary America.

In my opinion, America today is existing in an extremely precarious position with large and very vocal minorities—including some well-known and highly visible non-profit organizations—implying that violence against their “liberal” opponents would be justified. I’m not going to name them here, but anyone who reads the news cannot be ignorant of what is going on. (And these facts are not “alternative facts” invented by the “liberal press” because the articles include direct quotes from the organizations’ own web sites, press releases and publications.)

In my opinion, the time has come for Christian organizations of all kinds to loudly and firmly take a public stand against even covert racism and implicit calls for legal suppression of Constitutional freedoms. (A bill now before the Texas state legislature would make it illegal to promote boycotting a certain nation state’s industrial products and tourism to it. There is no possibility such a law would hold up in court, so the bill’s promoters and supporters are obviously simply expressing their own, personal view—probably “playing to” certain constituents. Nevertheless, this is just one example of many where today’s “alternative right” is making noise about shredding the U.S. Constitution.)

Let’s go back in time, in our imaginations, of course, to Germany in 1932. What if the majority of bishops of the state churches, both Protestant and Catholic, had publicly condemned “racial purity,” the budding religion of “[German] blood and soil,” the rising calls for persecution of Jews, the calls to re-arm against international law, and the whole of Mein Kampf as virulent hate speech barely disguised? What if they had come together and “nipped fascism in the bud” before it bloomed into full flower? Might history have turned out differently? I suspect so.

I am here calling for pastors, denominational leaders, leaders of Christian organizations, to risk the loss of millions of members and adherents, subscribers and supporters, by publicly taking a firm stand against the so-called “alternative right” and its rabid nationalism, barely disguised racism, and budding calls for suppression of basic constitutional rights. (I saw and heard one leader label opposition to America’s military adventures in the Middle East “treason.”)

Some years ago a friend of mine who is a well-known theologian and pastor of a mega-church preached a series of sermons against the idea that America is a “Christian nation.” (He then published his sermon series as a book entitled The Myth of a Christian Nation.) He lost approximately one thousand regular attenders. One leading member of the church told me privately that he, personally, considered it a “back door revival.” From all that I have learned about the situation I believe most of the people who left were at that church primarily because they considered it a haven and support group for their conservative political views—which it never really was. But millions upon millions of Americans have sought out and joined certain churches primarily because they confuse being “evangelical” with being “alt right”—a confusion created by the media.

What that pastor did is what I am calling for here—from the pulpit, now with full legal freedom and no fear of the IRS—to specifically condemn 1) white supremacy and other forms of hate in all its forms including subtle ones, and 2) calls for violence against or government suppression of people with alternative social and political views. I am not calling for any form of violence or legal suppression; I am calling for church discipline of political and social extremists.

Wherever white supremacy rears its ugly head, in whatever forms, however covert and hidden behind clichés and slogans, Christian leaders need to have the courage to condemn it and hold its supporters accountable by calling them to repent and, if they will not, telling them “You are not welcome here.” The same goes for those sitting in church pews who express any prejudice against anyone because of something about themselves they cannot help.

What I am calling for is an American Kirchenkampf—such as finally happened in Germany too late. (“Kirchenkampf” means “church struggle” and in Germany it led to the formation of the Confessing Church that Bonhoeffer joined but criticized for being too weak in its public condemnations of fascism and “Aryan supremacy.”) I am not calling for Christian leaders to support any political party or even any specific political platform; I am calling for American Christian leaders to condemn in no uncertain terms all hate speech and calls for violence against and/or legal persecution of people exercising their constitutional rights however subtle they may be.

(*In 2002, when he was still at Southern Baptist Theological Seminary, Moore wrote an article for the Baptist Press which was disseminated to all the Southern Baptist state newspapers in which he attributed to me a pro-open theism statement I never made. At that time, that could have been damaging to my professional relationships with certain people of great influence and power in the evangelical community. It could also have been damaging to the Baptist institution where I teach. I asked him to retract the statement and apologize, something he never did. He ignored my later requests that he apologize for it as well. To me, this was an ethical lapse on Moore’s part—however temporary and out of character. He still owes me an apology.)

August 26, 2017
Why Can't There Be Organizations Just for Boys?
Next Post