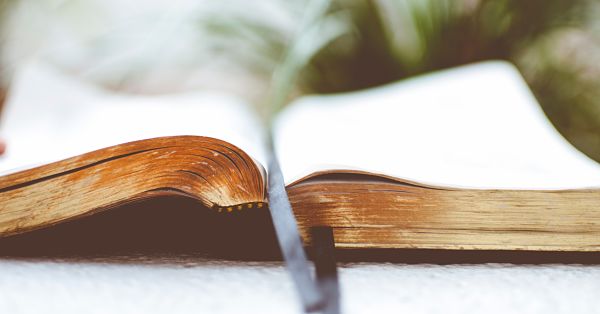 Mark Galli is a good friend (I’m not saying he would say the same about me) and a brilliant and influential contemporary evangelical theologian and editor. He is the Editor in Chief of Christianity Today—the flagship publication of evangelicalism in America. He has written many books including Jesus Mean and Wild which I especially liked. We don’t always agree; I happened not to agree with his response to Rob Bell’s Love Wins. But that’s all water under the bridge and, so far as I know, has never disturbed our relationship.

However, my purpose here is not so much to review Mark’s biography of Barth as to recommend it and raise a question about something in it.

In Chapter 12, “Church Dogmatics—Universal Reconciliation” Mark wrestles with whether Barth believed in what others call “apokatastasis”—or “universal reconciliation.” Here is my brief summary of what seems to be his conclusion in agreement with theologian Oliver Crisp: The logic of Barth’s doctrine of election, if pushed to its logical conclusion, which Barth never did, seems to lead to universalism. However, there are aspects in Barth’s Church Dogmatics that seem to deny universalism. So, the best approach and response to the question “Was Barth a universalist?” is reverent agnosticism. We don’t know.

Then, in the middle of this chapter, Mark goes off on a kind of “sidebar” about a position some have labeled “evangelical Calvinism.” He mentions disciples of T. F. Torrance—Barth’s most influential English-speaking interpreter and a great theologian in his own right. Mark mentions especially respectfully Jeff McSwain of Young Life and founder of Reality Ministries.

McSwain seems to be typical of those Torrance-followers who are now calling themselves “evangelical Calvinists” and representing that view as the solution to the old question of universal salvation versus the real need for a decision of faith.

McSwain, if not Mark Galli, seems to believe this is the much sought for “middle ground” between Calvinism and Arminianism. (I blogged here recently that there is no such thing and that all attempts to find one that I have read and heard are really either Calvinistic or Arminian.)

So here is  my interpretation (open to correction) of this view which claims to be rooted in Barth’s very strong emphasis on universal election in Christ (denial of the “L” of TULIP)—which with Torrance strongly agreed—and in Torrance’s emphasis also on the importance of a decision of faith for complete salvation.

McSwain and other Torrance-following “evangelical Calvinists” (possibly including Mark) agree with Barth “like Calvinists” that “the atoning work of Christ actually accomplished reconciliation and forgiveness for everyone for whom Christ died.” And yet, seemingly on the other hand, for this reconciliation and forgiveness to be actualized (my word) “people have to respond” with a free decision of faith.

Now, I urge you—very strongly—to actually read this chapter in Mark’s book. It’s worth the price of the book and you will benefit from reading the whole of the book as well.

But here, right now, just for the purpose of this blog post, I must ask Mark and others who think this approach may be a kind of middle ground between or “both-and” or way around the Calvinist-Arminian divide: Where is the real disagreement with classical Arminian theology in it?

I’m not asking “Will all who call themselves ‘Arminians’ agree with this (that some have called) “evangelical Calvinism?” As everyone who knows me well knows, even though my writings (including here at my blog), I do not define theological categories by what the majority of people who call themselves by that category’s label think. I suspect the majority of people who think they are “Arminian” (and there aren’t many) are really closers to Semi-Pelagianism. And the vast majority of Arminianism’s critics confuse true, classical Arminianism with Semi-Pelagianism.

It seems to me that true, historical Arminianism is fully compatible with belief that Christ’s death on the cross reconciled everyone who ever lived and will live to God and God to them such that every person’s “default position” at birth is “saved.” On the other hand, true, historical Arminianism insists that every person must somehow, in some way, make a free decision of faith for Christ’s reconciling death on the cross to become actualized for him or her—at some point in life.

How is this different from the Torrance-based view now being called (if not by Mark by others) “evangelical Calvinism?” Why can’t it be called “evangelical Arminianism?” Where exactly is the difference?

To me, this view, which Mark seems to espouse, is not a middle ground or hybrid between Calvinism and Arminianism; it is classical Arminianism.

So why this extreme reluctance to call it “Arminianism?” Is it only because of the stigma so widely and deeply wrongly associated with Arminianism—among American (probably also European)

I suspect that here, with regard to this view (so-called “evangelical Calvinism”) I stand with true Calvinists and say (putting words in their mouths with apology) “That view is not Calvinism; it is Arminianism.” I believe it is also “four point Calvinism” taken to its logical conclusion.

August 30, 2017
And Now the Hidden Fascists and Conservative Extremists Come out of the Closet: What Christian Leaders Need to Do
Next Post