Some Reckless but Hopefully Faithful Christian Thoughts about Marriage

Some Reckless but Hopefully Faithful Christian Thoughts about Marriage 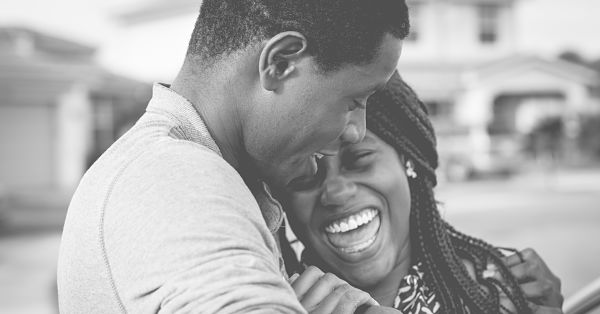 Is Christian recognition of civil marriage a relic of Christendom?

Many of us have come to acknowledge that America is not a “Christian nation.” (I agree completely with my friend Greg Boyd’s The Myth of a Christian Nation and strongly recommend that book to anyone who is interested in what I think about this and why.)

What is “Christendom?” By that, as a Baptist, I mean any attitude, disposition, especially on the parts of Christians, that Christianity should have special privileges granted by the state and that the state should be recognized as in some sense holy by Christians.

I am a Baptist by choice. One reason I became a Baptist (or “baptist” to use theologian James McClendon’s term for most Free Church Protestants) is the historic Baptist doctrine of separation of church and state. From the beginning, going back to the Swiss Brethren in 1525, baptists have always rejected Christendom. Baptists (with a capital “B”) began with two English dissenting congregations in the Netherlands in 1610. Baptist took from English congregationalism and Dutch Anabaptism (Mennonites) a strong aversion to Christendom.

And yet, over the years, many Baptists, especially in the U.S., have fallen back into a “Christendom mentality”—often, for many, without due consideration. And relics of Christendom have abided within the bosom of Baptist life.

True to their heritage and tradition, Baptists in most parts of the world reject any support from governments. They have also rejected any interference by churches in matters of government and state—other than individuals, including pastors, prophetically speaking truth to power. When, occasionally, a Baptist minister has run for public office he has typically surrendered his church office and even his ordination.

Here is an example from other countries than the U.S. and one in which Baptists led the way in America. In some European countries, as recently as a few decades ago, ordination to ministry was an act of the state. That was, of course, true only with regard to denominations regarded as “state churches”—having special ties to the government.

Here is an example from past U.S. history. Before the American Revolution and independence from England, certain colonial Christian denominations enjoyed special privileges granted by colonies’ magistrates and said denominations in turn supported those colonial magistrates.

Baptists historically celebrate the role of New England Baptist Roger Williams who rebelled against that relic of Christendom in the “new world” and was expelled from Massachusetts because of it. He founded Rhode Island as a haven for religious dissenters and established, however, briefly, one of the first governments in which church and state were entirely separate.

After the American War of Independence and the establishment of the United States of America it took decades for those relics of Christendom to disappear—almost entirely. In some New England colonies, for example, only members of Congregational churches could serve in the state legislature. Eventually, of course, this was abolished.

But my question is: Have we in America really abolished all relics of Christendom? Even many Baptists, especially in the South, would say no and we shouldn’t—if “Christendom” is defined as I defined it above. What I would ask them is whether they want governments deciding which denominations’ ordinations are recognized as valid? That was still the case in my own lifetime—at least in some states. Only ordained ministers of certain churches could sign marriage licenses recognized by certain states. That has largely gone away. Some would say it was a last vestige of Christendom in America.

I am tending to disagree.

There is already a movement among some moderate Baptists in this direction. I am aware of Baptist pastors, for example, who will not sign a state (or county) issued marriage license. And they will perform a “covenant marriage” between two Christian people without any government entity’s knowledge or involvement.

Backing up and taking a wider, theological look at this issue…. When did Baptists (and other Free Church Protestants) decide that a completely secular state has the power to decide for God and for God’s people who is and who is not married?

I grew up in a church (and denomination) that, looking back on it now, I sometimes describe as “urban Amish.” Like many Christians in America, though, we most certainly did not consider a marriage dissolved in God’s sight or ours just because a judge issued a divorce decree “from the bench.” That was meaningless to us. As with Catholics (strange bedfellows!) we (and many other conservative Protestants) did not grant to the state, for ourselves, the right or the power to decide, for us, that a marriage was dissolved.

But, looking back on it now, I wonder how consistent we were? As I recall, we did recognize as true Christian marriage one performed only in a completely secular ceremony (often no ceremony at all) by a judge or justice of the peace. So long as the couple had a state-issued marriage license we tended to recognize it as Christian marriage—unless (!) one of the parties was divorced and his or her partner was still alive and not remarried.

I do not have time or space here to go into all the details of my thoughts about all this. For now I will just say that it seems to me Free Church Protestants, including especially Baptists, have not thought through consistently the matter of Christendom in relation to marriage.

My question is: Why do we (Free Church Protestants and other Baptists who historically have rejected Christendom) continue to permit the state, governments, to decide for us who is and who is not married. Oh, wait a minute…. Many conservative Baptists and other Free Church Protestants (“baptists”) don’t anymore. But, does this not signal to us that we need to go the rest of the way and separate “covenant marriage” (marriage we consider valid in God’s sight) from “civil marriage” (marriage performed only by a civil magistrate or even “legalized” by common law)?

What would this mean and what would this look like? Well, the “devil is always in the details,” but that should not de-rail us from at least beginning the conversation—among ourselves. And it is already happening.

I recently had a conversation with a young pastor I strongly admire and respect, even love (as a brother in Christ), who informed me that he performs “covenant marriages” and leaves it up to the couple to decide whether also to go to a government office and have what he and I both now refer to as a “civil union”—a legal contract giving special rights and privileges and responsibilities to two people under the laws of the state. Most do, so that they can enjoy those legal rights, privileges and responsibilities. But it is not the pastor’s spiritual duty to tell them they must. From his perspective, and that of his church, the couple with only a “covenant marriage” are married—in the sight of God and God’s people.

Of course, a myriad of questions arise immediately and those issues would need to be worked out—by each congregation and denomination—just as each church or denomination already works out its attitudes toward ordination and the ordinances (baptism and the Lord’s Supper) and other issues.

My suggestion is simply that this conversation—about Christendom and marriage—grow. It has already begun, but it remains fairly small and most churches that reject Christendom have not yet begun it.

To return to my question: Is the way we baptists (Free Church Protestants including Baptists) regard marriage especially in relation to the state consistent with our basic impulses and principles of separation of church and state?

*Note to potential commenters: Please do not ask me how this separation of “covenant marriage” and “civil union marriage” should be put into practice. I don’t know. I need to give it more thought. I am only here asking whether others who are opposed to Christendom agree or disagree with me that perhaps our current common practice is inconsistent with that opposition. Give reasons for expressed opinions.

October 6, 2017
What's Wrong with Men in America? Some Questions and Reflections about Mass Shootings
Next Post 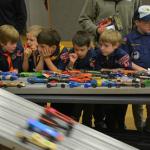 October 12, 2017 Thoughts about the Boy Scouts of America Admitting Girls
Recent Comments
0 | Leave a Comment
"Thank you for this. Moore isn’t always wrong or about everything. :)"
Roger Olson Would Jesus Be an “American Nationalist?”
"I don’t think we have the power to work miracles such as Jesus did (e.g., ..."
Roger Olson God without the “Omnis?” Advent and ..."
"I think we should give Gosse and his theory more credit than that. For his ..."
Roger Olson A Forgotten Chapter and Theory in ..."
"I want to relieve your fear! No, we will not be judged by our ability ..."
Roger Olson God without the “Omnis?” Advent and ..."
Browse Our Archives
Related posts from Roger E. Olson