What’s Wrong with Men in America? Some Questions and Reflections about Mass Shootings

What’s Wrong with Men in America? Some Questions and Reflections about Mass Shootings 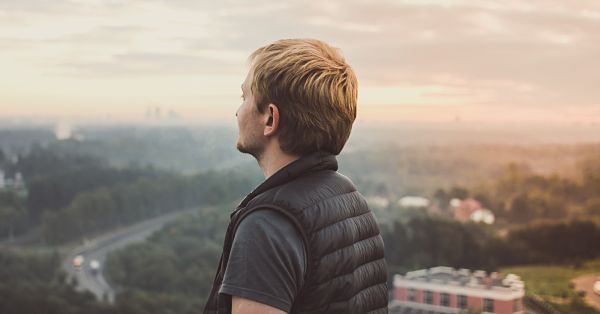 I have read and listened to numerous analyses of the plague of mass shootings in recent and current American society. Most of them focus on “gun-control” and the controversy over that issue. But one thing I notice is that very few (hardly any) of them even mention the one seemingly obvious commonality in these tragic, even horrific events: they are all committed by boys or men.

Yes, I know, there have been a few, isolated mass shootings by girls and women—mostly in the past and so rare as to be considered anomalies. (I have actually known of only one case; I’m sure there have been others. The case I read about was a teenage girls who stole a gun from her home and took it to school and shot some fellow students on the playground. This stands out as so infrequent, so rare, as to be brushed aside as anomalous.)

When we hear about a mass shooting in America (and probably elsewhere) there is only one thing—other than a gun or guns were involved—that we can predict with a very high degree of probability that rises to near certainty: The shooter was male. (In some cases more than one.)

Often, as in the most recent case (in Las Vegas), the shooter does not seem to have been a person expected by friends or family to do something like mass murder. Often, eventually, some information appears that then is considered an explanation (not an excuse). The person felt unjustly treated at work or by police or…. But the question often lingers: Many people feel unjustly treated, even horribly mistreated, by others but few go on a shooting rampage over it. And mostly only males do that.

This response—the one that urges that all males be suspected of being potential murderers—is call “globalizing” and it is an error of thought. The pattern is to view a portion of the population in which some act out in certain negative, harmful ways and then spread it to everyone in that population. One notable example is the common American suspicion of all Muslims. In fact, there are many Muslim groups that are not prone to terrorism or violence and certainly not all Muslims are potential terrorists.

However, having said all that, I am constantly intrigued by why nearly all mass murderers are males. And I am intrigued about why this obvious fact is not more discussed and why more research is not devoted to finding answers.

Yes, I know that explanation has largely been dismissed by researchers, but I wonder if they might be influenced to dismiss it by our American fear of censorship? And I don’t just mean legal censorship but even social censorship (viz., public shaming of people who create, produce and sell) “entertainment.” “Censorship” has become a very broad term in American society. I have even been accused of “censorship” by people who attempt to post comments here, that violate my blog’s express rules, just because I do not post their comments! That is, of course, not real censorship. To me, anyway, real censorship is only legal censorship—use of the justice system to criminalize or in some other manner punish people for self-expression. However, it seems to me that most Americans have come to think that any suppression of self-expression, even within the private sector, by publishers (for example) is “censorship.” That is simply attempting to cover too much with one word that should only be used for government imposed censorship.

So I will say, speaking only for myself, here and now: Shame on you makers and publishers and purveyors of extremely violent and sexually explicit “entertainment” materials who know it will fall into the hands of adolescents. Shame on you.

But I do not know if there is any proof that such “entertainment” materials actually cause violence. I strongly suspect it plays a role in many acts of violence, but I simply don’t trust the research that says it does not for the reason I gave above.

My only point here, in this blog post, is to raise the question I do not hear expressed enough after mass shootings: Why are they all committed by males?

One thing that makes me want to know more is a memory. I am old enough to remember very well one of the earliest mass shootings in America. I watched it on television. I don’t remember whether any of it was live filming or whether all of it was recorded and shown later. The event took place in Austin, Texas on the campus of the University of Texas. I have toured the tower where the young man aimed and fired his rifle at numerous students and others innocently walking around below him. It’s a frightful tour for anyone who remembers the incident. One thing that many people who remember the incident do not know, but that I have learned, is that the young man’s autopsy (after he was finally shot by police) revealed a brain tumor. People who knew him said that he did not know of it. He was not expected to be violent; he had no history of such violence.

So my question is: What if there is some common denominator of a physical or clinical psychological kind among these American mass shooters? Our tendency is simply to label them “evil” and forget about them as quickly as possible. The focus is on the victims and survivors—as it should be. But I would like to know if thorough research is done on the boys and men who commit these heinous acts of mass murder—mostly using guns—to discover if there is some common factor among them.

Instead, what I am hearing and reading is three “explanations”: 1) It’s a gun thing; 2) The boys and men who commit these acts are “lone wolves” probably driven by some burning resentment; and 3) All men are potential killers because of (fill in the blank)—male privilege, distorted masculinity in society, men are bad.

If we don’t start with looking for and hopefully finding a common factor uniting these perpetrators—beyond just guns and maleness—we will never discover a way of predicting and possibly preventing these events.

October 1, 2017
When It Comes to Calvinism, Logic Can Lead to Heresy
Next Post