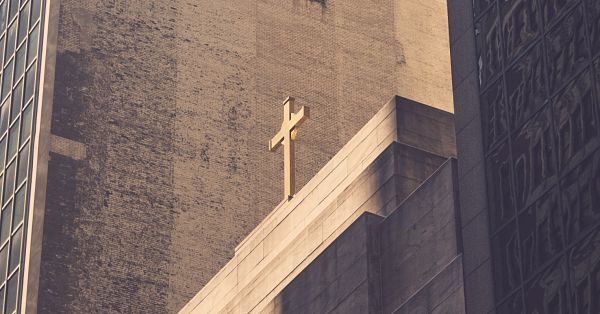 Several recent incidents have made me wonder about this question. I have observed Christian individuals and groups doing what I can only consider experimenting with new forms of Christianity. The question is, I guess, where the lines exist between surface adjustments to style, real reform, and reinvention.

I don’t know any evangelical Christians who would admit that they are “reinventing” Christianity, but I do wonder just how flexible true Christianity is. How different can it “look” between cultures and generations and still be one religion or faith tradition?

Hauerwas doesn’t give examples (in the excerpt of the interview I watched on Youtube which may or may not include all his thoughts about evangelicals). What I wonder sometimes is whether a megachurch is an expression of authentic Christianity insofar as it exists primarily to make people feel comfortable with their middle class American lifestyles.

But that’s just one example that makes me wonder—about the lines I mentioned above.

I also wonder sometimes whether a church that incorporates American patriotism into its worship is an expression of authentic Christianity?

We, evangelical Christians, generally, for the most part, point our accusing fingers at, for example, Mormons and say the Church of Jesus Christ of Latter-day Saints is not an expression of authentic Christianity. But we tolerate among ourselves what to other true Christians appear to be radical reinventions of Christianity in having little respect for tradition by rushing to adjust just about everything about Christianity to a particular generation or special interest or culture.

One thing I would ask Hauerwas if I had the chance, based on his critique, is what contemporary expression of Christianity is not guilty of reinventing Christianity—whether in the past or recently?

On the other hand, I tend to agree with him (and others who raise the same questions and issues) that there are limits to Christianity’s adjustability for the sake of relevance to culture, generation, special interests.

One thing I cannot help asking myself is this: If Jesus or one of his apostles came among us (American Christians) and spent time with us in our churches and “circles,” would they recognize the church they founded and established anywhere? If so, where? Why “there” and not elsewhere? Or would they say “there” of all American Christian churches and church-related institutions or fellowships? I can’t imagine that being the case, but I would be interested in any such answer and reasons for it. Or would they say “nowhere?” I would hope that would not be the case, but I worry it might be the case.

At the very least, Hauerwas is a prophet to American Christianity—calling us (including evangelical Christians) to think deeply about what it means to be Christian in terms of being “catholic.” I don’t care about that word itself; what I care about is the challenge to be truly, authentically Christian and how that relates to the “grammar” of Christianity across the ages.