How Should Christians Celebrate “Christmas?”

How Should Christians Celebrate “Christmas?” 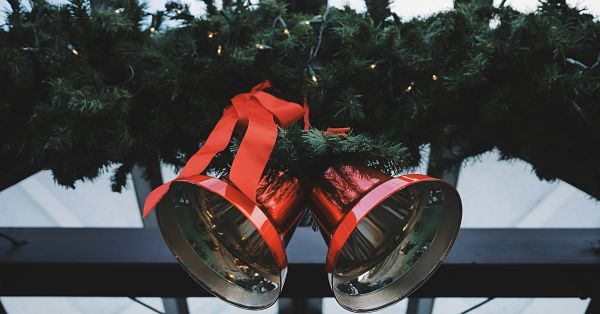 The real question I want to ask and answer is “How should Christians NOT celebrate Christmas?”

In my studied opinion there are, in America today, two “Christmases” and not one. One is the “Season of Advent” (whether called that or not) in which most Christians celebrate the incarnation of God in Jesus Christ two millennia ago. (Some Christians, following a Puritan tradition, do not celebrate it and I have no objection to that.) The other is the now entirely secularized, materialistic, popular culture celebration symbolized most vividly by Santa Claus.

I am not here interested in arguing against non-Christians celebrating “secular Christmas.” To them I say simply—go ahead and have fun with it.

My complaint is simply this: Too many contemporary American Christians, including Christian churches and explicitly Christian institutions and organizations, are dropping the Christian celebration of Christmas and are observing and celebrating what I am calling here “secular Christmas.”

You will probably not understand my complaint unless I offer some examples to illustrate it.

During the last few years I have noticed this happening in Christian churches and institutions: An easy tendency to capitulate to “secular Christmas” within the churches and institutions. One Christian institution not far from where I live put on an event called “Santa’s…” which I observed. About two hundred children from around the city attended. “Santa Claus” and elves appeared and handed out gifts. All the music was secular “Christmas” music. As I watched I noticed the following happen. As soon as a real Christmas carol (about the birth of Jesus such as “It Came upon a Midnight Clear”) began to play over the loudspeaker system (from an electronic device programmed to play through a “list” of music) a young woman clearly associated with the institution rushed up to the electronic device playing the music and stopped it. She switched immediately to a secular Christmas song. This happened twice in the approximately half hour I observed this event.

I dared to ask the young woman why she did that. Her answer, backed up by the main organizers and promoters of the event, was “These children come from many different families and backgrounds.” The unstated “subtext” clearly was “We don’t want to offend anyone.” I said “But this is a Christian institution.” There was no hint of Advent, “Christian Christmas,” anywhere at the event.

You might think this is an isolated example, but I can assure you it isn’t. I have observed similar accommodations to “secular Christmas” in many Christian settings.

Now, don’t get me wrong. I am not one of those Christians who gets angry during December if a cashier at a store doesn’t wish me “Merry Christmas.” I don’t expect that. I am offended, however, that some Christian clerks who work at stores have told me they are literally forbidden from saying “Merry Christmas” (or anything like it) to anyone inside the store. (Some have even told me that they are forbidden to have a Bible on their desk in offices where they work.) In all cases the “forbidding” comes down from “corporate,” not from the managers of the local stores and offices. That is, in my opinion, a form of censorship (although not technically so in the legal sense when the context is in the private sector).

Some years ago I knew an elementary school teacher who was herself a Christian (in whatever sense she meant) who declined to read books about Jesus’s birth to her classes—even after she invited the children in her classes to bring any and all books for her to read and read books about “secular Christmas” (Santa Claus, elves, etc.). (She had not stated to the children that she would not read Christmas books about the birth of Jesus but embarrassed the few who did by refusing to read the books they brought.) Although she would not confirm it, I was convinced that someone in the school’s (or school system’s) administration was pressuring teachers to avoid all mention of Jesus—even during December—even though the school decorated for “the holidays” and incorporated Santa Claus and elves into the decorating and special celebratory events.

That example—in the paragraph above—is NOT what I am complaining about (although I do have some qualms about it). My complaint here, now, is ONLY about CHRISTIAN churches and institutions “buying into” the solely “secular Christmas” and actually hiding their Christianity on their own property and in their own facilities. I think this is becoming a trend and much more common than most Christians know. Or, most Christians are simply accepting it as normal without thinking about the irony of it.

December 7, 2017 How an Old Religious Idea "Trickles Down" into Contemporary American Politics
Recent Comments
0 | Leave a Comment
Browse Our Archives
get the latest updates from
Roger E. Olson
and the Patheos
Evangelical
Channel
POPULAR AT PATHEOS Evangelical
1