How an Old Religious Idea “Trickles Down” into Contemporary American Politics

How an Old Religious Idea “Trickles Down” into Contemporary American Politics 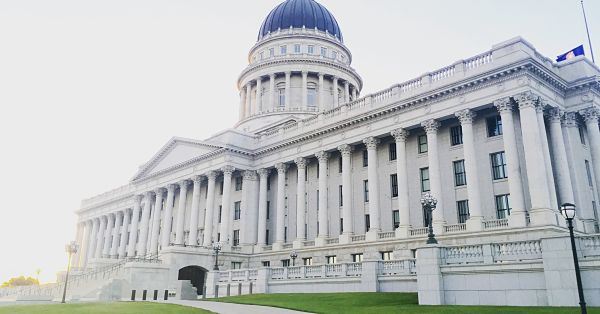 One of my observant and astute blog visitors pointed me to the current issue of The Atlantic—an influential American magazine filled with in depth cultural and political analysis and commentary. The following article in the December 5, 2017 issue (on line) caught his attention and mine: “God’s Plan for Mike Pence” by McKay Coppins.

For those of you who are not Americans, Mike Pence is the current Vice President of the United States—the man a “heartbeat away from the presidency.” Normally, and for the most part most of the time, the U.S. vice president is not an especially influential person politically although he or she also serves as president of the U.S. Senate and can break a tie vote there. However, President Trump has stated publicly that he wants Vice President Pence to be more influential than is usually the case.

The above mentioned article is a brief biography of Pence with special attention to his religious influences and beliefs. Although he grew up Roman Catholic and is still an adherent of that church, Pence has been strongly influenced by the so-called Religious Right in America. His social views are almost monolithically conservative—in the current iteration of that word in American political life.

Anyone who lived in the heart of American evangelicalism during the 1970s and 1980s and has a good memory will immediately recognize the source and name of this teaching and belief.

Throughout the 1970s and 1980s virtually every American evangelical Christian heard about, if not attended, something called a “Basic Youth Conflicts Seminar” led by evangelist Bill Gothard (b. 1934). These mostly weekend events were held around the country in almost every major metropolitan area and people drove hundreds of miles to attend them. The printed materials could not be purchased outside one of the seminars and the seminars, to the best of my knowledge, never appeared on television and could not be accessed except by registering for and attending one. They were held in large auditoriums packed with mostly young-ish, almost middle aged parents and their pre-teen and teen children. Hundreds, perhaps thousands, of sermons in evangelical churches were preached based on Gothard’s teachings.

The core teaching was “God’s chain of command.” According to Gothard (and this information is culled from numerous articles written by people who did attend the seminars or read the printed materials obtained from people who did attend at least one) God has established a “chain of command” in which every human being, but especially every God-follower, is under someone else’s authority and many are in authority over others. The whole secret of living a happy, successful life is to find one’s “place” in God’s “chain of command” and live in submission and exercise God-given authority properly.

This is, of course, the medieval feudal system given quasi- or pseudo-biblical support and applied to then-contemporary (1970s and 1980s) life. According to people who attended several of the seminars and communicated ideas learned there to me, Gothard taught that wives who obey their husbands are not held accountable (guilty) by God even if obeying their husbands involves doing things that are ordinarily not “right.” Exactly what that meant “on the ground,” in practical terms, was not clear to the people who reported what they heard to me.

During the 1970s I served as associate pastor of a medium-sized evangelical church while attending seminary. Many of the church’s members attended Gothard seminars as did some of my fellow seminary students. They all reported the same teachings to me. Some agreed with them and some disagreed and some simply declined to state an opinion. However, I came to know many people over the ensuing years (throughout the 1980s) who became dedicated, devoted, uncritical adherents of Gothard’s teaching about “God’s chain of command” and interpreted it to mean that a Christian should never question someone in authority over them.

In one chapel service I attended the speaker, who I knew to be influenced by Gothard, told the students that even if they should happen to know about unethical behavior by the school’s administrators (which some students did know about) they had no business questioning them. Their only “duty” was to pray for them. Otherwise, they were stepping outside “God’s chain of command.” (Ironically, that pastor himself took his church out of the denomination and eventually ran for public office against an incumbent congressman. He lost.)

Most people have forgotten all about Gothard if they ever heard of him. However, I cannot help but assume that, insofar as his friend’s report is accurate, Pence has been influenced by Gothardism. Gothardism almost in the White House; having influence in the halls of power of the U.S. government. Very, very strange. As a friend of mine used to say “Who would have thunk it?”

Eventually, sometime in the 1980s, at least two major evangelical publications dared to challenge Gothard about his central doctrine of “God’s chain of command.” Then there were some questions raised about ethical practices in his organization. I don’t know what became of his organization or him although, apparently, he is still alive. I know his ideas about authority are still alive and well and influencing American politics and government at the highest levels.