Who Is the Ruler of this World? An Answer for Bible-believing Christians

Who Is the Ruler of this World? An Answer for Bible-believing Christians May 22, 2018 Roger E. Olson

Who Is the Ruler of this World? An Answer for Bible-believing Christians 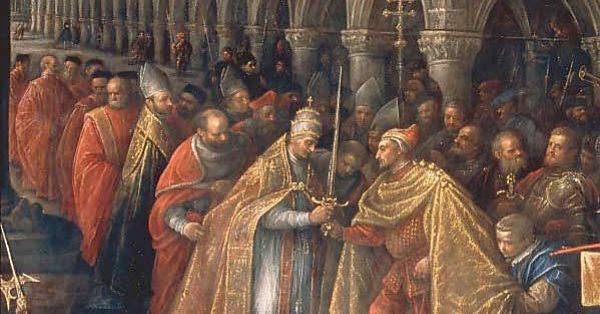 The answer may surprisingly surprise many contemporary American Christians—especially those profoundly influenced by Calvinism and other forms of divine determinism.

*I speak here only for myself; I do not speak for any other person or any institution or organization *This blog post is intended for self-identified Bible-believing Christians. Others may ask questions for information and insight. This is not a discussion board; please address comments and/or questions to me. Responses must be civil, respectful, constructive in tone, aimed at promoting conversation. Do not post sermons, tirades, or lengthy responses.

This past Sunday morning I heard a sermon that was not especially new (to me) in information or even insight. However. Something I already knew jumped out at me from the preacher’s message. He talked about the temptations of Jesus by Satan. I had never previously thought very deeply about the third temptation—which was Satan’s offer to give all the kingdoms of this world over to Jesus if he would worship him—Satan.

What had never struck in me before was that Jesus did NOT respond “The kingdoms of this world are not yours to give.” He did not give Satan a lecture on divine providence; he assumed that the offer was a genuine one. At least the story in the gospels assumes that and implies that Jesus believed that.

Here I am going to put aside several important questions such as whether Jesus, being God as well as man, could have accepted Satan’s offer and worshiped him. That’s for another time.

Here my one and only point is to remark that—apparently the New Testament, both in this story and in remarks made by Jesus and Paul—assumes that in some sense Satan is the ruler of this world and its kingdoms.

I won’t take time to do all the exegesis here; readers can do that research for themselves. My point is simply that we American Christians have tended to overlook an important even if unpleasant theme of the New Testament which is that, somehow, the political structures (“kingdoms”) of this world (“this present age”) are dominated by Satan. Satan had the right and ability to give dominion over them over to Jesus.

Again, I will set aside an important question here: Could Satan have given that dominion over to Jesus or was this temptation a trick?

My one and only point is this: According to the New Testament, in several places and in several ways expressed, Satan is the ruler of this world—of this world’s political structures and systems.

What does this mean in contemporary and popular language and imagery? I think it means we are living in “enemy occupied territory.” For whatever reason and by whatever means the kingdoms of this world, the political systems that people have created, are not yet ruled over by God except in the sense that they are subject to God’s ultimate control. God can limit their destructive power, but he has relinquished, as it were, complete control and is waiting and depending (until the eschaton) on us—God’s people—to resist God’s enemy who is occupying his territory (“the kingdoms of this world”).

Is this all a charade, a shadow play, a game because God is really ruling right now—de facto as well as de jure? That does not seem consistent with Jesus’s taking of Satan’s third temptation seriously. Or with Jesus’s or Paul’s words depicting our struggle in this world or Satan’s (and his minions’) power.

Songs like “This is my father’s world” have been altered in some hymnals. In the original hymn one finds this phrase: “The battle is not done; Jesus who died shall be satisfied and heaven and earth be one.” At least one hymnal I know has changed that verse completely to remove from it any hint of a spiritual battle.

It is my impression, after years and years of serving among and worshiping among American evangelical (and mainline) Christians, that most tend to ignore the New Testament and early Christian theme that we, God’s people, are living in enemy-occupied territory in which Satan is the ruler of this world. Almost all of them TEND to say things like “God knows what he is doing” when something horrible happens.

For more information and insight about this largely forgotten or ignored biblical-Christian theme read I Believe in Satan’s Downfall by British evangelical theologian Michael Green and/or Satan and the Problem of Evil by Gregory Boyd. 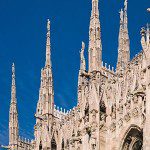 May 18, 2018
Who Is the Most Influential American Theologian?
Next Post