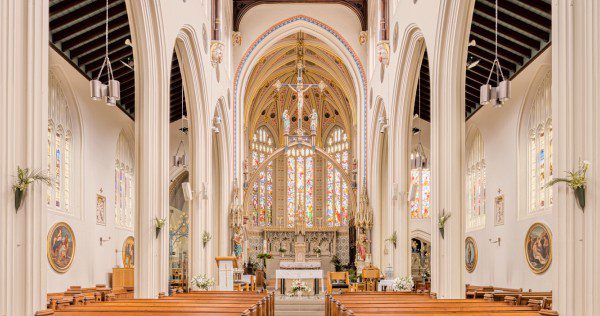 I am not an Anglican in any sense of the word. What I mean is I’m not even Episcopalian. But over the years I have had friends who are Anglican (Episcopalian is a form of Anglican) and as editor of the Handbook of Denominations in the United States I have done my best to inform myself about “happenings” in the Anglican world. The Handbook includes a section on “Anglican and Episcopal Churches.” In the U.S. there are several, but only one is “really” the recognized affiliate of the world Anglican Communion.

The Anglican Communion (worldwide) has always prided itself on being truly catholic (with a small “c”) and united. The Archbishop of Canterbury has always been considered by Anglicans a “first among equals” and as the figurehead leader of the Communion. (Each nation-state has one affiliate church led by a bishop in fellowship with the Archbishop of Canterbury.) He has never been considered a “pope” of the Communion of Anglican churches worldwide, but he has always been the convener and coordinator of the World Anglican Communion. Every few years Anglican bishops from around the world meet with him in a conference called the Lambeth Conference.

In very practical terms, traditionally, the Archbishop of Canterbury has decided who is the affiliate Anglican church in a country. The Episcopal Church has long been the recognized affiliate in the United States. When I say the Archbishop of Canterbury has “decided” this I do not mean in isolation from or apart from the bishops of other Anglican churches; I only mean he seems to control the public mechanisms such as the web site that lists affiliated national churches. He decides which bishops will be received as voting members of the Lambeth Conference every decade. Again, not in isolation from or disregarding other Anglican bishops, but the precise method by which this agreement happens is now being thrown into question.

I think what is happening now in the Anglican Communion is interesting to many evangelicals. There have always been evangelicals within the Anglican churches and that is especially true now in Africa and Asia. But even in the U.S. there have long been evangelical voices within the Episcopal Church and Episcopalian voices within the evangelical establishment. The late Wheaton College professor Robert Webber was instrument in the 1970s and later for bringing many evangelicals into the Episcopal and Anglican churches (the so-called “Road to Canterbury” or the “Canterbury Trail”). Many of the editors of Christianity Today, for example, have been Episcopalian. Most of them were mentored by Webber.

Some years ago many Anglican bishops became disillusioned with the Episcopal Church because of the election of an openly gay man as one of its bishops and the seeming celebration of that by many within the Episcopal Church. These mostly African and Asian bishops formed an organization called GAFCON (Global Anglican Future Conference). This group within the Anglican Communion now seems to have more Anglican bishops than others (who are not members). Most of them are bishops of Anglican churches in the Global South.

GAFCON has voted independently of the Archbishop of Canterbury or the Lambeth Conference to embrace the Anglican Church of North America—as the U.S. affiliate—if not of the Anglican Communion (the question is whether they can do that) of their own fellowship of churches. The ACNA is more conservative theologically and ethically than the Episcopal Church.

The declaration coming out of GAFCON in Jerusalem (I have read it thoroughly) seems to threaten to boycott the 2020 Lambeth Conference if the primate of the Anglican Communion in the U.S., the leading bishop of the Episcopal Church, is embraced there as the representative of Anglicanism from the U.S. The language of the declaration is respectful but firm. The clear message to Canterbury is this: We, the Anglicans of the Global south (GAFCON), will go our own way and become a new Anglican Communion not in fellowship with Canterbury. They elected a Nigerian Anglican bishop as their leader; presumably he would then become the “new Archbishop” of worldwide Anglicanism—at least among the Global South Anglicans who are the majority now.

Again, why does any of this matter to non-Anglican evangelicals? Well, one thing these events say rather loudly is, from Christian brothers and sisters of the Global South, that they are no longer dependent on European and American Christians for their theology and ethics. They will go their own ways—especially insofar as they perceive “Western” (really northern) Christians as defecting from true, authentic Christian theology and morality. And, eventually, if not already, they will view us (northern world nations) as mission fields. I know from numerous personal conversations with them (viz., Global South Christians) that this is already how they view Europe and the United States and Canada. Some years ago I met and has extended conversations with the late Festo Kivengere, Anglican archbishop of Uganda, and an evangelical Christian (many called him the “Billy Graham of Africa”) and he let me (and others) know in no uncertain terms that he believed American Christianity was profoundly flawed and in need of a new evangelization toward authentic Christianity by African (and other) Global South Christians.

From the perspective of many, probably most, Global South Christians we, European and North American Christians, have so profoundly accommodated to modernity in our theologies and ethics that we now are not really authentically Christian. Oh, I don’t take them as saying we’re not saved; I take them as saying we are blind to our own commitments to consumerism and progressivism (in doctrine and ethics) and naturalism that we cannot find our own way out of those commitments that have come to replace our commitments to Jesus Christ.

June 25, 2018
Has the Time Come for a New Neo-Evangelicalism?
Next Post