Remembering the Difference between Patriotism and Nationalism

Remembering the Difference between Patriotism and Nationalism 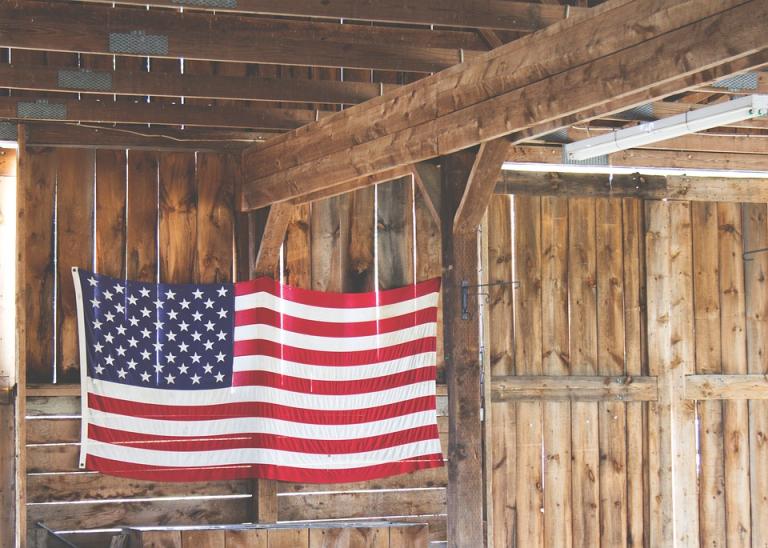 I’ve become increasingly concerned that many American Christians (and perhaps especially evangelicals) confuse patriotism with nationalism to the extent that idolatry lurks close by.

Patriotism is love for one’s country without blinders about its flaws and defects.  Patriotism seeks to actualize the highest and best ideals of one’s country which can sometimes look like disloyalty to nationalists.  Nationalists tend to confuse “country” with “government” and reject as disloyal all criticism of either.  However, criticism of the government can be patriotric.  In fact, in America patriotism should be constructively critical toward government.

Nationalism is patriotism on steroids; it is patriotism degenerated into jingoism and chauvinism.  It is near idolatry of country and often appears in mixing celebration of nation with worship of God.  Patriotism thanks God for the good of one’s country and asks God to “mend its every flaw.”  Patriotism is honest about the country’s failures and urges leaders to push on toward better achievements of its founding ideals.  Nationalism rejects all criticism of country as almost (if not exactly) treason.

Christians ought carefully to avoid nationalism while embracing true patriotism (unless, as is the case with some Anabaptists, even that violates conscience).

An example of nationalism is belief in “American exceptionalism.”  That is the belief that because America is peculiarly God chosen and called it can, as a national state, do virtually anything with a presumption of innocence.  It is not accountable to anyone or anything except God.  The problem, of course, is that nobody has a direct line to God–not the president or the judges of the Supreme Court or any elected or appointed official.  American exceptionalism can be used to justify all kinds of violations of international norms and standards of decent conduct.  It is most often used to justify violations of just war theory.  Nationalists hold the rest of the world to a different standard than America.

Patriotism regards America as a gift from God and thanks God for it, but it equates “America” with ideals such as freedom of religion, freedom of expression and equal justice for all.  It is realistic in knowing that government and society do not always live up to those ideals.  When patriots wave the flag they are fully aware that it symbolizes and represents wonderful ideals and not every decision and actions government makes.  When nationalists wave the flag they are using it as an idol to sanctify whatever America does.

An example of nationalism was when an influential pastor and founder of a denomination said on national television (to a news reporter) that anyone who criticized America’s invasion of Iraq was a traitor.  An example of patriotism is when attorney Joseph Welch asked Senator Joe McCarthy publicly “Have you no sense of decency?” at great risk to himself.

Idolatry is such a subtle and seductive force (nobody ever thinks they are engaging in it!) that Christians ought always to be on guard against it.  It is best to steer clear and wide of it.  That’s why I prefer not to have a national flag in any worship space.  While it might not constitute idolatry, it presents that possibility.  Too many people even in Christian churches do treat the national flag as an idol.  One “good Christian man” I know threatened violence to anyone who removed the flag from the church’s sanctuary.

I once accidently attended a “God and Country” church service on the Sunday closest to July 4.  This was the largest church in that state and it was widely known as evangelical even though I would classify it as neo-fundamentalist.  (At least some of its leaders clearly belonged in that category even if the lead pastor did not.)  The entire Sunday morning worship service was given over to militaristic displays of nationalism with color guards marching down the aisles to the orchestra playing the anthems of branches of the military.  All the songs sung were “patriotic hymns.”  I sensed that what was really being worshiped that Sunday morning in that place was not God but country.  God was barely mentioned and then only to sanction the nation’s special status as most favored among all the nations.

I love a good patriotic parade and concert.  I always get a lump in my throat and a tear in my eye when I hear the Star Spangled Banner and see the flag waving in the breeze.  I love my country and thank God I was privileged to be born here.  But none of that means I must uncritically accept whatever its government decides to do or every aspect of its culture and society.  Nor does it mean I must think it is the only God-favored nation on the planet or that it has a unique place in God’s providential plan for history.  Like all human societies it is not “the City of God” but another expression of the “City of Man.”  As a Christian, my primary citizenship is in God’s Kingdom yet to come (but hopefully already being anticipated in the communion of the saints).   My loyalty to country is subordinate to that.  Too many Christians equate the two–country and God’s kingdom.

June 28, 2018
Something Interesting Is Happening in the Worldwide Anglican Communion (And Why It Matters to Non-Anglicans)
Next Post

July 3, 2018 What Is the Difference Between an Illegal Immigrant and a Refugee?
Recent Comments
0 | Leave a Comment
"I have never been able to see any real or necessary divorce between orthodox sense ..."
Roger Olson Answer to a Question: Philosophy and ..."
"I would say the four must work together. But what about allegorical? Most of the ..."
Roger Olson Let’s Talk Theology: Questions Invited
"Philosophy as an influencer on theology surely must have differed between Eastern Christianity and Western ..."
Christiane Smith Answer to a Question: Philosophy and ..."
"Do you think the modern church should try recover some aspects of the fourfold interpretation ..."
CJ Let’s Talk Theology: Questions Invited
Browse Our Archives
get the latest updates from
Roger E. Olson
and the Patheos
Evangelical
Channel
POPULAR AT PATHEOS Evangelical
1