A Paradigm Shift in Christian Theology: What It Means to Say “God is Jesus”

A Paradigm Shift in Christian Theology: What It Means to Say “God Is Jesus” 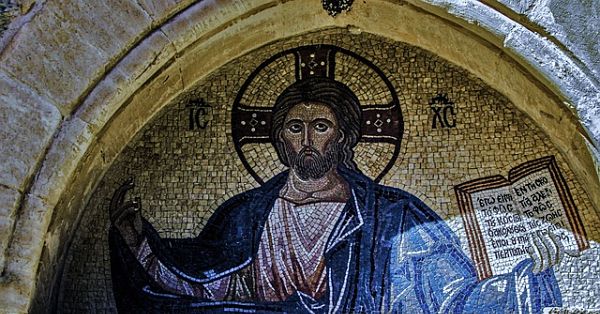 Recently I published here an essay entitled “Who Is God?” In it I quoted German theologian Jürgen Moltmann as answering that question “Jesus.” Now, as a reminder, anyone who knows Moltmann’s theology knows he is not a “Jesus Only” or “Oneness” or “Modalist” with regard to the Trinity. The doctrine of the Trinity has been one of his specializations; it pervades everything he writes about. He has written entire books about the Trinity. And, if anything, he has been accused of tritheism rather than modalism.

So what could he have meant? As I explained in that recent blog post here, he meant, and many contemporary Christian scholars agree, that Jesus is the perfect revelation of the character of God. (Of course, Moltmann also believes that Jesus is the second “person” of the Trinity, ontologically divine in a perichoretic “oneness of substance” with the Father and the Holy Spirit.) But his answer to the question means there is no “hidden God” lurking behind Jesus with a different character, disposition, than the one revealed in the person of Jesus Christ.

As a scholar of the history of Christian theology I can confidently say that this emphasis is new in the history of Christian thought even if not entirely novel. That is, hints of it can be found in the church fathers, medieval theologians, reformers (especially the so-called radical reformers) and post-reformation Christian thinkers. However, it does not seem to have become a major theme and emphasis about God until the 20th century. What I mean by “theme and emphasis” is an idea traced out to its logical conclusion and not left as a mere notion that does not permeate the whole body of belief.

I will not go into all the details of this theme’s development in the 20th century here. But I will name some other theologians besides Moltmann who have worked on it and contributed to it. A major one is Anglican theologian John V. Taylor in his book The Christlike God (SCM Press, 1992). The book opens with a quote from an archbishop of Canterbury (A. M. Ramsey): “God is Christlike, and in him is no un-Christlikeness at all.” German theologian Eberhard Jüngel should get special mention here even though his theology is not well-known in English speaking circles. However, his book God as the Mystery of the World (Eerdmans, 1983) stands out as a special contribution to this developing theme in modern Christian theology.

As many of my faithful readers will know, I happen to think my former colleague and friend Gregory Boyd is one of the most innovative and creative Christian theologians alive and writing (and speaking) today. Nobody has worked harder at systematizing the insight that Jesus is the perfect revelation of God’s character into every “nook and cranny” of Christian theology. His magisterial two volume work The Crucifixion of the Warrior God (Fortress Press, April, 2017) is an amazing, daunting, and controversial attempt (“essay”) to interpret the Old Testament “texts of terror” through the “lens” that Jesus is the perfect revelation of the character of God.

Recently I have been re-reading the Apostolic Fathers—those second century Christian writers who are widely believed to have been personally acquainted with one or more of the original apostles. Some of these are anonymous or pseudonymous writings, but they are generally believed to have the “touch” of at least one apostle. There is no way to prove it, of course, but some later church historians and theologians identified them with disciples of apostles.

As I have re-read these very important second century Christian writers I have been struck by their common (not universal) emphasis on Jesus Christ as the perfect revelation of God. This led some of them, most notably the “Epistle of Barnabus” (whose author we don’t know—like that of our New Testament “Epistle to the Hebrews”) to interpret much of the Old Testament allegorically (non-literally). Certainly there is no doubt that most of them viewed the Old Testament as a kind of preview of the coming of Jesus Christ. (Moltmann calls this character of the Old Testament “promise.”)

Here is a fascinating statement found in the anonymously written but very important second century Christian “Epistle to Diognetus.” (Nobody knows the author’s identity although some name him as “Mathetes” (which he does himself) which simply means “disciple.” The identity of Diognetus is also debatable. There was a tutor of Roman emperor Marcus Aurelius by that name, but it is unlikely to be that person.

The “Epistle to Diognetus” is often held up as one of, if not the most, articulate statements of Christian character and lifestyle among second century Christian writers. (It is sometimes categorized as both an “Apostolic Father” and as one of the second and third century Christian writers called “Apologists.”) Of course, the Epistle carries no special authority for Christian theology—beyond the fact that it has been widely considered written by someone close to one or more of the original apostles. Some scholars have suggested that apostle was John because of close similarities between the language and thought of “Diognetus” and The Gospel of John.

Here is the fascinating statement found in Chapter VII (“The Manifestation of Christ”) on page 27 of the first volume of The Ante-Nicene Fathers: The Writings of the Fathers down to A.D. 325 (Eerdmans, 1985). “Violence has no place in the character of God.” The immediately surrounding context indicates strongly that this strange statement is based on the person of Jesus Christ as the perfect manifestation of God.

I offer this in support of Greg Boyd’s project without endorsing his whole project (viz., in The Crucifixion of the Warrior God which I reviewed here last year).

Clearly this ancient, very early Christian writer believed, at least at the moment he wrote that sentence, that God is as Jesus was—a person of peace. Does that mean, am I claiming, that the author of the Epistle to Diognetus was a pacifist? That’s a different question and I’m not “going there” here. Some early Christian writers were; some weren’t.

My point is simply this: This paradigm shift in modern, contemporary Christian theology toward thinking through logically and without restraint the principle that Jesus is the perfect revelation of the character of God has precursors and profound implications. One of those might be that our Bibles should begin with the New Testament! I have gone so far as to encourage my students to “read the Bible backwards.” Some of them look at me strangely, but I ask them this question: If you could only translate one book of the Bible for a people group without the Bible in their language, which book would it be? The majority of them answer “The Gospel of John” and then I tell them that “when I was young” Christians frequently handed out “gospel tracts” to total strangers. (I always carried some to school—as we were expected to!) If those gospel tracts contained a portion of the Bible it was always The Gospel of John. Why? Because that gospel portrays (portrait, not biography) Jesus most clearly as the perfect revelation of the character of God.

My argument is that many evangelical Christians have always believed this principle in principle but have not worked it into their theology systematically. This is the task taken up by (among others) Taylor, Moltmann, Jüngel, and Boyd.

There is far to go, much more work to be done, and some of it will be challenging and even uncomfortable for many conservative Protestants. (I think Pope Francis is making it less uncomfortable for Catholics! We know, for example, that Francis’s favorite theologian is Walter Kasper who I consider a Catholic example of this principle. Read his magisterial volume The God of Jesus Christ [Continuum, 2012].)

August 2, 2018
Literary Christian Fiction: Where Is It? (Some Examples)
Next Post