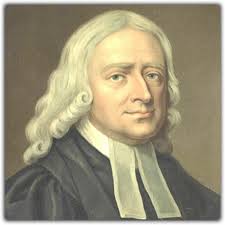 Why should John Wesley matter to anyone who’s not a Methodist? Somehow over the years most people have come to limit Wesley to Methodism. What I mean is that IF someone expresses real appreciation for Wesley people assume he or she must be a Methodist. But why? People don’t assume that all admirers of Martin Luther are Lutheran. Yes, Wesley was the most important founder and leader of early Methodism, but the reach of his influence went and goes far beyond Methodism. Numerous denominations have spun off of “official Methodism” (the mainline Protestant denomination that has changed names three times in the U.S.). Nazarenes, Free Methodists, Wesleyans, Salvation Army—just four denominations that look back to Wesley as their “hero.” But Wesley’s thoughts on many subjects filtered out of Methodism (and its offshoots) into many corners of especially British and American evangelical Christianity.

Zondervan, the American-based Christian publisher owned by HarperCollins, has just published the fourth and final volume in an outstanding series of volumes under general heading “John Wesley’s Teachings.” They are (in order): “God and Providence,” “Christ and Salvation,” “Pastoral Theology,” and “Ethics and Society.” The general editor of the series is the late Methodist theologian Thomas Oden whose book “The Transforming Power of Grace” I have often recommended here as my favorite one volume exposition of evangelical Arminian soteriology.

I regard Wesley as a Protestant reformer because he picked up where the first generation of Protestant reformers left off—with strong emphasis on holiness of life as a gift of the Holy Spirit (not an achievement of the human person). The key question implicit in all of Wesley’s theology is this: Why just be forgiven? Why not be transformed? Wesley believed it is possible for the justified Christian, reconciled with God by grace through faith alone, to go on “toward perfection” and he urged his followers (and others) to avoid what Lutheran theologian Dietrich Bonhoeffer called “cheap grace.”

There is much debate about Wesley’s doctrine of “entire sanctification” or “Christian perfection.” My own conclusion from reading his little book “A Plain Account of Christian Perfection” and his sermons on the subject is that he did NOT mean “perfection” in the common, pedestrian meaning. What he thought possible was a radical change of disposition wrought by the Holy Spirit in the center of a peson’s personality such that he or she always acts out of love. He did not think such an “entirely sanctified” Christian would be perfect in every sense or even as Jesus Christ himself was perfect. Wesley strongly disliked the phrase “sinless” because he knew very well that in this life, before death and resurrection, every person, including entirely sanctified Christians, would make mistakes, would falter and fail at times. The difference, for him, lies in the heart’s disposition. After entire sanctification (which he did not call a momentary experience) a person’s “heart” (center, core of personality, affections) would be dominated by love.

It was Wesley’s favorite theologian (of his Methodist movement) John Fletcher who first taught entire sanctification as a momentary experience, a “second blessing” after conversion. This was probably not Wesley’s view but he did not correct Fletcher and this view became common among so-called Holiness Christians throughout much of the 19th and early 20th centuries.

However, my own reading of Wesley’s theology leads me to believe it is entirely possible to be faithful to Wesley’s own intentions and NOT believe in a momentary experience of entire sanctification that includes (as many of the older Wesleyan-Holiness people believed) an “eradication” of the fallen nature. I think what mattered most to Wesley himself was not a momentary experience of sanctification but a lifelong pursuit of “Christian perfection” (a disposition entirely dominated by love). Wesley clearly and unequivocally considered any progress in that pursuit to the Holy Spirit even though he also believed in the use of spiritual disciplines as tools for allowing the Holy Spirit to transform the person.

Now, back to the four volume set “John Wesley’s Teachings.” It is not just a collection of Wesley’s writings. That multi-volume set (edited by noted Wesley scholar Albert Outler over many years) already exists. “John Wesley’s Teachings” is an exposition that includes numerous quotations and references to Wesley’s writings. Oden immersed himself in Wesley and produced an earlier one volume summary of Wesley’s teaching that I will avoid mentioning here because my purpose at this moment is to promote this fuller, more comprehensive exposition.

There are certain things about Wesley and his teachings that most students of Christian theology already know, but there are some other things that would surprise even most Methodists. For example, everyone already knows that Wesley preached and published a sermon about money in which he advised “Earn all you can; save all you can; give all you can.” But who knows that Wesley condemned certain money-making professions? He disallowed any of his followers from being pawn brokers. (At that time being a pawn broker was equivalent—at least to Wesley—to what we now would call a “predatory lender.”) Also, how many even Wesleyans know that Wesley published a book about health and medicine? Yes, today we would consider its contents mostly “folk medicine,” but Wesley was an avid believer in health and healing and strongly believed that many people could be helped by his advice rooted in his own researches into medicine and health.

One thing that dismayed Wesley throughout his later career as an evangelist and theologian was the tendency of Methodists to become financially prosperous. He noticed that the more money they made the more they focused on making more money. He believed and taught that any money a person made that was more than he or she needed to live comfortably should be given away to the church and to the poor. And he established various institutions for caring for the poor.

Although Wesley was British his Methodist movement flourished in America more than anywhere else—through the efforts of men he appointed such as Thomas Coke and Francis Asbury (the first two American Methodist “bishops”). Some historians have even gone so far as to label the 19th century in America “The Methodist Century.” By the end it Methodism was by far the largest Protestant movement in the United States and, in its various iterations, profoundly impacted American society.

I strongly recommend that everyone interested in modern Protestant theology (after the Reformation itself) buy and read at least portions of this four volume set. It’s not only for Methodists. This Baptist has been inspired and influenced by Wesley—as were many Baptists especially in American in the 19th century.

*Note: Here I speak only for myself and for no one else. If you choose to respond know the following: This is not a discussion board so respond only to me. Keep your response relatively brief and be sure it contributes to conversation. Angry, hostile, “flaming” comments will not be published here. Do not misrepresent anything I have written. Do not use this blog to promote your own beliefs or views. Don’t preach sermons or merely assert ideas without explanation. Be respectful and civil always. And avoid including hyperlinks in your comments.*