Again with “Good God” and Calvinism

Again with “Good God” and Calvinism 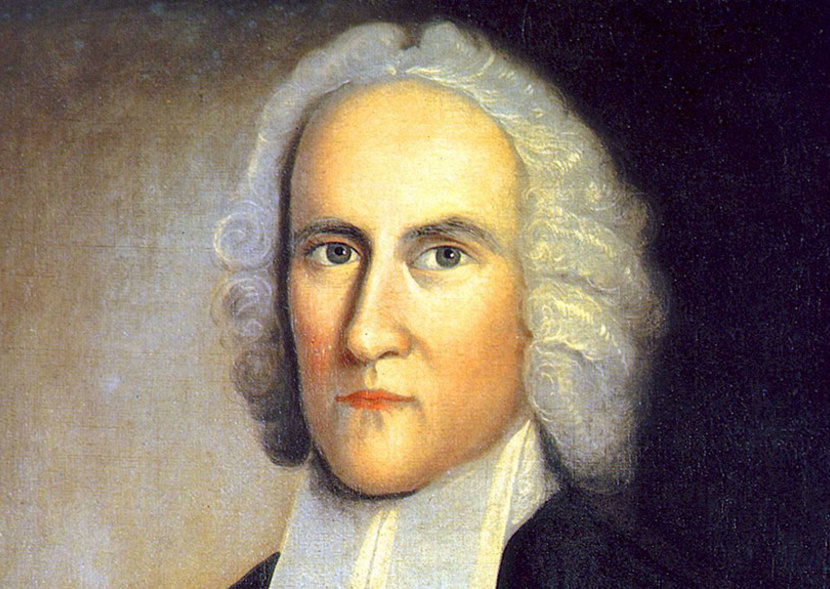 Throughout the years of this blog (and before and outside of it) I have wrestled with people objecting most strenuously to my contention that true, historical, consistent Calvinism undermines the goodness of God. If God foreordains some people to hell when he could save them because grace is irresistible and election is unconditional, then God is not good. The common response is “You are imposing on God your own standard of ‘goodness’ and God is not accountable to you or any human notion of ‘good’.” Underlying that assertion, of course, is the assumption that there is no natural, universal meaning of “good” that applies to all beings—including God. Also underlying that assertion is the assumption that whatever God does is good just because God does it. My common response has been that, if that is so, then we do not even know what we are saying when we say “God is good” other than “God is God.”

Now, to move the conversation (or argument) forward a bit I will appeal to one of the new Calvinists’ “big guns,” their hero-theologian Jonathan Edwards. (Okay, admittedly for most of them Edwards is “channeled” through John Piper, but Piper would be the first to admit that. He has very long and very often publicly admitted his indebtedness to Edwards.)

In Chapter VIII of Edwards book The Nature of True Virtue, entitled “In What Respects Virtue or Moral Good Is Founded in Sentiment; and How Far It Is Founded in the Reason and Nature of Things,” the New England Puritan theologian argues very stringently and cogently that words like “good” and “evil” must have universal, non-arbitrary meanings embedded in and arising out of the very nature of reality itself. They cannot be meaningful and be arbitrary, arising only out of sentiment or subjectivity. Here are the last two sentences of the book itself:

“Mankind in general seem to suppose some general standard, or foundation in nature, for an universal consistence in the use of the terms whereby they express moral good and evil; which none can depart from but through error and mistake. This is evidently supposed [presupposed] in all their disputes about right and wrong; and in all endeavors used to prove that any thing is either good or evil, in a moral sense.” (The Nature of True Virtue [Ann Arbor, MI: The University of Michigan Press, Fourth Printing, 1969, page 107)

Now, leading up to that final summarizing statement are many paragraphs in which Edwards endeavors to demonstrate that when a person calls an evil act “good” he contradicts himself. He gives examples of both individuals such as thieves and nations or empires that wage war for imperialistic purposes. In both cases, he argues, attempts to defend evil acts as good do not work for everyone knows and it is in the nature of reality itself that “good” is that which is praiseworthy and thieves and imperialistic empires would be among the first to deny that being robbed or invaded is praiseworthy—when they are themselves the robbed or invaded.

Edwards’s point is obvious, even though his way of expressing it is typically somewhat subtle: If “good” is to mean anything and language not be abused, we must suppose that it corresponds with a universal, non-arbitrary nature of things and that presupposes a God who is himself the author of the nature of things and even “being in general.” (p. 100)

Here it is not my purpose or intention to attempt to explain HOW Edwards could hold this view and AT THE SAME TIME believe in double predestination and even divine determinism. My one and only point here is that Edwards himself, a prototype of contemporary “new Calvinism” (via Piper and others), believed very strongly that “good” cannot have two different meanings—one for creatures and the other for God. For both “good” is “true virtue” which is “benevolence toward being.”

In this case, Edwards’s theology and ethics is right. The only alternative is to escape into “abuse of language,” as he called any attempt to use “good” subjectively or arbitrarily as if it had no real, essential correspondence with reality itself.

Now, just in case someone (probably a new Calvinist) thinks I am misrepresenting Edwards, I will appeal to two Calvinist authorities on Edwards’s theology and ethics: Michael McClymond and Gerald McDermott who, in their massive and magisterial treatise The Theology of Jonathan Edwards (Oxford University Press, 2012), admit my point. Responding to Edwards critic Norman Fiering they say “Fiering was no doubt right that Edwards’s God governed the world according to objective notions of the good that can be ascertained by all human beings.” (545) Where they think Fiering and other critics are wrong is that “Edwards insisted that these standards to which God conforms are part of God’s own being.” (545) (In this they are agreeing with and disagreeing with the criticism that Edwards’s ethic was rationalistic.)

This (above the preceding paragraph) is my answer to those Calvinists who accuse me of using a non-biblical or non-Christian, “philosophical” meaning of “good” when I say that the God of TULIP Calvinism cannot be good. (Again, here I am not interested in turning Edwards’s own realist, essentialist approach to “good” against his Calvinism. But the implication of what I am saying is clear. He contradicted himself.) Even Edwards, in his right mind, thinking rightly, knew and argued most cogently, that “good” is a word with universal, standard, non-arbitrary meaning and he vigorously denied that God’s own character is exceptional. “Good” derives ultimately from God whose character is “benevolence toward being,” so that when God commands it of us he is not commanding something arbitrarily but commanding what is truly, universally good in his own nature and our own in his own image and likeness.

So, when I argue that God predestining to eternal torment those he could save would be not good but evil I am not imposing an alien, philosophical concept of “good” on God. I am simply following Edwards in believing that “good” is self-evidently benevolence to being—even in God.