What about “Death Bed Conversions?” Are They Valid?

What about “Death Bed Conversions?” Are They Valid? November 2, 2018 Roger E. Olson

What about “Death Bed Conversions?” Are They Valid? 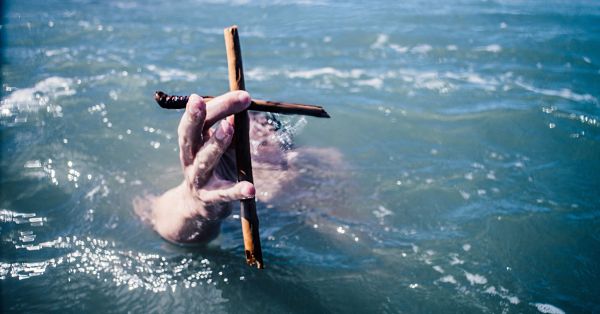 Recently a very experienced pastor and seminary professor asked my opinion about so-called “death bed conversions;” do I think they are valid?

Now, let me remind my readers that this blog is for evangelical Christians and those who want to understand evangelical Christianity better. This blog post assumes a general, broad, evangelical spiritual-theological ethos. If you do not share that, please feel free to ask a question for enlightenment and understanding, but your opinion about the matter is not welcome.

The question many evangelical (and perhaps other) pastors have long wrestled with is this: Can we believe that a person who has consciously, willfully, presumptuously lived a sinful life without repentance, be forgiven and enter into God’s eternal kingdom if he or she repents and expresses faith in Jesus Christ as Savior and Lord only very shortly before dying—knowing he or she is about to die?

I have heard this question asked and answered my entire life. It is one of the most troubling questions among evangelical Christians and especially among pastors, evangelists, spiritual directors/counselors—because there is no generally agreed, traditional answer that is consensual. Godly people on both sides—“yes” and “no”—can point to Scripture passages to support their answer.

Now let’s dig a bit deeper into the question itself. Most evangelical Christians would say that only God knows with certainty what is in the mind and heart of an individual. Most would also say that a person may know with assurance whether they are “saved” or not, but other human beings cannot know with either certainty or perhaps even assurance another person’s “inner man”—whether he or she is in a saving relationship with God or not. That’s because we cannot know about another person’s sincerity of mind and heart.

So the question really comes down to “Can we assure a recently deceased love one’s friends and family that he or she is in heaven [paradise] with God if he or she lived the life of an absolute reprobate, rejecting Christ his or her entire life, but prayed a prayer of repentance and faith just before dying?”

A key word there is “assure.” I don’t mean with absolute certainty which I don’t believe is possible for mere mortals. But the question asks about comforting the friends and family, if not the person himself or herself, with non-certain assurance of his or her salvation?

So, to move toward an answer to the question—as parsed out here. Jesus said “He who come to me I will in no way cast out.” But, of course, what does “comes to me” mean? Evangelicals have always believed what Jesus meant was not merely following him or even merely believing in him as something (e.g., messiah or Son of God) but  embracing him as Savior and Lord in the “inner man”—the core, the center of one’s personality.

So, my answer to the question, as an evangelical theologian, is “It depends.”

There’s a famous anecdote about a skeptical philosopher who, after questioning everything about revealed religion most of his life was asked on his deathbed whether he thought God would forgive him—not only for questioning but for living an unbelieving, dissolute life. The philosopher is supposed to have said, “Ah, to forgive; that is God’s business.”

Most evangelical Christians, perhaps all, would say he died unsaved because he was approaching God from his “inner man” presumptuously—presuming upon God’s grace and mercy rather than repenting and trusting in Christ and his cross as his only hope for eternal salvation.

But let’s examine why they/we would say that and then move to the pastor’s/professor’s question.

Most evangelicals (perhaps all) would say he died unsaved because, evidently, insofar as we can trust his words to express his “inner man” thoughts and affections, he was not sincere in his trust in God’s grace and mercy. That because he took God and grace for granted which is a sure sign of insincerity.

Now to the question and an attempt, however fallible, to offer an answer: “It depends on the ‘condition’ of the dying person’s ‘inner man’—his or her true thoughts and affections—during his or her ‘deathbed conversion’.” Was the prayer offering repentance and asking for forgiveness meant sincerely “from the heart” or was it only a playing of the “escape hell card?”

Sadly, we cannot know with certainty any person’s “inner man” any more than we can read their minds. We can and do say with assurance, even a high degree of certainty, that anyone who comes to God sincerely with true repentance and faith in Jesus Christ, will be saved.

So what about the pastoral counselor, chaplain, spiritual director and counselor, sitting with the family of such a reprobate person after his or her death—when they ask “Do you think our loved one is in heaven with our Lord Jesus Christ?” What should he or she say?

Only this: “If he [or she] was sincere in his [or her] heart and mind, then, yes, he [or she] is in heaven with our Lord Jesus Christ.”

Think of Jesus’s parable of the laborers who were paid the same for only working a short time as their co-laborers who worked much longer. Surely Jesus was contradicting some of the religious people of his time who believed it would be unjust of God to forgive a sinner just before he died. But he didn’t say the owner of the vineyard owed the short-term workers the same. His point was surely about God’s merciful heart toward anyone who would come to him with repentance and faith.

At the same time, I do not believe we can read into the parable a belief that God “pays” (accepts into his presence after death) someone who only pretended to work and, at the last minute before the paying, picked one olive—just to get paid.

I will admit, however, that this question and the lack of any definite answer (in the case of a particular individual) haunts me. It takes a lot of courage to tell the loved ones only “it depends.” They want a definite answer—delivered with assurance if not certainty. That may not be possible with theological integrity.

November 4, 2018 Thoughts about Men in American Culture
Recent Comments
0 | Leave a Comment
Browse Our Archives
get the latest from
Roger E. Olson
Sign up for our newsletter
POPULAR AT PATHEOS Evangelical
1