Is “Calminianism” Really a Thing?

Is “Calminianism” Really a Thing? 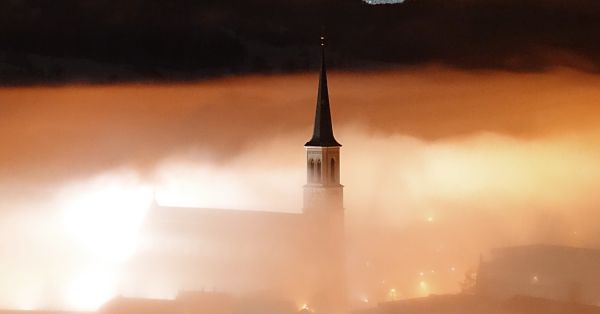 Recently I received in the mail a pre-publication copy of an article that will appear in the forthcoming Mixed Blessings: The Dictionary of Blended Religion by author Tim Stewart. (When it is published I will announce that here. In the meantime you can follow its progress toward publication at http://www.mixedblessingsdictionary.com .)

As many of you know, I have been defending classical, historical Arminianism and criticizing full-blown, consistent “TULIP Calvinism” for many years now. Of course, as an informed person would suspect, I have heard many, many people say “I’m neither a Calvinist or an Arminian; I’m a ‘Calminian’.” So I welcome Mr. Stewart’s detailed description of the different things such people mean.

Personally, speaking only for myself (but probably for many classical Arminians and classical Calvinists), I do not think “Calminianism” is a thing. People who call themselves “Calminian” are simply confused.

Now, you may wonder why this matters to me. Who cares if people call themselves “Calminians?” Believe me; it doesn’t really matter unless they really care about being theologically correct. Let me use an analogy. Many years ago in seminary, as we learned about the major Christian interpretations of the “end times” and especially the “kingdom of God” (millennium or no millennium, etc.), I remember one student stridently insisting that he was a “panmillennialist.” He explained to the class “I just believe it will all pan out in the end.”

Okay, that was slightly humorous. But it wasn’t taking theology seriously at all. I had no gripe against the student (and others I’ve heard claim the same over the years) except that this sounds dismissive of theological endeavor. To my ears, the claim to be “Calminian” is also like that. It says to me that the person making such a claim does not care to study the subject enough to realize that there really can be no such hybrid of Calvinism and Arminianism.

When I have had the opportunity to query what people mean by “Calminian” here is what I have almost always discovered. They are really Arminians who believe in the “security of the believer” or what is popularly called “eternal security.” They think one cannot be an Arminian and believe in that; they believe all Arminians belief in amissable grace—the possibility of apostasy. I try to tell them they can be Arminian and believe in inamissable grace (“eternal security of the saved”). But somehow the notion has caught on in America, anyway, among evangelicals, that in order to be Arminian one has to give up believe in the security of the true believer.

I know for a fact, from personal experience, that the label “Arminian” carries a real stigma within American evangelical circles outside of Wesleyans. Even there, among Wesleyan Christians, sometimes “Arminian” is rejected. Usually because it is not well understood.

So, to bring this to a close, it seems to me that the popular use of “Calminian” is a problem, at least for me, because it implies at least an unconscious misunderstanding of Arminianism. (I’ve never met a true Calvinist, even a “four pointer,” who called himself or herself “Calminian.”)

I have made it part of my life’s work to clear up the many confusions about classical Arminian theology and rehabilitate the category and label “Arminianism” even outside of Wesleyan circles. I have received very encouraging support for that from Free Will Baptists, some Pentecostals, and many Seventh-day Adventists.

December 1, 2018
"We Have Met the Enemy and He Is Us" Thoughts about American "Evangelicals"
Next Post

December 8, 2018 Can a Calvinist Honestly Say "God Loves You" to Everyone?
Recent Comments
0 | Leave a Comment
"O, the stories I could tell. But not here. Once I began pointing a finger ..."
Roger Olson A Radical Suggestion for Christian Educational ..."
"I’ve always wondered why they hardly ever sing any John W. Peterson songs on Gaither ..."
Roger Olson Sing a New Song?
"As the secular world dominates, it will exercise its power in every arena in which ..."
an old scribe A Radical Suggestion for Christian Educational ..."
"That said, I remember years ago Bill Gaither had a concert on CBN. He said, ..."
Mike Stidham Sing a New Song?
Browse Our Archives
Related posts from Roger E. Olson