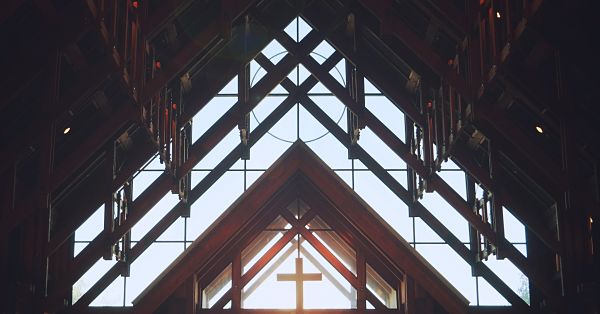 From the moment Kelly’s 1970s strip was published (on the first Earth Day) the phrase “We have met the enemy and he is us” entered into the American popular mind as a catch-phrase for any identification of a social problem that is “our own doing.” In other words, instead of pointing fingers at others, we should look at ourselves and consider the possibility that we (whoever “we” are) are the real culprits.

Every cliché worth anything has a proper context. Kelly could not have meant there are no enemies than ourselves; what he meant was that in some cases we ourselves are our worst enemies and need to be more introspective and self-critical.

We American evangelicals have gained a reputation for being guilt-mongerers, finger-pointers, even haters. I’m not sure that reputation is wholly deserved, but if perception is part of reality, we need to take this reputation seriously and ask ourselves if we do deserve it—even in part.

As a church historian who has specialized in the study of American evangelicalism I have to dig into the roots of this reputation and why it might be partly true.

In the 1940s conservative Protestant pastor, organizer, speaker and writer Harold John Ockenga and some of his friends began to meet together to consider a new kind of evangelicalism that would be different from fundamentalism which had gained a much-deserve reputation for being against things and people. Ockenga did not think fundamentalists were entirely wrong, but he (and his friends) thought fundamentalism had become infected with a hateful mentality (among other mentalities such as anti-intellectualism). Although the problem did not begin with the Scopes “Monkey Trial” (1925), that event propelled many fundamentalists into bitterness, anger and even hatred toward anything and everything they considered a defection from true religion—which they defined as anti-modernism. Fundamentalists developed a habit of condemning things more than recommending things.

Ockenga and friends wanted a “gentler, kinder evangelicalism” that would specialize in promoting the Gospel of Jesus Christ rather than in fighting heresy, “sins of the flesh,” and modern culture. The phrase “Fighting Fundies” became popular among post-fundamentalist evangelicals—to describe a certain conservative evangelical mentality that seemed to enjoy exposing heresy and sin more than being “salt and light” in the world.

People like Billy Graham and theologian Carl Henry jumped on Ockenga’s “neo-evangelical” bandwagon and off it went—making a major point of being non-fundamentalist but nevertheless evangelical in terms of holding to broad, Protestant orthodoxy and promoting missions and evangelism.

I grew up “on the boundary” (to borrow Paul Tillich’s phrase) between fundamentalism and neo-evangelicalism. The two were never entirely separate. But, when I was young, a boundary marker between the two tribes of conservative Protestants in America became Billy Graham and his ministry. (And by “his ministry” I mean to include his associate evangelists and many other things that fall under the broad umbrella of the Billy Graham Evangelistic Association, the “BGEA.”) For the most part, with some exceptions, fundamentalists rejected Billy Graham and his new style of evangelicalism; so-called neo-evangelicals (eventually the “neo-“dropped off) supported it. My family and church had one foot firmly planted in old-style fundamentalism and one foot firmly planted in the new evangelicalism. But whenever Billy Graham or one of his associate evangelists (John Wesley White, Leighton Ford, others) came to town or even a nearby city, we supported the “crusade.” True, dyed-in-the-wool fundamentalists did not. Some of them even picketed the crusades with placards condemning them as “compromised”—a code term for watered-down, weak and useless.

Then, it’s difficult to tell exactly when or how, something changed. Describing this change would take a very long time, so I will just do it with a few anecdotes. By the 1970s the evangelicalism I grew up in had by-and-large shed its fundamentalism and embraced the new evangelicalism. At least that was true of the leadership of our denomination. (I know this because my uncle was president of our denomination for twenty-five years.) We had come to embrace Billy Graham and his ministries and also the charismatic movement (including Catholic charismatics) and the Jesus People Movement (which flouted traditional fundamentalist styles while remaining conservative theologically). And we had mostly tossed aside the King James Version (Authorized Version) of the Bible in favor of new translations—something true, blue fundamentalist hated.

Here are the anecdotes that symbolize (in my memory) the shift that happened seemingly suddenly during the late 1970s and early 1980s—among American evangelicals.

While in seminary during the mid-1970s I served as a youth pastor at a church that existed on that boundary. The denomination (of which my uncle was president) was “feeling” the tension of being on that boundary. As an ordained minister specializing in youth ministry (while in seminary and then later while working on my Ph.D.) I received monthly newsletters from our denomination’s headquarters. These were aimed at us—youth ministers. Seemingly suddenly, around 1975 or 1976, the “tone” of the newsletters changed from being mostly positive to being almost solely and wholly negative. We were to identify evils in American society and steer our students away from them. I remember one such letter that claimed that evil forces in society were attempting to seduce especially youth into sexual promiscuity using even the new shapes of everyday items such as deodorants and colognes. (I’ll let you figure that one out for yourselves!) The whole focus shifted—toward hating evil people who were hedonists and those people were almost all the makers and shapers of American culture.

Then, on a completely different level, came the bombshell book The Battle for the Bible by evangelical leader Harold Lindsell. It openly condemned as false evangelicals all who defected from the author’s idea of “biblical inerrancy”—naming names and “exposing” this defection from true evangelical orthodoxy. I had grown up in conservative evangelicalism and never heard the word “inerrancy” before that—except as a term for what fundamentalists believed about the Bible!

Then, one day, I was watching the Phil Donahue Show (a very popular daily talk show like Oprah Winfrey’s but also very different) and saw and heard a leading fundamentalist pastor who I  knew to be very critical of Billy Graham attempting to speak for all American evangelicals! He had shed his “King James Only” and “back woods” fundamentalist styles and taken on the outward appearance of being a “new evangelical,” but what I was hearing from him was old-style fundamentalism—anger, bitterness, even hatred toward almost everyone who disagreed with him! Here is one thing I heard him say with my own ears on live radio. He led an “evangelical march” on Washington D.C. to protest abortion and gay rights. On the same day another evangelical leader with a reputation for being progressive socially and politically was leading another “evangelical march” on Washington D.C. to protest the Reagan administration’s changes to the American economy (especially deep cuts to welfare programs and support of Latin American military dictators). The two groups stayed apart, but a reporter for PBS asked the first man what he thought of the other one. He said (and I quote) “He is to evangelicalism what Hitler was to Catholicism.” I knew the man he was comparing with Hitler to be a kind, gentle, caring evangelical. I almost had a car wreck. (I was driving as I heard the broadcast and interview.)

Unfortunately, the man who became the self-appointed spokesman for American evangelicals on the Phil Donahue show and who dubbed his younger, more progressive evangelical counterpart as comparable with Hitler became the popular spokesman for American evangelicalism—at least among the national television and radio pundits and journalists. (He later appeared frequently on a nationally broadcast television talk show hosted by Larry King.)

To make a long story shorter, throughout the 1980s and 1990s a new style of fundamentalism that specialized in being against things began to replace the older new style evangelicalism. The fear-mongering fundamentalist heresy-hunters and culture warriors rose up and took leadership within the evangelical movement. People didn’t recognize what was happening because these new fundamentalists, who called themselves evangelicals, didn’t look like the old fundamentalists of the 1930s and 1940s. But to anyone who listened closely to their rhetoric, they sounded like them.

Now, don’t get me wrong. I think American culture has become decadent, even hedonistic. There is much to decry. But a fundamentalist is someone who thinks and acts as if even other evangelicals who disagree with them about anything are the enemy. Now, today, for many evangelicals, if you claim to be an evangelical and believe in climate change, compassion for immigrants, social welfare programs, or (God forbid!) open theism, you are a false “evangelical”—at best deluded, at worst a traitor to the “cause.”

American evangelicalism today has become its own worst enemy. Evangelicals (in America) have rightly gained a reputation for being against things rather than being for Jesus and the gospel and compassion for the weak and vulnerable people Jesus cared for. Any hint of “progressive thinking” is condemned as a being “on a liberal trajectory” (as I was accused by America’s most influential theologian—a leading evangelical pastor, speaker and writer). Today, old-style fundamentalist mentality, thinking, acting out, has taken a new form. It can actually be “hip.” But beneath the surface, it’s still fundamentalism, not “my evangelicalism.”

November 26, 2018
A Powerful Wedding Sermon: Example of "Prophecy?"
Next Post

December 4, 2018 Is "Calminianism" Really a Thing?
Recent Comments
0 | Leave a Comment
"No, I extrapolated from examples of bad politicians supported by liberal Christians to respond to ..."
Roger Olson What Is “Progressive Christianity?”
"Actually, it is the fossil record that proves the old age of the earth. But ..."
Roger Olson Why Not “Against Fundamentalism?”
"Dr Olson,At an intellectual level, becoming a Christian might be a step of faith similar ..."
Ashwin Does Christianity Require a “Leap of ..."
"You nailed it. One observation I would add is the fairly new (to me anyway) ..."
JohnM More of Jesus and Less of ..."
Browse Our Archives
Related posts from Roger E. Olson