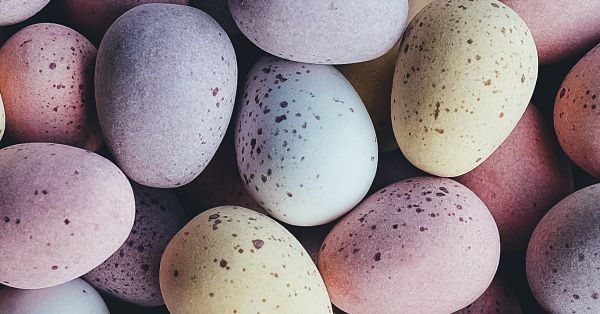 According to a mainline Protestant pastor, writing a guest column in a local newspaper, there is “overwhelming evidence” that Jesus did not require faith statements from individuals. The essay is pointedly against “sorting” people—even within churches. According to this seminary-trained pastor, Jesus simply accepted people with love and so should the churches. Atheists and agnostics are mentioned—as people who should be included within churches.

The thrust of the column, as I interpret it, is that Jesus did not categorize people but simply loved them as they were—each individual being different in his or her own way. The church should follow Jesus in doing the same.

This is a message I have heard most of my adult life—especially from liberal-leaning (“inclusive” and “progressive”) Protestants. My one and only interest here is to examine whether it is true that Jesus was a liberal-leaning religious leader who didn’t “sort” people but was simply “genuine and loving” with all people regardless of their beliefs.

In 2008 Baker (publisher) published a book by Mark Galli (then lead editor of Christianity Today) and Eugene Peterson (author many books including The Message) entitled Jesus Mean and Wild: The Unexpected Love of an Untamable God. The point of the book was, as the title indicates, that Jesus was not a “nice” person in our contemporary sense of “nice.” He did categorize people according to their responses to other people and to himself and his message.

The overwhelming evidence of Scripture is that Jesus was not a liberal-leaning, progressive, inclusive Protestant. Anyone who reads the Gospels honestly cannot miss Jesus’s harsh treatment of many people: the Pharisees, the Sadducees, the scribes and teachers of the law, and virtually anyone who began to follow him and then turned away. The evidence for Jesus’s “sorting” of people is so overwhelming in the Gospels that anyone who attempts to say otherwise is obviously overlying them with their own ideology of “nice religion.”

Many years ago Albert Schweitzer said of the liberal Protestant searchers for the “historical Jesus” or “Jesus of history” that they looked down the deep well of history for Jesus and saw their own faces looking back at them. Albert Schweitzer may have also been wrong about who and what Jesus was, but he got it right about the liberal Protestants who wanted to portray Jesus as like themselves. (Schweitzer thought Jesus was a deluded apocalyptic prophet.)

Now, I will agree with the pastor who wrote the column in question (and many like her) that atheists, agnostics, and all kinds of doubters should be welcome in our churches. “Signing” a doctrinal statement should not be a prerequisite to attending church and receiving loving care. However, insofar as they mean that the church should not “sort” or categorize people in leadership positions, well, that’s another kettle of fish. A church that has no boundaries for leadership is useless.

“Sorting” people often gets out of hand and can be abusive. Both fundamentalists and liberals both do it. It’s not as if even the column-writer doesn’t sort people. She sorts people into at least two categories—those who “sort” and those who (allegedly like Jesus) “don’t sort.” There’s really no getting away from sorting. We should strive to get “sorting” right—following Jesus’s example. People who heard his message, which absolutely did include himself as the inaugurator of God’s Kingdom, and rejected it were excluded. People who thought they were righteous because of their own good works apart from God’s grace were excluded. People who oppressed the weak and powerless were excluded.

My point here is not to single out liberal-leaning Protestants like the column-writer as the only people who attempt to create Jesus in their own image and likeness. All kinds of Christians and non-Christians do the same—in different ways and to different degrees. Jesus does not fit any of our human-made categories, but he most definitely was not a non-sorter who just accepted everyone as they were without judgment or expectation of change. And a church that does the same—especially with regard to leaders and teachers—would be pathetic if it actually existed. So far I have not ever found one that really does that.

Years ago I had a self-identified liberal Protestant pastor speak to my classes—about what it means to be a liberal Christian. He emphasized that his church was inclusive of all kinds of people without judging them. A bright and insightful student asked him what he would do if a real fundamentalist wanted to join his church. Without hardly thinking he said he would help the person find a more appropriate church to join.

December 31, 2018 What Is the Foundation (If Any) of Human Rights?
Recent Comments
0 | Leave a Comment
"This is a hotly debated subject and I have been chided here (by New Testament ..."
Roger Olson A Series: Christian Theology–Answers to Questions: ..."
"I am opposed to infant baptism insofar as it is considered a sacrament. Some Methodists ..."
Roger Olson What I Appreciate about Methodism
"Could you help me out with this bit: Know the difference between a parable and ..."
Otto Tellick A Series: Christian Theology–Answers to Questions: ..."
"I read on an Orthodox blog that John Wesley read a number of the early ..."
Robin Warchol What I Appreciate about Methodism
Browse Our Archives
get the latest from
Roger E. Olson
Sign up for our newsletter
POPULAR AT PATHEOS Evangelical
1

Church Should Be Your Excuse for...
The Chorus In The Chaos
Related posts from Roger E. Olson