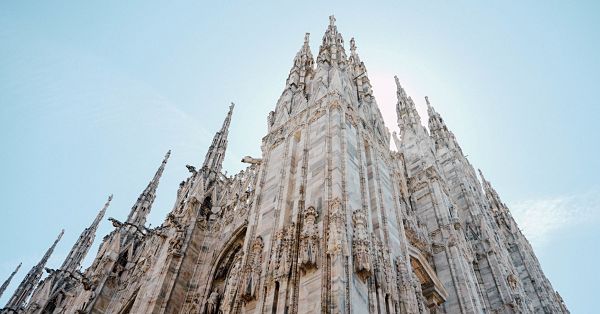 I write this essay in response to an article entitled “Students at Mormon-owned BYU urge code compassion.” (April 13, 2019) The article, written by Brady McCombs of the Associated Press, reported on a controversy about lifestyle code enforcement at Brigham Young University in Provo, Utah which is operated by the LDS Church. I have no dog in that fight, as the saying goes. However, I do admire much about the traditional LDS lifestyle.

I have been invited to BYU three times now. Each visit was for dialogue with LDS religion scholars and students. Usually there were other Christian theologians and church historians present for these events. It is clear to me that LDS religion scholars want Christians to recognize and embrace the LDS Church as equally Christian with us. I see the LDS Church moving in the right direction and pray that it keep moving “our way” (toward orthodox Christianity).

In the meantime, I wish some of us orthodox Christians would move more toward LDS values and lifestyles. Too often we have simply shifted with the secular and pagan culture around us without serious consideration. We tend to either limp or run to catch up with secular-pagan culture. Mormons (excuse me, Latter-day Saints) are much more cautious about that. The church changes, but with caution and consideration.

My LDS friends at BYU invited me to speak at the university’s November, 2017 celebration of the birth of the Protestant Reformation five hundred years earlier. Other speakers came from many different Christian traditions. LDS scholars spoke glowingly about Martin Luther as BYU students sat enraptured (I assume) by this new admiration for a great Christian reformer. Some of us who have studied Mormon history and theology were amazed at it. This was not my father’s Mormonism! (He was an evangelical pastor who considered the LDS Church a cult.)

During the breaks between sessions of the symposium I wandered around campus. I also stayed overnight on campus in its pristine and extremely comfortable guest house. Everyone hosted me with grace and favor; I felt nothing “cultic” about the place (unlike perhaps at Temple Square in downtown Salt Lake City). The “vibe” at BYU was conservative Christian. Clean, nice, modest, friendly—all seemed more than normal there.

Of course I didn’t go everywhere on campus, but where I walked and observed, both indoors and outside, I saw every student well-dressed, respectful of the academic environment, clean cut, and friendly to each other and to visitors. I asked a group of male BYU students if I could sit with them in the student lounge area and ask some questions. They were eager that I do so.

I asked about their lack of facial hair. They said they are required to shave every morning. I asked if that bothered them and they said no. I asked if they listen to “contemporary Christian music” on Christian radio and CCM CDs. They asked me to name some artists. I mentioned David Crowder and Matt Redman. Yes, they said, and went on to name Chris Tomlin and other giants of CCM.

Each time I have visited BYU I have been impressed by the ethos of the place. I disagree with distinctive LDS doctrines and find no inspiration in the Book of Mormon or other writings they consider Scripture that I don’t. However, in conversation with LDS scholars of religion over coffee (excuse me, non-caffeinated soft drinks), I have been assured that they are moving away from doctrines most critics bring up to prove them a cult and I have become convinced that their leaders are slowly but surely moving toward orthodox Christianity. I pray that shift continues all the way. But, in the meantime, I wish we more “mainline” Protestant Christians would move back toward a greater appreciation for traditional Christian values such as modesty in public attire and reverence in worship. As an outsider to BYU I urge them to hold fast to their admirable code of conduct while showing compassion to those who violate it and truly repent and return to the lifestyle they agreed to live when they enrolled.

*Note to commenters: This blog is not a discussion board; please respond with a question or comment only to me. If you do not share my evangelical Christian perspective (very broadly defined), feel free to ask a question for clarification, but know that this is not a space for debating incommensurate perspectives/worldviews. In any case, know that there is no guarantee that your question or comment will be posted by the moderator or answered by the writer. If you hope for your question or comment to appear here and be answered or responded to, make sure it is civil, respectful, and “on topic.” Do not comment if you have not read the entire post and do not misrepresent what it says. Keep any comment (including questions) to minimal length; do not post essays, sermons or testimonies here. Do not post links to internet sites here. This is a space for expressions of the blogger’s (or guest writers’) opinions and constructive dialogue among evangelical Christians (very broadly defined

April 18, 2019 Are There Two Trumps or What? Further Thoughts about Trump's Christian Status
Recent Comments
0 | Leave a Comment
"Not that I know of. According to legend, a Bishop of Toledo (Spain) long after ..."
Roger Olson Let’s Talk Theology: Questions Invited
"Again, I can’t think of a better one that “The Perfect Family” as expressed (and ..."
Roger Olson Answering a Question about the Trinity: ..."
"So here we have had two entirely different accounts of CRT (yesterday and today). Apparently ..."
Roger Olson Let’s Talk about Critical Race Theory–Theologically
"Suggestions about books to read always raise the question of level of difficulty. Alister McGrath ..."
Roger Olson Answering a Question about the Trinity: ..."
Browse Our Archives
get the latest updates from
Roger E. Olson
and the Patheos
Evangelical
Channel
POPULAR AT PATHEOS Evangelical
1

TBI, Wheelchairs & Chariots of Fire
Family and friends have shared with me visions and dreams they have...
view all Evangelical blogs
What Are Your Thoughts?leave a comment
Copyright 2008-2021, Patheos. All rights reserved.