What Is an Ideology and How to Detect One

What Is an Ideology and How to Detect One 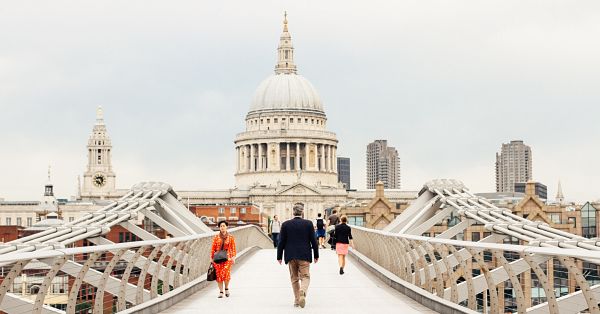 For many years I’ve been fascinated by the phenomenon of ideology. When did that fascination begin? I can’t remember the absolute beginning but I remember some books that piqued my interest along the way.

When I was in the seventh grade, back then the first year of junior high school, I read The Diary of Anne Frank. I remember that the particular paperback edition I was reading was actually titled The Diary of a Young Girl. I remember because I took it along to read when my family visited an elderly German woman who served us dinner. I expected to be bored so I brought the book to read while the adults talked. The woman saw the title of the book I was reading and said very snarkily “You shouldn’t be reading a book like that.” I wondered what kind of book she thought it was. Probably something quasi-smutty. I don’t know. Or maybe she knew about Ann Frank and thought the book and its surrounding publicity made her people look bad. I didn’t respond because I was taught that, as a child, I was to respect my elders and not “talk back” to them.

Anyway, I remember the impact that book had on me. It launched me into a years-long project of studying Fascism including National Socialism (Nazism). I read biographies of leading fascist dictators including the lesser known ones such as Spain’s Francisco Franco and Portugal’s Antonio Salazar. I remember having a friendly argument with my ninth grade Latin teacher who had lived in Spain and defended Franco. I thought Franco was a monster. But I was fascinated with human monsters.

This was also the era of the Cold War and I was fascinated with communism. We were living in the aftermath of the McCarthy hearings in the United States Congress and our home was filled with anti-communist material including books by leading anti-communists such as J. Edgar Hoover. One book I remember reading was None Dare Call It Treason—a book that claimed to expose the imminent danger of a communist takeover of America.

In high school I worked for a state leader of the John Birch Society—a very anti-communist organization. He called President Eisenhower a “dupe of the communists.” He wanted General Curtis LeMay to be America’s president. Or maybe vice president with Governor George Wallace. I can’t quite remember the details.

All that is to say how I became fascinated with ideologies while quite young and then continued to pursue that interest—including the concept of “ideology” itself. What is an ideology and how does one know when one is under the influence of an ideology?

Not very long ago I watched a documentary on a streaming service (I don’t recall which right now) by Slovenian philosopher Slavoj Žižek about the pervasiveness of ideologies. I think he defined “ideology” too broadly; to him they are everywhere. I had the feeling that he was using “ideology” for whatever ideas he didn’t like. But, nevertheless, I was again fascinated by the concept and how it is used.

One thing I have noticed is how loosely many people use the word. They think they are sounding intelligent by calling any belief system, including their own, an “ideology.” In fact, in popular language, especially among the lightly educated, “ideology” has come to mean any belief system—even that of one individual. And, very unfortunately, I think, it has shifted away from its original meaning related to political philosophies to one related to religion itself. This is probably because people have come to think of any belief system held strongly with a religious-like devotion and commitment as an ideology. That’s not entirely wrong, but, to me, anyway, “ideology” has a broader meaning but not as broad as that of Žižek and other postmodern philosophers.

To cut to the chase, as they say…what is an ideology to me? How do I think of ideology and how do I recognize one?

I limit “ideology” to any belief system that claims to explain everything about “the good life,” especially in community, and excludes even constructive criticism of itself. I will go one step further and say that ideology especially appears when the adherents of the belief system consider anyone who raises any point of criticism, even a question about it that implies a weakness to be repaired, the enemy.

Postmodern thinkers like Žižek help us by pointing out how ideologies can be hidden and influence people without their knowing it. He helpfully finds an ideology hidden in capitalist advertising (consumerism). I tend to agree. But I think we need to make a distinction between overt, hard ideologies and covert, soft ideologies. The former are easier to detect than the latter. The former, for example, exclude criticism by punishing critics; the latter excludes criticism by marginalizing critics.

Sometimes when I am contemplating a potential blog post I stop and consider the consequences—for me. At times I think it might be possible for someone who has power over me to punish me in some way merely for talking or writing about a belief system in even the mildest critical way.

Now, let me offer a disclaimer. I do not consider every belief system an ideology. Nor do I oppose an organization having a belief system that it protects. But a belief system becomes an ideology when it claims, implicitly or explicitly, to be a construct of ideas that offers a vision and a path toward the good life that trumps all others and treats critics as enemies.

Even excellent causes and movements devoted to them can become ideological and critical thinkers need to point that out but be prepared to be attacked for it.

I will offer an example from my own experience. Some years ago I attended a Christian conference on the Holocaust. Various scholars and experts spoke and read papers about aspects of the European Holocaust of 1938-1945. Everyone expressed strong sympathy with its victims including survivors and condemned the Holocaust as perhaps the worst example of attempted genocide in history. But one speaker dared to claim that there have been other holocausts in history and that the difference between it and them may be one of degree, not of kind. After he spoke a woman Holocaust scholar stood and blasted him as a “Holocaust denier.” For her, at last in that moment, belief in the uniqueness of the Holocaust, not only in degree but in kind, functioned as a kind of ideology. She turned the previous speaker into an enemy, not only of her but of all victims and survivors of the Holocaust and even of humanity (what else can “Holocaust denier” mean?) merely for daring to speak differently about the Holocaust.

This is why retirement can be a blessing for any critical thinker. While you are an employee of any organization you (the critical thinker) will inevitably notice aspects of ideology appearing in the organization or its wider constituency (e.g., customers, potential customers, “partners,” supporters, etc.). But one would be a fool to think that any social location including retirement and/or financial independency can make one immune to negative consequences for speaking or writing critically about ideologies.

Having said all of that, I want to return to a counterpoint to it. I do believe an organization has the right to have beliefs required of its members—when they become members. But adding required beliefs of them later is a different matter. Example: The seminary I attended added a required belief in biblical inerrancy and required all faculty members to sign it. Biblical inerrancy was not part of that denomination’s or seminary’s belief system—until after the publication of a book by an evangelical theologian harshly attacking seminaries and colleges that did not require belief in biblical inerrancy. I knew my professors well and I knew most of them, probably all of them, did not believe in biblical inerrancy. But all but one signed the statement to keep from being fired. (I don’t know the details about their contracts and whether they had tenure or not. I assume not.)

I have concluded, for myself, that strong belief in biblical inerrancy is sometimes part of a fundamentalist ideology. That is the case, for me, when a group of people hold it so strongly that anyone who questions it is treated as an enemy.

So the key word here is “enemy.” That is how I detect a belief system as ideology—when even constructive critics who dare to question it or any aspect of it are treated as enemies. But please understand that I believe a person can be treated as an enemy even by people who put on a friendly face.

God save us from ideologies and ideologues.

Stay tuned for a blog essay about why authentic Christianity is not an ideology.

July 27, 2019
The Key Difference between Conservative and Postconservative Evangelicals
Next Post