Why True Christianity Can Never Be an Ideology

Why True Christianity Can Never Be an Ideology August 2, 2019 Roger E. Olson

Why True Christianity Can Never Be an Ideology 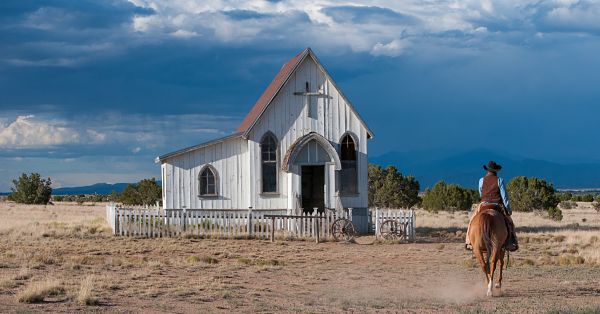 This is my promised follow up to the immediately preceding post about ideologies. It is best that you go back and read that before reading (and certainly before responding to) this one.

One of the characteristics of an ideology is its “totalizing” character. Typically, ideologies claim, implicitly if not explicitly, to explain everything important to the exclusion of all correction or criticism. Further, ideologies tend to treat critics as enemies.

This is, indeed, how many people, both Christian and non-Christian, view Christianity. But I argue that is a mistake. Yes, some people have turned Christianity into an ideology but only by leaving true Christianity behind. They still call their ideology “Christianity” but when one compares it with the gospel of Jesus Christ—it isn’t one.

First, true Christianity must be voluntary; there is no hint in the New Testament or the ancient church fathers (before Constantine) that Christianity should or could be coerced, forced, imposed.

Third, true Christianity does not encourage making enemies of people who are not Christians.

Now, these three points should be obvious to anyone who reads the New Testament and the ancient church fathers with clear eyes.

The problem is…that over the centuries since Constantine and Augustine “Christendom” has been substituted for true, authentic Christianity by many powerful Christians.

So where may true, authentic Christianity be found if not in Christendom?

Many places. But one has to look for it. It doesn’t jump out from the television set or radio.

It is my considered opinion, as a student of the New Testament and the ancient church fathers and of all Christian history that true, authentic Christianity can be found (among other places) especially among the Anabaptists, the Free Churches, the Base Communities, the Believers Churches, etc. If you want to read about this Christianity read Donald F. Durnbaugh’s magisterial (but relatively brief) book The Believers’ Church: The History and Character of Radical Protestantism (The Macmillan Company, 1968).

August 5, 2019 What's Behind the Frequent Mass Shootings in the United States?
Recent Comments
0 | Leave a Comment
"I have never been able to see any real or necessary divorce between orthodox sense ..."
Roger Olson Answer to a Question: Philosophy and ..."
"I would say the four must work together. But what about allegorical? Most of the ..."
Roger Olson Let’s Talk Theology: Questions Invited
"Philosophy as an influencer on theology surely must have differed between Eastern Christianity and Western ..."
Christiane Smith Answer to a Question: Philosophy and ..."
"Do you think the modern church should try recover some aspects of the fourfold interpretation ..."
CJ Let’s Talk Theology: Questions Invited
Browse Our Archives
get the latest updates from
Roger E. Olson
and the Patheos
Evangelical
Channel
POPULAR AT PATHEOS Evangelical
1