Thank God for Science and Scientists, but…

Thank God for Science and Scientists, but… 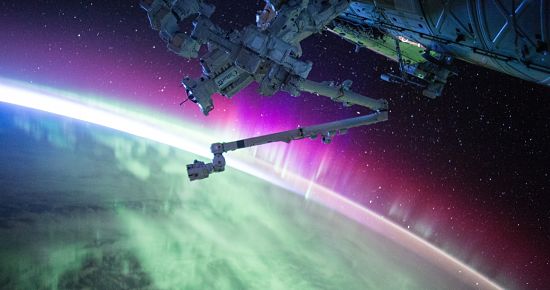 Last evening (Monday, December 14, 2020) I watched an hour long “television news magazine” program that focused on the race to create a vaccine for the COVID-19 virus. Of course, it was a condensed “tour” of the process—from beginning to now (not the end)—and very interesting and enlightening. It didn’t change my mind about science but added to my profound appreciation of science and most of what scientists do.

Like many conservative, evangelical Protestant Christians in America, I grew up in a church and family that was, to say the least, ambivalent about science. We didn’t necessarily view science itself as evil, but we spoke about it as filled with dangers because we believed many scientists were atheists and used science to undermine religious faith. Looking back on it now, and looking around at so many American Christians who are still suspicious of science, I suspect it all goes back to the big controversy about evolution. But I won’t repeat that saga; so many books have been written about it (including one by my former student and colleague Chris Rios entitled After the Monkey Trial: Evangelical Scientists and a New Creationism (Fordham University Press, 2014).

Over time, however, I overcame my ambivalence about science and have promoted belief in science as a powerful good—even to students coming into my classes from very conservative families and churches. Sometimes I begin by asking them what they think of modern medicine and whether they are reluctant (for other than financial reason) to go to the doctor and hospital when they are ill. Very, very few express any fear or distrust of modern medicine. Then I point out to them how modern medicine is rooted in science, how, without modern science, modern medicine would never have come about.

Usually, in conversations such as these I discover (or discern) that the real problem is not with science itself but with what I call scientism—the belief that appears occasionally among some scientists and philosophers that modern science holds the answers—potentially if not already—to all of life’s important questions. And that modern science conflicts with belief in God, if not with religion generally.

What I have tried to do over the years is help students and church people recognize the difference between science itself, as a method of discovering truth and creating things that make life better for humanity generally and individuals, and scientism which is a kind of religion of science—what Paul Tillich would call a “quasi-religion” (which is what he did call secular humanism). That is, scientism makes science an ultimate concern to the exclusion of anything spiritual and especially supernatural. It is a form of naturalism—the worldview that nature is all there is. My point has been, for many years, in teaching religion and theology, that science itself is nobody’s enemy; it is something for which we should be grateful and thank God. But “do not confuse science with scientism!”

A problem that often arises, however, is that some student or lay person in a church where I am speaking knows that the majority of modern American scientists are agnostics or atheists. Then I point to some who most definitely are not and yet are leaders in the modern scientific enterprise—such as Francis Collins, director of the National Institutes of Health and leader of the Genome Project that mapped the human genome. He is also one of the founders of Biologos—a non-profit organization devoted to integrating Christianity and modern science.

I also like to point out that Princeton Seminary theologian Benjamin Breckinridge Warfield, one of the “fathers” of American fundamentalism, a strong believer in biblical inerrancy, was a theistic evolutionist who saw no major conflict between the Bible and Darwinian evolution.

My wish is that we, evangelical Christians, could successfully convince our brothers and sisters that the problem is not science but only scientism and that the two are not the same. But that is a challenge since so many leading American scientists have been promoters of scientism and have been atheists or at least agnostics. Carl Sagan, whose series Cosmos was seen by most American students in high school, and Stephen Hawking and Neil DeGrasse Tyson are the “trinity” of scientists beloved by the American media and promoted as the leading spokesmen for science. All three have expressed skepticism about religion and God on the basis of science. The problem is, of course, that science cannot falsify belief in God. Science and religion are compatible but separate realms of discovery and explanation.

I have spent much of my career as a Christian theologian trying to teach all kinds of American church people (I speak often in many churches) that science is not the enemy of Christianity. It’s an uphill climb.

The American Scientific Affiliation and Biologos are two Christian organizations that work very hard and very competently to help conservative Christians overcome their biases against and fears of science. I recommend their publications and Youtube videos and other resources most enthusiastically.

Many conservative American Christians will line up to receive their COVID vaccine shots while continuing to be extremely suspicious of science. What they need to realize is that the vaccine is made possible by science, including evolutionary science. The problem with evolution is not the mechanics of it but (again) evolutionism—the belief that evolution explains everything about life to the exclusion of God or any spiritual or supernatural force. That is not necessary for belief in evolution as a mechanism of changes within and among life forms.

For those of you interested in pursuing this point I recommend Saving Darwing: How to Be a Christian and Believe in Evolution by Karl W. Giberson (HarperOne, 2009).

December 13, 2020
Waiting for Inspiration to Hit: Stay Tuned!
Next Post