Congratulations to Beth Moore on Leaving the Southern Baptist Convention!

Congratulations to Beth Moore on Leaving the Southern Baptist Convention! 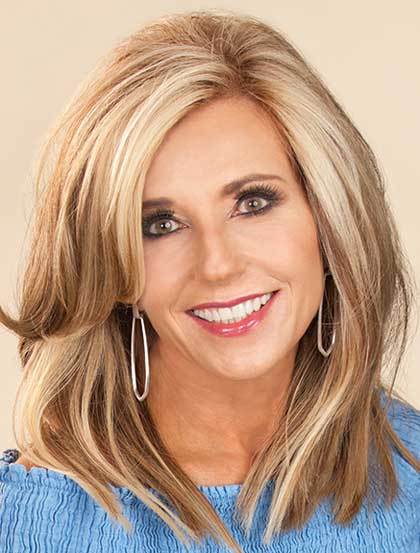 According to new reports evangelical evangelist, teacher, author and lay theologian Beth Moore, one of the most successful and widely influential Christian women in America, has finally, publicly broken ties with the Southern Baptist Convention (SBC). This was probably an agonizing decision for her, but I applaud her for making it. The SBC has many problems and among them is a certain (ahem) inhospitality toward female speakers—unless they totally toe the line with regard to the SBC’s complementarian stance. Finally Moore became so uncomfortable with that stance and its affects on herself and women in general that she broke off her relationship with America’s largest Protestant denomination and its publishing arm Lifeway.

In spite of what I am told my Wikipedia articles says, I have never been a Southern Baptist and I am proud of that. I boast of it to my students—many of who grew up in SBC churches. People wrongly assume that the institution where I have taught theology for twenty-two years is SBC-related; it isn’t. It is the world’s largest Baptist institution of higher education, but it broke ties with the SBC years ago and is now fraternally related to the Baptist General Convention of Texas (BGCT) which has about five thousand churches in several states and is an independent, free-standing denomination not related to the SBC.

As I have said here many times, I grew up in the “thick” of American evangelicalism. We were confused about the SBC. It seemed to be evangelical and yet, back then (1950s through 1970s), it would not join the National Association of Evangelicals and in most places kept itself apart and aloof from evangelical and even other Baptist churches.

Here is a typical true story that illustrates my experience of the SBC and many of its churches.

Some years ago I visited what I was assured was a typical SBC church deep in the heart of Texas. The Sunday morning worship service was focused on SBC “home missions” and they showed a video of a new SBC church “plant” in Manhattan, Kanasas, the “Little Apple.” The video, made by the SBC Home Mission Board, strongly implied that this new SBC church would be the first and only Baptist church in Manhattan, Kansas. It portrayed Manhattan, Kansas as a “mission field.” I knew that there were already several Baptist churches in that Kansas town and that there were also many non-Baptist evangelical churches there.

During his sermon the guest preacher told the young people “Be ready to go wherever God calls you. He might even call you to Manhattan, Kansas. Or he might call you to the Dakotas where people have a head knowledge of Jesus but don’t have him living in their hearts.”

After the benediction I approached the guest preacher and said “I’m a Baptist from South Dakota and I even graduated from a Baptist seminary in South Dakota.” He said “But they’re mostly Lutherans there.” I replied “Well, I know many good Lutheran Christians.” He replied “That’s not possible.”

The only time I attempted to join a SBC church was in Munich, Germany. I was studying theology there. There were only two English-speaking churches in Munich at that time and my wife and daughter did not understand or speak German as I did. So we asked to join the Southern Baptist Church. (The other one was Episcopalian.) The deacons and the pastor said my wife could join because she was baptized as a believer by immersion in a Baptist church. It was a “Conservative Baptist Church” (CBA) in Minnesota but they said they would make an exception and accept her baptism. But I was baptized as a believer, upon confession of faith, by immersion in a Pentecostal church. They informed me that constitutes “alien immersion” and I would have to be “re-baptized” to join that church. I declined.

Although I have never been SBC, I have observed it from afar and close up. My observation is that the SBC is by-and-large, with many exceptions, sectarian in its ethos—virtually ignoring other Christians and holding an attitude of being spiritually superior—even to other evangelical Baptist denominations and churches. And, during the last twenty-five to thirty years, the SBC has gone through a radical transformation toward fundamentalism.

I have been told many times (and read) that “liberals” taught at SBC-related seminaries in the 1940s through the 1980s and that was why those faculties needed to be purged. I have always asked people who said that to name even one truly theologically liberal professor who taught at any SBC seminary. Not one of them has ever given me a specific name. One such person, dean of a Baptist seminary (not one of the six SBC seminaries), who had taught at Southern Baptist Theological Seminary in Louisville, KY, told me that he knew of a theology professor at SBTS who denied the virgin birth of Jesus Christ. I asked him to tell me that professor’s name and he declined.

The two issues that seem to have become obsessions with SBC conservatives, who took over the denomination in the 1970s through the 1990s, are biblical inerrancy, the definition of which even they cannot agree about, and women in ministry, the details of which even they cannot agree about. SBC seminary professors who would not espouse biblical inerrancy and who believed in women in ministry were purged from those seminaries.

The SBC was founded in the 1840s by Baptist slave owners and defenders of slavery in the South. To be sure, the SBC later (over a century later) publicly apologized for that, but now the presidents of the SBC seminaries have publicly denounced critical race theory without consulting their own African-American mega-church pastors at least two of which (in Texas) are publicly leaving the SBC over this.

I am proud to say I have never been a Southern Baptist. And when I search for a new church to attend after retirement, after I move to a major American metropolitan area, I do not even consider one of the many SBC churches there.

So to Beth Moore I say “Congratulations!” and “Welcome” to the non-SBC evangelical world. You are better off without the SBC.