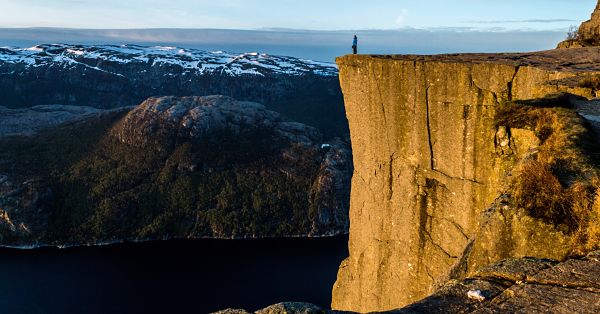 Here I step gingerly into a minefield. For forty years I have lived and worked in the American academic world. I can say with confidence that in that culture it is simply assumed that if a group other than males (boys and men) is underrepresented in a discipline or profession, they are excluded. That is, there are barriers to their being equally represented in those disciplines. To question that assumption is tantamount to academic heresy.

A few years ago I read a long cover article in The Chronicle of Higher Education insisting that the dearth of women in engineering is due to wrongful exclusion—prejudice and discrimination. And the authors (both women) argued that the profession of engineering would be better if more women entered it. The clear assumption was that engineering is a male club and that the men in the club keep women out.

The same assumption is made about every discipline of study and career or profession dominated by males or white people. If women or people of color are underrepresented, it has to be because of prejudice and discrimination by those already in the discipline or profession. It is automatically assumed it is due to unfair exclusion.

First of all let me say that I do not necessarily disagree with this assumption. It might be a right place to begin, but there needs to be more research and reflection before accusations are made. Is it necessarily the case that every discipline and profession dominated by males unfairly excludes females? Or is it possible that some disciplines and professions are not attractive to very many females?

Let’s look at the “other side” of the question. Whoever assumes that if there is a discipline or profession dominated by females it is due to unfair exclusion of males? I have never heard that suggested within academic circles. Yet males are vastly underrepresented in primary education teaching and in nursing and social work. When I have asked fellow academics about that the answer always is “They must not want to enter those disciplines or professions.” The assumption is that male privilege makes it possible for males to enter into any discipline or profession without resistance. I’m not convinced of that.

Recently the public school district where I live launched a project to diversify the faculties of its schools. The articles in the newspaper focused solely on the independent school district’s efforts to recruit more people of color—to approach something like parity with the diversity of the students most of who are children and youth of color. My only objection (in a letter to the editor) was that men were not included in the recruiting effort. There are very few men teaching in the primary and middle schools in that school district. And yet, studies have demonstrated that boys learn better from men (just as girls learn better from women).

Some years ago I taught cohorts of nurses in a college’s degree completion program. They were almost all women. I can recall only one man out of hundreds of nurses I taught. And he was clearly ostracized by the women in his cohort. Only one ever spoke to him and she came to me privately and said that throughout their courses of study (toward a master’s degree in nursing) he was always ignored by the women (except her) and excluded from their social gatherings. I observed that first hand. The women students organized two social events during the six weeks that I taught them and he, the male student, was never spoken to by any but that one woman. All the others treated him like a pariah. If that isn’t exclusion….

So, yes, exclusion sometimes does explain underrepresentation, but I wonder if it always does?

Back to the article in the Chronicle…. As I read it I wondered two things. Would the authors agree that primary education and nursing and social work would be “better” if more men were in them? Also, how, exactly, would more women in engineering make it a better profession? Would women design better bridges?

March 13, 2021
Congratulations to Harry and Meghan for Escaping the Royal "Trap"
Next Post

What Rejecting God Did to Higher...
Cranach
Related posts from Roger E. Olson

Evangelical
How This Blog Came to Exist and Why...
Roger E. Olson
TRENDING AT PATHEOS Evangelical