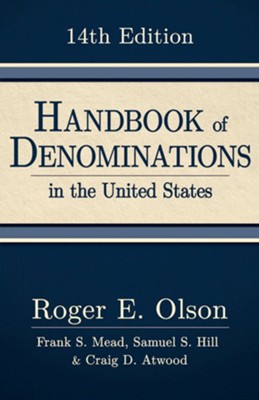 A few years ago I had the privilege of re-writing (editing and authoring) the 14th edition of the venerable reference book The Handbook of Denominations in the United States published by Abingdon Press. One of the changes I made was to mention each denomination’s stated policy with regard to gay marriage and homosexual sexual relations. In some cases I could not find a stated, official policy, so I contacted the headquarters and spoke or corresponded with the highest leader possible.

Of the approximately 260 denominations listed and described in the volume, about 200 of them have official or unofficial policies against gay marriage and same-sex sexual relations. In some cases they asked me not to publish their policies, but they assured me they practice the policies even if they do not want it known outside their denominations.

They are worded very differently from each other; there is no “template,” so to speak. However, the vast majority of Christian denominations in the United States do not condone gay marriage among their ranks and do not approve of same-sex sexual relations. Many of them state that it is sin.

A few denominations take a kind of middle position–saying (for example) that they do not condone it among their own “people” but do not oppose it outside of their ranks. In other words, they are not going to fight or lobby to reverse the Supreme Court decision regarding equality of gay people with straight people in terms of government-recognized marriage. Most did not say anything about that. A few denominations take a middle position saying that they will include gay people–married and not married–within their membership ranks but will not perform gay marriages.

The overall impression, however, that I think is not well understood by most people, is that the vast majority of American Christian (and many non-Christian) church organizations, denominations, networks, independent congregations, do not approve of gay marriage or same-sex sexual relations.

It is not as if there are a “few hold outs;” the “hold outs” (in terms of denominations) are those relatively few who endorse and affirm gay marriage within their ranks.

A few so-called “mainline Protestant” denominations leave the issue up to regions (synods) or individual congregations. Some of those are now facing divisions over that. New denominations are forming all the time because of perceived permissiveness on this issue. The new denominations are almost all opposed to gay marriage.

Now, if you are really interested in this, please buy your own copy of the book: The Handbook of Denominations in the United States (14th edition) (Abingdon Press).

*Note: Here, as always, I speak only for myself and not for anyone else. If you choose to respond, do so constructively and respectfully. Comments that are insulting, argumentative, insulting will not be approved. Keep your comment or question brief. Remember that this is a blog FOR evangelical Christians; others are welcome to ask questions better to understand evangelical Christianity. Do not include any hyperlinks or pictures. Avoid naming names of persons or organizations unless it is to recommend a relevant book or article. Know that the discussion section here is like an opinion page in a newspaper; I am like the editor of the opinion page and do not select every submitted message to publish. No one has a “right” to comment here; “censorship” is only when a government suppresses expression of ideas. If you want your comment or question to be published here, keep it brief and to the point; make sure it is relevant to what I wrote and does not misrepresent what I wrote in any way.