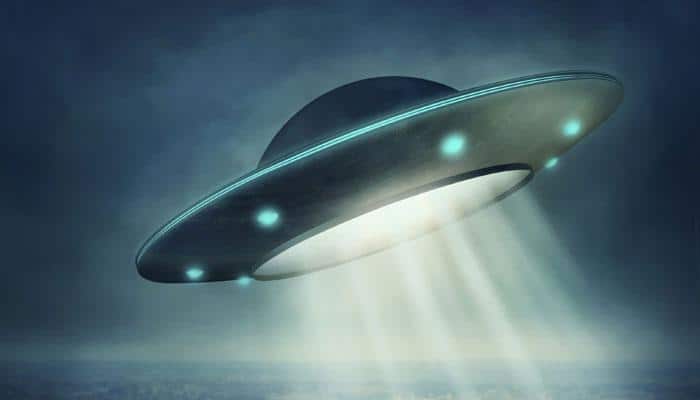 Author: Ted Peters is a pastor in the Evangelical Lutheran Church in America and author of,

The worldwide UFO community has been waiting on tip toes for the Pentagon report to the U.S. Congress on UAP (Unidentified Aerial Phenomena). We want to know the source of UFO reports because it is a matter of national security. U.S. Senator Marco Rubio (R-Fla.) told Bill Whitaker on 60 Minutes, “Anything that enters an airspace that’s not supposed to be there is a threat…After all, the reported UAPs might be some kind of advanced aircraft developed by an adversary nation such as Russia or China.” The yet-to-be scheduled congressional briefing is coming soon in June, we have been told.

Between today and that day on Capitol Hill, watch the mud fly. One side flinging mud at the so-called “believers,” is the US military industrial complex. This side claims that UFOs come from two sources: (1) secret weapon technology designed by various militaries on earth; and (2) extraterrestrial aliens who are hostile and threatening to attack earth. This position hopes to increase funding for the U.S. Space Force to protect us.

Mud being flung from the other side comes from the so-called “believers.” The believers are convinced that at least some UFOs derive from extraterrestrial beings that are benign, even caring. These aliens wish to save our planet from war and ecocide. Therefore, we need to avoid taking military action against extraterrestrials. Which side are you on?

When the big day arrives and our Pentagon experts relate UAP intelligence to the world, will we be stunned, awe-struck, worried, bored, or disappointed? Apart from concerns about national security, do UFOs and possible visits from extraterrestrial civilizations have religious importance? You betcha! Big time. Let me carefully demonstrate just how and why Christians should put on their skeptical glasses when watching the skies for heavenly signs and wonders.

The contemporary UFO phenomenon began on June 24, 1947 when pilot Kenneth Arnold spotted nine “flying saucers” in formation around Mount Rainier. Since then UAP reports of amazing flying discs and night time lights in the sky plus reports of extraterrestrial contact and even abductions by aliens have flooded our awareness. We all have become familiar with the package that includes UFO reports, debunking of witnesses, government conspiracies, paranormal experiences, ancient alien documentaries, and Hollywood films. We can find the green or gray alien face on our key chains and tee shirts.

Frankly, no one who has studied UAP with serious science has come up with a satisfactory explanation to cover all these seemingly related phenomena. Not even the Pentagon. It’s fun to fantasize that we are being visited by neighbors from an exoplanet somewhere in the Milky Way. But after three quarters of a century the extraterrestrial hypothesis has not been confirmed. UFOs remain unidentified.

Let me suggest that the discerning Christian should ask a different question: what do UFOs mean? Or, what is the cultural meaning of the UFO if we imagine that it is piloted by emissaries from an extraterrestrial civilization?

If the critically thinking Christian gets out a magnifying glass to scrutinize the belief systems that have grown up around this mystery, something fascinating becomes visible. What gets revealed is a widespread cultural hope for salvation.

Do you think I’m overstating the case? Research it yourself. Read what the great contactees of the 1950s such as George Adamski passed on as messages to earth from the other planets, namely, warnings to cease nuclear weapons testing. Check out the memoirs of the abductees of the 1980s and 1990s who report that aliens urge us to take care of our precious planet. Watch once again the two authentic UFO movies—“The Day the Earth Stood Still” (1951) and “Close Encounters of the Third Kind” (1977)—and listen for this message: earths’ salvation comes from the sky in the form of an advanced alien technology.

For two plus centuries we earthlings have sought salvation through technological progress. Our technology has wrought breathtaking advances in medicine and human health. But, it has also wrought weapons of mass destruction and ecological degradation. Because of what Christians call “original sin,” we simply can’t get over the hump by our own efforts or merit. We need grace to be saved. Perhaps that grace could come from the heavens, from an extraterrestrial technology.

This critical examination of terrestrial culture through the UFO lens confirms what the gospel has already told us, namely, we human beings hunger and thirst for redemption. But, no matter how hard we try, we cannot redeem ourselves on our own. We pray for redemption from heaven.