Is There Such a Thing as “Public Theology?”

Is There Such a Thing as “Public Theology?” 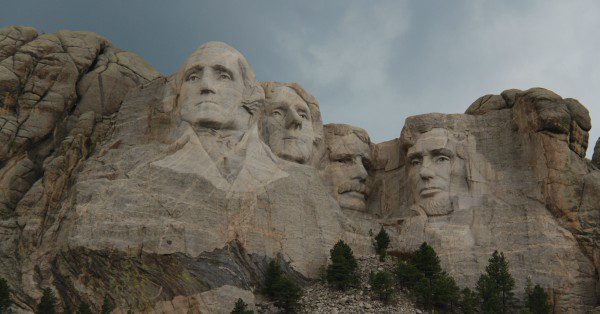 Recently, a major evangelical magazine hired a well-known Southern Baptist ethicist to lead their “public theology” division. This provoked a question in my mind. Is there really such a thing as “public theology?”

So what does “theology” mean? When you don’t ask me, I know perfectly well. But as soon as you ask me, I am not sure. “Thinking about God” and “Faith Seeking Understanding” are two traditional brief definitions of “theology.” One major dictionary defines it as “the science of God.” Orthodox, evangelical theology, however, assumes some basic presuppositions which may or may not be rationally justified apart from a faith commitment. That is appearing increasingly in our post-Christian, secular and pagan, pluralistic culture in the West.

So what does “public” mean?” Again, when you don’t ask me, I know perfectly well. But as soon as you ask me, I am not sure. In America today, “public” seems to mean “for everyone.” If we assume that American today (2021) is post-Christian, pluralistic, largely secular, with many pagan elements, then “public” seems to be problematized—especially when attached to any religion or ideology or worldview.

Karl Barth was strongly opposed to any attempt by Christians to defend Christianity on non-Christian grounds. The same is true of the “post liberal” theologians such as Hans Frei and William Placher. (See Placher’s wonderful little book “Unapologetic Theology.”) Stanley Hauerwas would seem to oppose public theology in that sense.

One the one hand, why not? Insofar as American is truly pluralistic and tolerant of all points of view, why shouldn’t Christians do public theology in that way? All kinds of ideologies and world views are being promoted in the so-called “naked public square.” Why should Christians keep our worldview to ourselves?

On the other hand, it does seem the case that when we attempt to do public theology in the public square—attempting to make our worldview (which I have described in detail in Essentials of Christian Thought) worthy of attention and even of influence in the public square, alongside, say, secular humanism, we are in danger of casting aside the requirement that lies at the heart of Christianity which is, namely, faith commitment in Jesus Christ as crucified and risen Savior and Lord.

Over the years, in spite of having studied with Wolfhart Pannenberg, I have come to adopt the post liberal point of view about Christianity—although I have called my version “postconservative” because I was never liberal! How can I be post liberal when I was never liberal? Both mean that Christian theology is for Christians. We cannot expect non-Christians to share our basic assumptions about reality. Christianity and secular humanism, for example, are incommensurate world perspectives.

So what can I do in the “public square?” I can argue, as I do here, that alternative world views (to Christianity) have very serious flaws and invite non-Christians to look into Christianity as an alternative to other belief systems. But, ultimately, I do not see any way for a non-Christian to adopt full-blooded Christianity (as opposed, for example, to Moralistic, Therapeutic Deism) without a conversion experience of some kind. (I don’t mean an emotional experience, necessarily, but a change of mind and heart that only the Holy Spirit can bring about.)

Christian theology is for Christians only. Others are welcome to listen in and ask questions and, of course, consider becoming Christians.

Full-blooded, real Christian theology, however, assumes the truth of revelation from God that can only really be believed in with faith—which is a gift of the Holy Spirit.

So, when real Christians look outward, into our post-Christian, pluralistic, secular and pagan culture, what can we do beyond witnessing? We can, if we feel called and capable, point out the very serious flaws in ideologies and world views that attempt to become established as the foundation of American culture and common life. We can point out that there is no ideology or worldview that has the right to dominate everyone’s beliefs and behaviors. All of them are faith-based in some sense. We can show by our way of life how transformative Christian belief can be. We can speak prophetically to fellow Christians who abuse Christianity to oppress people. There is much that we can do.

The one thing I believe we cannot and should not do is attempt to impose Christianity on everyone.

What, then? What if we Christians want to influence public life, public policies? Then we have to search for and find middle axioms. These are ethical principles that have something in common with our Christian worldview but do not require full blooded and authentic Christian faith—to see their rightness.

But this is not really “public theology.” To me “public theology”—as a concept, as a phrase, as a label—inevitably carries dangers. Inevitably it will leave out the center, the heart, of Christianity which is Jesus Christ—as more than an example of “good humanity.” Public theology has the danger, built into it, of becoming something other than full-blooded, “thick,” Christianity.

Notice to would-be commenters: Here I speak only for myself and not for anyone else. Comments are welcome if they are constructive. Disagreement is welcome if it is respectful. Comments that misrepresent what I wrote will not be approved for inclusion in the discussion section here. Keep comments/questions brief, concise, to the point. Do not misuse my blog by, for example, attempting to use it to promote your own agenda or ideology or point of view—as if it were your own blog. This is my blog, not yours. There is no guarantee that any comment will be approved. Do not name names of living people or institutions in any negative way that could be considered slanderous. Do NOT include any hyperlink in your comment; comments containing hyperlinks will automatically be deleted.