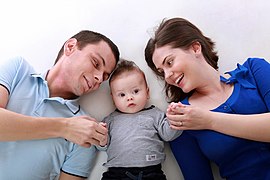 *I realize this is an extremely sensitive subject and some people may not want to read this essay for that reason. Please stop now if you might be offended by this essay or the ensuing discussion (which I will monitor and moderate very carefully). I promise to avoid all vulgarity, but what is vulgar for some is not vulgar for others, so if you suspect this whole subject is vulgar to you, please don’t read on.*

Two practices cause me to write about circumcision. First, some cultures still routinely practice what is known as Female Genital Mutilation (FGM) on extremely young females and it is widely condemned outside of those cultures—as inhumane and cruel. I agree with that assessment. The whole world needs to condemn this practice and it needs to be made illegal. It is, of course, already illegal in many countries. But it is still being practiced in some places in the world and I fully support the efforts to stop it through education, persuasion and, when those fail, legal means.

Second, my home country, the United States of America, is one of the last countries in the world where male circumcision is routinely practiced for non-religious and non-medical reasons. That is, at least until recently, most male babies born in the U.S. were routinely circumcised even if their parents were not Jewish. Even if they are Jewish it can sometimes get highly controversial—as in the case a few years ago where a Jewish parent wanted his pre-adolescent son circumcised. (He was not, for some reason, when he was an infant.) The case went through the courts and I don’t remember the outcome. My memory, faulty as it may be, is that the boy did not want to be circumcised and the mother did not support it, either. But the father had joint custody. Beyond that I don’t recall the details. But that is a rare case about which I would say–let the son wait until he is at least sixteen to decide.

After much consideration, I have come to the conclusion that, although male circumcision is not comparable with FGM as to lifelong negative consequences, it is still involuntary mutilation and therefore ought to be banned—except perhaps for babies born into religions that require it for membership. In other words, a religious exemption should be made.

The vast majority of male infants born in the United States were routinely circumcised shortly after birth—until recently. In recent years the practice has been to give parents the choice—either to have their infant son circumcised or not. Reliable statistics are hard to come by, but my impression is that it is about a sixty percent/forty percent split. About sixty percent of parents have their infant sons circumcised, often only “so that he will look like his father,” and about forty percent are not.

Some people believe that circumcision should be universal because medical studies suggest that circumcision can lower the chance of the male later passing on venereal diseases and even HIV to sex partners. However, parents can be educated to teach their sons to clean their genitals properly with the same positive result. The issue is not the foreskin itself but cleanliness.

The principle here is consent to bodily mutilation. It is my opinion that any permanent body mutilation should be consented to—after a certain age is reached. For example sixteen. There is an “age of consent” for many things including sex, alcohol consumption, use of tobacco, etc. Even tattooing requires consent. Parents cannot have a child under a certain age (determined by states) tattooed. Receiving a tattoo requires informed consent. The same principle should apply to circumcision.

Another example is one about which most people remain unaware. During the mid-20th century, some doctors and parents in certain eastern European countries routinely removed childrens’ appendixes in order to prevent the rupture of the appendix. Apparently it was believed that this was a fairly common cause of death. It probably wasn’t. In any case, many children were subjected to unnecessary appendectomies that were painful and left them with scars. This procedure is called “prophylactic appendectomy” and has been almost completely abandoned now. I oppose it and anything like it—until the age of mature consent when it may be done voluntarily.

Now, of course, I anticipate objections based on the Old Testament commandment by God to the Hebrew people to circumcise their infant sons. However, that carries no weight except for Hebrew people, followers of the Jewish faith. (Some Muslims also.) For Christians, clearly the New Testament lifts that commandment. There is no Christian reason to circumcise infant boys.

Also, there have been cases, in the United States but even more elsewhere, where circumcision has been poorly inflicted with devastating results. In one well-known and often talked about case a boy’s penis was so mutilated at circumcision that it had to be removed. He was raised as a girl and eventually committed suicide. I have seen one or two documentaries about this tragic case.

During the 1980s and 1990s I taught cohorts of nurses in a college “degree completion program.” They were almost all LPNs who needed a bachelor’s degree to pursue RN status. Several times I raised the question of male circumcision and many of them reported having witnessed cases where no anesthesia was used and the infant suffered great pain. Even when anesthesia is used, infection can result from the surgery. And the procedure is absolutely unnecessary.

Theologically, I believe in the integrity of the human body and do not believe it should be unnecessarily altered. I also believe any unnecessary permanent alteration should be done only with mature consent.

Here I simply add my voice to the growing chorus of voices calling for an end to routine male circumcision. Even parents who want their infant son circumcised should be denied—unless there is some compelling medical reason for it. I support the previously mentioned religious exception.. I would support no legal penalty for Jewish and Muslim parents who have their sons circumcised. My opposition is to medical professionals who perform the surgery ONLY because the parents want it done. They should say no and educate the parents about the benefits of teaching their son(s) how to clean themselves as they grow older.