The Joker/Jester Asks “Why ‘Chosen’?”

The Joker/Jester Asks “Why ‘Chosen’?” 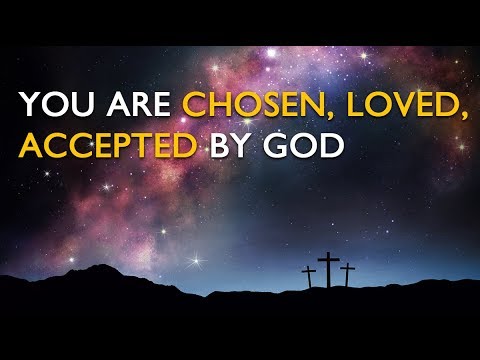 For those new to this series, occasionally I take on the role of a church-appointed joker or jester, someone given by the church the right without penalty to question anything—anything said or done by the church, its leaders especially, but also customs, habits, traditions of the congregation or denomination. It is my strongly held belief, based on many years of experiences in numerous American Christian congregations, that many of them (and denominations) develop beliefs, customs, traditions, habits that deserve to be questioned because they may be untrue, unhelpful, detrimental to the health of the kingdom of God that God is building.

Over the last few years, especially, I have seen printed and heard spoken the word “chosen”—by Christians. Insofar as the word is used by Calvinists for the “elect,” I understand it even if I disagree with the theology in which it is used.

However, increasingly, I have read and heard “chosen” used by Christians in highly dubious ways. Here is one example. Recently I drove past an evangelical mega-church that I happen to know quite well. It is not Calvinist. I would compare it in style to Bethel Church in Redding, California—a strong emphasis on the gift of prophecy for all Christians. It is semi- or quasi-charismatic. It was sociologists of religion used to call “Third Wave” and I would call “Renewalist.” Not Pentecostal, not exactly charismatic, but more like those and unlike those.

The big sign outside the church now reads “You Are Chosen and Loved.” Below that is a subtitle slogan about Christmas. “You are chosen?” The sign is aimed at every motorist and cyclist and pedestrian going by the church on the six lane thoroughfare that runs through the city. “You Are Chosen?” I would ask the church’s leaders to whom that “you” refers. Semantically, it refers to all people without exception. There are no qualifiers on the sign that would indicate otherwise.

What church or denomination believes all people are chosen by God?

It seems to me that the word “chosen” is becoming a “catch-word,” a slogan word, a word that appeals to people emotionally—but not for any reason of truth. As I have said here numerous times before, truth seems not to be particularly important anymore and increasingly that is the case among Christians, not just postmodern secularists.

“You are chosen” gives a warm, fuzzy feeling, but what does it mean? Well, said within a religious context, it means that God has selected you—everyone, in this case—to be saved.

Again, someone might quibble and say “But that is the gospel! God has chosen everyone to potentially be saved!” Sorry, that is not what “You are chosen and loved” on a church sign conveys. And if everyone is “chosen,” then no one in particular is chosen. “Chosen” naturally implies “selected”—selected out of a group. That’s normal language.

So, again I ask, what denomination or church or tradition actually believes that all people are “chosen?” Well, that would be Universalists, now part of the Unitarian-Universalist Fellowship of Churches. Oh, there might be a few others who believe all people are selected by God for salvation. Allegedly two or three ancient church fathers believed in universal salvation. But I am just about as sure as possible that this particular church, the one with the sign that reads “You Are Chosen and Loved” is not universalist in its soteriology—theology of salvation.

So why would a conservative Protestant church say to everyone “You Are Chosen?” I can only assume because it sounds good; it gives off a “good vibe.” But is it true? Is it what the church really believes? As a Christian theologian I will say it is not true and I am almost certain it is not what the church in question believes.

“Chosen.” What is that? Why is the word seemingly suddenly so popular among even conservative Christians? Until I am convinced otherwise I will continue to believe it is only because it is thought to be emotionally appealing, not because it is actually believed.

My call here is for all churches to be cautious with language and only use words and phrases that are consistent with their actual beliefs.

If I see “You Are Chosen” on a sign in front of a church I will assume one of two things. Either it is a Calvinist church and the “You” refers only to the elect, or it is a church that doesn’t think and speak clearly. It sends an “uncertain sound”—probably to appeal to people’s feelings but hiding what it actually believes.

Now, finally, I know there are some Christians who say they believe that all people are “chosen” by God for salvation in and through Jesus Christ and potentially saved if they will allow themselves to be saved. Again, I think the word “chosen” is misused there. In its natural sense, “chosen” means “selected out of a group of alike objects.”

I open myself to the accusation of being pedantic. This would not be the first time. “Pedantic” means “teaching.” That’s me. My vocation is teaching. So I take “pedantic” as a compliment even though in today’s culture and common language it is often used as an insult (as in “nit-picky”).

By now, if you are biblically literate, you should have thought of Matthew 22:14: “Many are called, but few are chosen.” I didn’t quote that verse—spoken by Jesus himself—until now because I wanted to find out how many readers would think of it and wonder why “You Are Chosen” would ever be aimed at everyone by an evangelical, Bible-believing and teaching church.

December 26, 2021 The Sorry Condition of Christian Ethics
Recent Comments
0 | Leave a Comment
Browse Our Archives
get the latest updates from
Roger E. Olson
and the Patheos
Evangelical
Channel
POPULAR AT PATHEOS Evangelical
1