*Note to would-be commenters: This is not a discussion board; it is a place for me to express my evangelical opinions and have civil conversations with evangelicals (whether they call themselves that or not) and answer questions from non-evangelicals. If you choose to comment, keep it relatively brief, to the point, constructive for dialogue, respectful and civil. Argumentative comments/questions will not be posted. Do not include any links or pictures in your comment. Know that I speak here only for myself.* 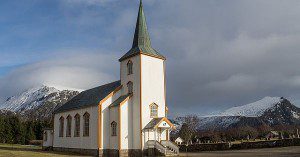 Let’s begin by getting some terminology right. Both “Reformed” and “Evangelical” are essentially contested concepts. Many Americans think that “Reformed” is synonymous with “Calvinist.” It is not. “Reformed” is a broader phenomenon, spiritual-theological identity, than “Calvinist.” Most Calvinists consider themselves Reformed, but not all Reformed people accept as fellow Reformed all Calvinists. The basic historical creed, or confession, of Reformed Christianity world wide is the Heidelberg Catechism. Presbyterians, who consider themselves Reformed, would add, for themselves, the Westminster Confession. (There are very strict Reformed people who do NOT consider Presbyterians truly Reformed.)

I have written here and in my books and articles much about the meaning of “evangelical.” (Here, as elsewhere, I capitalize the word when I’m referring to a movement—people and organizations—but do not capitalize it when I’m referring to a spiritual-theological ethos.) Historian David Bebbington has defined “evangelical” as a form of (mostly Protestant) Christianity that emphasizes biblical inspiration and authority, conversion as an experience, the cross of Jesus Christ as the only way of salvation, and world transformation through evangelism and (sometimes) social transformation (“activism”). I add that all true evangelicals are orthodox in terms of belief in Jesus Christ as God incarnate, in the Trinity, and in salvation by grace alone. I do not consider real heretics (by historical standards of orthodoxy shared by all traditional Christians of all denominations) real evangelicals.

So, there you have it—my definitions of “Reformed” and “evangelical.”

I recently read a 2018 online article by a professor at Calvin University in Grand Rapids, Michigan, the “Mecca” of American Reformed Christianity, stating that she considers herself Reformed but not evangelical. And she makes the claim, in the article, that, historically, the denomination of her upbringing, to which she still belongs, is not evangelical but is Reformed.

Ironically, however, she notes that her denomination is a member of the National Association of Evangelicals, but she seems to regret that. Her narrative is that the denomination, and others like it, stands apart from the American evangelical movement while sharing some of its spiritual-theological ethos.

I think she is partly right and partly wrong. Here is my narrative.

I grew up in the “thick” of American evangelicalism. My uncle was a member of the national board of the NAE. However, like the author of the article, SOME of “us” did not like to be lumped in with “evangelicals.” We Pentecostals liked to think of ourselves as special, even somehow more special than mere evangelicals. The same situation held among Southern Baptists and other denominations. Overlap with Evangelicalism but also difference.

The Calvin professor’s article stirred up some personal memories for me. One wing of my large family (when they were all alive I had 65 first cousins!) was Reformed. They were all members of the Christian Reformed Church. My Christian Reformed cousins even belonged to the CRC’s youth group which was then called “Young Calvinists.” At least some of them attended a large CRC school that was bigger than the public schools in their Iowa town.

And these CRC relatives of mine were intensely evangelical even if the male adults drank beer. (We Pentecostals worried that people who drank beer might not be authentically evangelical.) They talked about Jesus all the time. They prayed fervently over meals. They held “family devotions” daily. They lived lives of strict adherence to traditional evangelical moral and ethical norms (other than the beer-drinking). They loved Billy Graham. I will never forget my CRC aunt’s funeral in a large CRC church in northern Iowa. The pastor preached an evangelistic sermon over her casket and ended the funeral with an invitation for the unsaved to accept Jesus Christ as Savior and Lord.

Now, I realize that my CRC aunts and uncles and cousins did not represent ALL Reformed Christians, but they claimed to be typical of CRC people. I know because I overheard conversations between my parents and them. And I well remember my CRC uncle’s descriptions of his/their CRC church. It sounded revivalistic. I remember my parents mumbling something in the front seat, returning home from a family reunion with our CRC relatives, about them having “everything except the Holy Spirit.” By “the Holy Spirit” they meant speaking in tongues and other supernatural spiritual gifts.

I remember conversations between my parents and other family members (many of them Pentecostals) and the CRC relatives—about things like infant baptism. My CRC aunt and her brother, my uncle, insisted that infant baptism does not save the child. It only initiates them into the family of God but they would have to accept Jesus Christ for themselves later in order to be considered saved.

In sum, my experience of the CRC (and later some other Reformed churches) was that they were fully evangelical even if they did not use that word. My CRC relatives called themselves evangelical but with some qualifications. They did not want to be “lumped in with” fundamentalists and certain revivalists. Neither did we! And their theologians were different from ours. But as for the spiritual-theological ethos, it was the same. They held firmly to Bebbington’s evangelical quadrilateral just as we did.

What I think is that the Calvin professor who authored that article was looking at current (second decade of the 21st century) American “Evangelicalism” and then looking back at her upbringing in the CRC and wanting to put distance between them. So do I—between my evangelicalism (a spiritual-theological ethos) and American Evangelicalism (as a now shattered movement haltingly led mostly by fundamentalists). But, unlike her, I still value my/our common evangelical spiritual-theological ethos and can’t find any other label for it than “evangelical.” And her embrace of “Reformed” is confusing because it is so broad and essentially contested and (I think most likely) not all Calvinist.

February 5, 2022
How Far Should Christians Go in Bowing to the Demands of Secular Culture?
Next Post