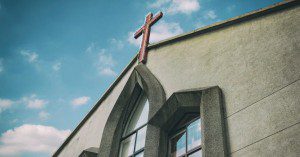 *Note to would-be commenters: read one of my previous posts here for the “rules of the road” and please follow them.*

Here are some further thoughts about evangelical Christianity and atonement:

1. I have considered the possibility of “substitutionary atonement” without the “penal,” but Craig’s book convinced me that’s really not possible. If Jesus Christ was crucified as our substitute and for our salvation, then there had to be a penal aspect or dimension to his substitution. I do not consider the WORD “penal” necessary, especially if it is a stumbling block to someone considering substitutionary atonement.

2. I have studied and taught about the atonement a great deal throughout my many years of studying and teaching theology and writing about it. I read substitutionary atonement in scripture (see Craig’s book or even the older version of the same argument by Leon Morris entitled The Apostolic Preaching of the Cross. Or just “Google” the Bible and substitutionary atonement to find the numerous biblical passages that strongly imply it.)

3. My argument was (in the previous post) that rejection of substitutionary atonement is a significant departure from evangelical Christianity. I am a scholar of evangelical theology and so I know this to be the case. I could also mention important theologians who are not usually categorized as “evangelical” (in our American sense) who held very strongly to substitutionary atonement (including penal substitution): Karl Barth, Emil Brunner, Juergen Moltmann among others.

4. Having recently dived deeply into liberal Protestant theology (see my forthcoming book Against Liberal Theology: Putting the Brakes on Progressive Christianity [Zondervan]), I am convinced that rejection of substitutionary atonement is a step toward liberal theology if not a sign of it.

5. Anselm’s so-called “satisfaction theory” was/is a form of substitutionary atonement even if not exactly the same as they Reformers’ theory of “penal substitutionary” that is highly forensic.

6. Forensic soteriology, in its fullness, as taught by Luther, Calvin, Turretin, et al., is not necessary for substitutionary atonement. Craig seems to think it is, but I disagree. However, I also think that some degree or form of forensic soteriology (that God “counts us” righteous because of what Jesus Christ did on the cross and our faith in him/it) is biblical.

8. I did not say that my belief in substitutionary atonement is BASED ON emotions and I take umbrage at that suggestion. It is based on scripture, tradition, reason, and experience. I gladly admit that I am simply bewildered whenever I meet someone who claims to be an evangelical Christianity but rejects substitutionary atonement as the latter is so intrinsically tied in with the former—historically and theologically.

9. I do not reject as non-Christian people who reject substitutionary atonement depending on why they reject it. Eastern Orthodox Christians generally reject it. I gladly embrace many of them who I have known as Christians, but partly because of their rejection of substitutionary atonement I do not consider them evangelical Christians. Yes, that means I consider their Christianity defective—for that reason and others. They return the favor, so don’t criticize me without criticizing them.

10. I have read the church fathers and have found undeniable affirmations of substitutionary atonement in them even if, in some cases, their main theories of atonement are something else (e.g., the so-called “ransom theory”). I was surprised that Craig did not appeal to Athanasius show, in De Incarnatione (On the Incarnation of the Word), affirmed substitutionary atonement and even affirmed that by Christ’s death all are saved. Of course, he meant “potentially” saved (in light of the whole of the book and other things he wrote).