Got Miracles? Some Theological Thoughts about Miracles

Got Miracles? Some Theological Thoughts about Miracles 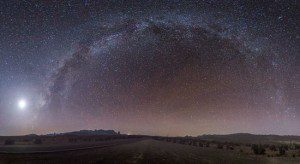 *Note to would-be commenters: Know that this is a space for civil conversations about my opinions; it is not a discussion board and I do not allow hostile, argumentative comments here. If you choose to comment, keep it relatively brief (no more than 100 words) and devoid of links or photos. Do not misrepresent anything I write, stick to the topic of what I wrote, and do not misuse my blog to promote your own perspectives. Disagreement is welcome so long as it is civil, respectful and accompanied by reasons. Please do not post enigmatic comments here; explain yourself.*

Over the years Craig has written quite a lot about miracles including a massive, two volume tome about miracles in the Bible and afterwards and around the world. In this newer, slimmer volume he has explained what miracles are and aren’t, why people should believe in them, and offered many case studies of modern miracles supported by evidence.

Craig is right that no event, however strange, however unusual, however seemingly supernatural, can prove God’s existence or work in the world to someone who is closed minded, a philosophical, metaphysical naturalist for example. Such a person will always brush away an event as not miraculous by saying, for example, that its cause is simply not yet understood by science (but could be in principle).

In brief, Craig and I agree that a miracle is an event whose cause cannot be explained by natural laws—even in principle, someday. Its cause can only be something or someone above or outside of nature. (By “above” or “outside” I do NOT mean spatially but metaphysically.) And we agree that philosopher David Hume created tremendous trouble by defining “miracle” as a violation of natural law. That is NOT what most Christian philosophers or theologians have meant by miracle.

I suspect those who will benefit the most from reading Craig’s scholarly work on miracles are people who believe in God but don’t believe in modern day miracles. I have met many such people in my career teaching in three Christian universities. I have been told by colleagues in all three of them that they do not believe in miracles even though they do believe in God. Most of them were social scientists, not chemists, physicists, or biologists.

Many Christians, especially in North America, believe miracles ONLY happened in “Bible times” and PERHAPS since then ONLY in non-Western countries there “they don’t have modern medicine to rely on.” Over the years, though, I have had numerous students from Africa (for example) who insist that this is not the case. They argue that miracles happen in Africa because they believe in miracles and expect them to happen and they don’t happen in the United States (as much) because here EVEN CHRISTIANS generally don’t believe in modern miracles or expect them to happen.

I think this is one of the greatest ironies I have encountered in my many years teaching in American universities (including one secular one when I was a Ph.D student there). Especially social scientists INSIST that we Western people NOT impose our worldview or culture on non-Western cultures. And yet, many of them ridicule non-Western people’s beliefs about spiritual, even supernatural, beings and events. And I mean here, in America, when international students come, they try to rob them of their worldview and force them to adopt a Western worldview that is largely, if not exclusively, secular.

Back to Craig’s books about miracles. (Again, I’m not naming them simply because I want you to look them up on Amazon and become acquainted with them and even order especially the most recent one about modern miracles which is something of an abridged edition of his massive two-volume work.)

Craig is famous for collecting, through “close” research, numerous case studies of miracles. He has gone to the trouble of interviewing medical professionals, for example, who confirm that they absolutely cannot explain some healings. And, not only can THEY not explain them, they affirm that they are UNEXPLAINABLE by anything known to science.

Now, Craig and I both know what some skeptics are going to say—that we just don’t yet understand fully the power of the mind over the body, etc., etc. Craig goes out of his way to include cases where the healed person did not expect to be healed.

I must confess that I have never doubted the reality of miracles (as defined above). I believe I have experienced a few. And I have heard convincing testimonies about some. However, I have never expected miracles as a routine matter. I believe in a God who can and sometimes does act supernaturally but is not a “vending machine God” who can be manipulated or predicted. There is no magical formula for making a miracle happen. Biblical scholars who believe in miracles have always taught that in the gospels, for example, Jesus’s miracles were signs of the kingdom, not products of magic.

So-called “cessationists,” mostly conservative Christians who do not believe in the supernatural gifts of the Holy Spirit such as speaking in tongues, after the first century, do not usually rule out all miracles. They just don’t believe anyone has the “gift of miracles” such as is mentioned in 1 Corinthians 12. But they still pray for healings to happen (however weakly).

C. S. Lewis wrote a wonderful book entitled “Miracles,” but the difference in Craig’s books is specific case studies of miracles. If you are someone who believes in God but is skeptical of all miracle accounts, read Craig Keener’s excellent book about modern miracles. First, at least go look it up on Amazon and read about it, then, second, buy it (it’s relatively inexpensive for Kindle) and read it. It’s very engaging reading. Even if you’re not convinced, you will learn a lot.