Kevin B. Santiago resides in Colorado with his wife and two boys enjoying a country lifestyle. Holding a master’s degree in Apologetics and Ethics from Denver Seminary, he serves as Lead Pastor at his local church. For more information visit www.ChristianGuard.com 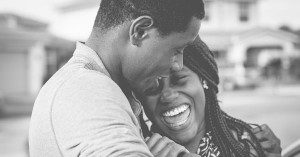 *Note from Roger Olson: This is a guest post and the writer is not responsible to respond to comments; he may or may not. If you choose to comment, make sure your comment is civil and respectful, on topic, relatively brief, and does not include any links or photos. Know that this is not a discussion board; it is a moderated blog, much like an opinion page in a newspaper. Not all letters to the editor get published; not all comments here get posted.*

Sex scandal after sex scandal. Social media and movements like “#metoo” are shedding light on sexual misconduct that runs rampant within the fabric of our culture. As people discuss how to prevent misconduct, the exposure has led the media to reopen a long-time rule known by many evangelical pastors and leaders called the Billy Graham Rule.

The Billy Graham Rule was made famous by none other than the late Rev. Billy Graham himself, the greatest evangelist of the 20th century. While there are differing degrees of implementation, the rule avoids any one-on-one encounters with the opposite sex; hence, Graham would not share a meal or even ride on elevators alone with a woman other than his wife.

Attention to the rule was reinvigorated by the modern-day practitioner and former Vice President Mike Pence, who came under fire for his endorsement of the practice. Like Graham, Pence chooses not to dine with a woman other than his wife, and he does not attend social events where alcohol is present without his spouse by his side. While most understand Pence’s intent to keep himself from impropriety, some consider his views misogynistic, saying it objectifies women.

Critics of Pence and the Billy Graham Rule believe that eliminating contact with women creates roadblocks for women’s advancement. And this does not just harm women in their professional careers but in general areas of need like counseling sessions with male therapists or ministers and the likes. After all, so much of business and professional life takes place over dinner tables where people can enjoy food and chat or in the privacy of an office where someone can share personal matters. It is believed that Billy Graham’s boundaries, though well-intended, are rooted in the wrong premise: Women are tempting sex objects that ought to be avoided.

As a pastor who wants to minister to both men and women effectively, I find myself sympathizing with the critics of the Billy Graham Rule. My goal is never to prevent a woman from receiving the counsel she deserves or the career advancement she desires. However, as a married man and, more importantly, a person aware of my fallen nature, I fully understand and endorse anyone who creates boundaries to protect their sacred marital vows. So does the Graham Rule objectify women or is it an ethical approach to life? I think the case can be made for both sides.

Against the Billy Graham Rule

If a person is implementing the Graham Rule because they only see women as weak, immoral sexual deviants, then it is evident that their premise is wrong. Any person cutting out contact with women—or any person—because of the risk of sexual deviance is prioritizing an unhealthy, untrue fear. The truth is that people can go astray in all sorts of ways, which is why we should be careful not to throw the baby out with the bathwater. Whether male or female, we ought to recognize our weaknesses and not vilify people or objects for our lack of self-control.

Consider the internet. It is often used to educate, put forth ideas, communicate, or even entertain, but it is also used to engage in criminal or deviant behaviors. Is the risk of deviance enough to eliminate the use of the internet? Most would say no. People understand the need to demonstrate self-control, which is also a fruit of the Spirit (Galatians 5:22-23). Here is where I give those against the Graham Rule credence. It is essential for anyone, whether an educator, clergy, politician, or friend, to have the self-control to conduct herself appropriately. Policies that prevent any gender from being invited to the table restrict progress. However, as much as I believe this to be true, things aren’t always so cut and dry.

Katelyn Beaty in an article published by the New York Times writes, “But reasonable people know the difference between a business meeting over breakfast and drinks at a hotel bar at night.” Is this truly the case? Are the lines so clear? I don’t think so. While there are more appropriate atmospheres to conduct business, the waters may be muddied. And here lies the problem: Moral failure happens to the best of people with the best intentions in all sorts of situations, even innocent ones. Sin, as Christians call it, is a problem that every individual faces. Sins usually occur through a slow progression of moral compromise where boundaries are pushed to their limit or redefined altogether.

All people have a propensity towards deviance. So while Beaty may think the boundaries are clear, it is not always this simple. For this reason, we must be humble enough to recognize the slippery slope of life. This takes a thoughtful mind and an admission to vulnerabilities for both sides to maintain a healthy environment.

As a pastor, I am often wary of the trust some bestow on me. This is not because I am untrustworthy; instead, I know that better men have fallen. There is a healthy fear that I have embraced, and so I have applied this fear to the way I conduct myself by creating boundaries and not just around the opposite sex. A typical way I practice implementing a boundary is on the rare occasion when someone attempts to hand me money for the church’s general fund. My rule is not to accept funds privately. Instead, I will direct the individual to the appropriate place or person. I think others should develop their boundaries and best practices to maintain their integrity.

What about Jesus? After all, he met privately with the woman at the well (See John 4). Some consider this meeting a proof text against the Billy Graham Rule, and in some ways it is. Jesus is engaging one-on-one with a woman. But before we take out our rubber stamp of approval with one-on-one, opposite-gender meetings, we must realize that Jesus is interacting with a stranger in a public place the same way that someone would casually strike up a conversation with someone sitting on a park bench. He isn’t going out for cocktail hour nor inviting her to dine alone. Jesus was ministering to her needs at the watering hole where he would soon be met by his disciples to continue their day.

The Samaritan woman is an excellent example of how men should not limit their interaction with a woman just because they are of the opposite gender. Women, after all, were a part of Jesus’ ministry and even funded his efforts (Luke 8:2-3). Rules that limit their involvement fail to honor their place in history and God’s desire to use both men and women to advance his efforts.

The Case for Boundaries

There are far too many stories of office romances that have led to adulterous relationships and split families. While the people who commit unfaithful acts should be held accountable, we ought to think of better ways to protect people from temptation. No one argues that sending an alcoholic to a bar is alright. Similarly, perhaps conducting meetings in intimate, casual settings is also wrong if it creates an environment for impropriety. Here is where boundaries can be beneficial. Boundaries should always protect people, not divide.

Men and women should create boundaries in how they interact with each other and not out of an unhealthy, irrational fear, but out of care for mutual purity. The issue is: What is feasible? How do we promote boundaries without restricting gender equality? Unfortunately, I do not think there is a one-size-fits-all solution. Billy Graham implemented his own rule that made sense for him at a different time than our own. For us, it will take time to discover our own blind spots and weaknesses all the while considering how our restrictions will impact others. This is no easy task, and it ought to extend to other areas of life (not just opposite-sex relationships) like boundaries that promote personal wellbeing.

Organizations ought to play a part in the policies they set forth for their employees. Implementing training for appropriate office conduct and rules for outside office meetings can be one small way of promoting ethical behavior. Not every rule will work for every organization, and those seeking to break the rules will do just that, but there needs to be dialogue to promote healthy boundaries. Perhaps if Hollywood executives and other leaders lived by higher standards with boundaries that promote fidelity, then the number of tragic stories of sexual misconduct could have been less. And for this reason, dismissing the Billy Graham Rule is a misstep.

There is a genuine need to create barriers to protect ourselves from our fallen nature. Not every person will make the best decisions, so we ought to think of ways to develop safeguards. But whatever safeguard is implemented, it must attempt to provide equality in the workplace. At the very least, think of ways to implement your boundaries.

June 8, 2022
Why I Wrote “Against Liberal Theology”
Next Post