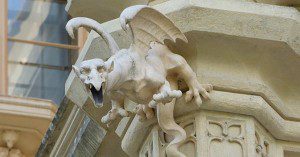 *Note: If you decide to post a comment here, make sure it is relatively brief (no more than 100 words), on topic, civil and respectful in language (not hostile or argumentative), and devoid of any links or photos.*

Why am I thinking “aloud” (musing) here about the Netflix limited series “Midnight Mass?” I realize many readers will not have watched it. It’s long and sometimes tedious. The makers of this horror show and others (e.g., “The Haunting of Hill House and the Haunting of Bly Manor”) are often criticized for including lengthy monologues or soliloquies. There will be spoilers here, so beware if you intend to watch “Midnight Mass.”

I’m thinking “out loud,” musing, here about “Midnight Mass” only because it contains much Christian music, symbolism, language and imagery. When I see a movie, television show, or read a novel that includes strong religious themes and images, etc., I always ask myself how authentic that is and why the maker(s) or author(s) treat religion as they do.

”Midnight Mass” is saturated with religion, specifically Catholic Christianity. From what I have read the Flanagan brothers who made the series grew up Catholic and claim to know Catholicism very well. Many of my favorite hymns are sung beautifully in the horror series which seems to me to be an attempt to honor the brothers’ hero Stephen King.

Whether you watch “Midnight Mass” or not, I think something I write here might be meaningful to you—whether you agree or disagree.

One of the strengths of the series is its authentic portrayal of Christianity. The series is saturated with “the language of Zion,” meaning the gospel expressed in Christian terms. Mostly that happens in sermons by the priest from the pulpit of the little Catholic church. Many of them are really good sermons. The problem is, as he gives them, we already know that he has been taken over, possessed, as it were, by an evil force that is determined to use the Christian faith of the island to seduce its inhabitants into evil.

A huge turning point in the series is when the priest apparently performs a miracle in the church, during a mass. (Who exactly performs the miracle is left unclear, whether it is the priest or the evil power that has possessed him.) From then on, the Catholic and other inhabitants of the island are completely devoted to the priest, even when he begins to display morally and theologically ambiguous features.

”Midnight Mass” falls down, in terms of authenticity, at one crucial point. At no point in the story does anyone, even those very few who recognize the evil, appeal to God. God is never mentioned except in sermons and by a woman who is also possessed by the evil power (that appears as a very large and powerful evil angel, perhaps the devil?). But the woman seems to mean the devil when she refers to God.

Remember, what I am looking for is authenticity. I think the Flanagan brothers (who made the series) intended to portray Catholic Christianity authentically. They succeed up to a point, but only up to a point, with hymns and the performance of the mass and the language about the mass, etc. Even in the AA meeting led by the priest he leads in the reciting of Reinhold Niebuhr’s “Serenity Prayer.”

I wonder how authentic it is, however, to show a Satanic being taking over people, possessing them, turning them into his instruments, without their consent? (That happens to the priest in a cave in Palestine.) And I wonder how authentic it is to portray a whole Catholic congregation, including many very devout Catholic Christians, being confronted by sheer evil and not praying to God or confronting the evil with Christian symbols or prayers?

But my main disappointment is one that probably will not resonate with most viewers of the series, namely, that God never shows up in any way. It is as if the Satanic angel IS the only supernatural power. This makes the series a true horror story but it makes it less than authentic—from any really religious point of view (other than possibly Satanic)

There are a very few people on the island who seem to recognize the evil and try to resist it, but they are not obviously Christian. One is a woman who, as she dies, offers up a soliloquy that is sheer New Age spirituality. She even ends by saying “I Am that I Am”—referring to herself. Her soliloquy is so confused it’s very difficult even to understand what she is saying, but the setting seems to point to her words expressing the beliefs of the Flanagan brothers.

Another person who “sees” the evil for what it is before any Catholic Christians do is the island town’s sheriff who is Muslim. There are two other people, women, who seem to recognize the evil, in spite of the miracle, as evil and attempt to resist it. One Catholic woman sacrifices herself to save three or four others, but only after the evil becomes so obvious nobody can really recognize it as anything but evil.

But there is no God on this island or in this church or among these devout Catholic Christians that can be called on to come to their rescue or to oppose the Satanic angel and his minions. The people, mostly Catholic Christians, are on their own. Most succumb to the evil power and become vampires. Only a few choose to resist and they are not really motivated by any religious belief or commitment.

Strangely, the possessed-by-evil priest finally rejects the evil but too late.

The ending leaves ambiguous what happened finally to the Satanic angel whose intention all along was to create a cult of vampires, send them to the mainland, and eventually turn all of humanity into Satantic-like vampires. In true Stephen King fashion, we are left not knowing.

The end scene is two adolescents who escaped the “infection,” avoided becoming vampires, but are stranded in a boat in the ocean separating the island from the mainland by about 30 miles knowing they probably cannot make it to the mainland and safety—if safety there is anywhere.

Here is what I think, knowing I could be wrong, about the meaning of the limited series “Midnight Mass.” I think it is a thinly veiled commentary on how the horror of sex abuse of children by Catholic priests was tolerated and covered up for so long within the Catholic Church. Or at least on how religion can be distorted and succumb to abuse and even evil if people are not sufficiently vigilant about that possibility.

Still, and nevertheless, I find it less than fully authentic that, when the evil power, in the form of a clearly Satanic “angel” appears in the church, not one Christian calls on God to defeat him (“spiritual warfare”). If nothing else, at least on the basis of other horror movies about vampires (!), someone in the congregation would have picked up a cross and confronted the evil being in the name of Jesus Christ. They were trapped anyway, so what to do? One woman picks up the fallen sheriff’s pistol and shoots the priest and is carried off by the evil angel (who look far too much like a stereotype of Satan to be convincing).

I wonder why so many movies and streaming service “television” shows include supernatural events, miracles, if you will, performed by evil beings (some seen, some never seen) but never by a good being, an angel of God or Jesus appearing or God himself. Biblical scholar and theologian Craig Keener has published two massive books about miracles, past and present, with strong supporting evidence that something supernatural and good happened. Why are such miracles, performed by a positive, good power, God, an angel of the Lord, or the Holy Spirit, or Jesus or even an evangelist almost totally absent from popular culture?

I will lay my cards on the table, so to speak. I do not believe, as many do, that most movies and television shows (including ones on streaming services) are innocent of any socio-political agenda. (I use that phrase here in a very broad sense.) In other words, I watch these shows looking for and, I believe finding, manipulative messages somewhat hidden, probably not consciously recognized by most viewers. I read an interview with a producer of numerous prime time network television series, a very well-known and powerful man in the American entertainment industry, in which he said that he hoped he could be the first person to insert into a mainstream, network television show a particular sex act that up until now (and hopefully into the indefinite future) has never been even hinted at in that medium. When I read that I immediately prayed (spiritual warfare) that God would stop him from doing that. Who can deny that American popular visual media, aimed primarily at adults but available to children, is overly saturated with sex to the point of obsession? Are the producers and writers really just “reflecting reality” or are they promoting something that is unrealistic and degrading? Unrealistic because the promiscuous sex portrayed rarely, if ever, has any really negative consequences. Degrading because it turns sex into something animalistic rather than really human.