There Is No Such Thing as “Just Fiction”

There Is No Such Thing as “Just Fiction” 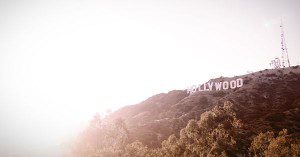 *Note: If you choose to post a comment, make sure it is relatively brief (no more than 100 words), civil and respectful in language (not hostile or argumentative), and on topic. Do not include any links or pictures.*

Some have told me “It’s just fiction.” I think their point is that there is no point to be discerned or perceived in the story (movie, television show, novel, etc.). I disagree.

I believe every story told has a political (in the broadest sense of the word, encompassing all human behaviors and relationships) message. No one ever writes a story just for the fun of it. And even if they think that is what they are doing, their own perspective on reality and/or morality “infects” the story.

I have read hundreds, perhaps thousands, of novels and short stories and have watched hundreds, perhaps thousands, of movies and television shows. I have made it my habit to listen, read, watch, whatever to discern the author’s or authors’ political message. Often I conclude he or she or they are not consciously aware of it but it is there nevertheless.

One famous example is Charles Dickens who did not claim to be writing socio-political tracts or essays but did—in his novels. His novels revolutionized Great Britain, socially and politically. What about Downton Abbey? To me, the socio-political message is clear and “on the surface” where others don’t see it. It’s about socio-political-economic class structure.

Yes, Downton Abbey and most other movies, television series, novels, etc., seem to be made or written purely for their entertainment value. But, wait! They are made or written for income for the author(s) and producer(s) or publisher(s). “When they say it’s not about money; it’s always about money.”

So for socio-political propaganda. It’s always there even where the author or producer or publisher or whoever isn’t consciously aware of it.

I confess the same about all of my publications. I always have an agenda even when I’m not aware of it as I write.

The only exception I can think of is perhaps poetry. Some poems like “Jabberwocky” do not, perhaps, have any socio-political agenda. On the other hands, perhaps they do. It’s always worth thinking about. Why was it written? But, then, I’m here talking about stories.

Take “The Wizard of Oz” as an example. I have read essays and heard lectures that explained it as a political allegory and the argument made sense to me—especially when the socio-political-economic context in which it was written is known.

So please don’t ever tell me “It’s just fiction!” I won’t believe you.

So, this is an addendum to “Midnight Mass” and my thoughts about it published here, on my blog. I think the socio-political (in the broadest senses) agenda is quite clear. It is anti-Catholic through and through. And perhaps also anti-religious. At the very least it is a strong warning against following a religious personality just because he has charisma, charm and can seemingly work miracles. It is probably also about the sex scandals that rocked the Catholic Church after being covered up for decades.