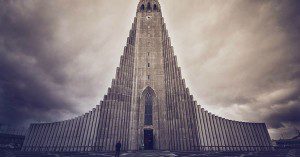 *Note: If you choose to comment, please keep it relatively brief (no more than 100 words), civil and respectful, not argumentative or hostile, and do not misuse this blog to promote your own alternative belief system. Do not include any photos or links. Know this is not a discussion board; it is like an opinion page in a newspaper. Not all “letters to the editor” get published and some that are published are edited.*

Where is Protestantism? I don’t mean geographically, physically on natural landscape. I’m not asking about buildings, although the gradual “conversions” of so many Protestant “chapels” and church buildings may be related to my question. (My wife and I watch a British TV show called “Escape to the Country” in which almost every episode seems to include a couple shown a chapel converted into a house.)

Where is Protestantism? I am asking about two things—Protestantism’s almost total disappearance from popular culture (novels that include religion, television shows, news reports and commentaries, movies, etc.) AND Protestantism’s decline in influence on American culture.

I watch more television than I should and I read and listen to many novels, especially ones that somehow include religion. And I read religious commentators and try to keep my finger on the pulse of American religion’s ups and downs.

It seems to me that, in the past two to three decades, so at least in this century, American culture, popular and more serious (e.g., news reports and commentaries), Protestantism has declined very much. Many, many television programs include Catholics. Most recently I have been watching the Netflix series “Midnight Mass” with an eye and ear to whether or not Catholicism is correctly represented. Of course, one has to abstract from that the Satanic and demonic element. But when the priest delivers homilies and counsels people and performs mass, everything seems correct. The producers of the program talk about growing up Catholic and knowing Catholicism well. I agree. So often on television and in movies congregations are shown singing songs Christians of that particular persuasion would not likely sing!

I know it could be argued that there are two Protestant-focused British television shows that are extremely popular: Call the Midwife and Grantchester. But I have to say that in both cases, the Protestantism is very muted. The sisters in Call the Midwife clearly want to be and probably are Anglo-Catholics. Then there’s the mostly Jamaican church that meets in one sister’s apartment and her husband is the pastor (apparently without ever having studied theology or pastoral ministry in any college or seminary). I wish the producers had asked an expert on Pentecostalism or Baptist tradition what songs Jamaican Pentecostals or Baptists would likely sing!

I am a nerd about American Christianity. To illustrate: Years ago my family and I watched a television series called “Seventh Heaven.” The father of the family featured in the show was a pastor. I watched for any sign that would indicate his/their denomination. Finally, it appeared. The “logo” on the pulpit—that of the Disciples of Christ denomination. One of my students did his mentorship at a Baptist church near the church building featured in that television drama and he told me it is Disciples.

That was a long, long time ago now. Near the beginning of the comedy series “The Middle” the family attends a Methodist church and the youth pastor plays a role. After the second season, any hint of religion disappeared and the mother became a heavy drinker. (Yes, I know the actress claims to be a Christian; I won’t comment on that.)

True, Christianity in general is hard to find in American popular culture these days. But when it appears, as in the one season comedic series “The Kids Are Alright,” it’s usually Catholic. Or, as in “The Goldbergs,” Jewish. Where are Protestants?

O, yes, someone will mention the movie “First Reformed.” Please don’t. What a travesty. Yes, at least the main character is allegedly Protestant (and the producer is a former member of the Christian Reformed Church), but the whole point of the movie seems to be how much of a failure Protestantism is in guiding his life.

I recently strongly recommended here books by Catholic novelist Michael O’Brien, especially The Father’s Tale. Every character in the book(s) is/are either Catholic or Eastern Orthodox (if they have any religious life at all).

In the television series Father Brown one could get the impression that all English people in the late 1940s/early 1950s were Catholic! Once in a while an Anglican priest shows up, but rarely and only for a few minutes.

But, more to my point, it seems to me that Protestantism has been losing influence in American cultural and political life for quite some time. A great deal is made about President Biden’s Catholic identity whereas hardly anything was said about President Obama’s Protestant identity except when his pastor said something controversial. I know that President Trump was/is officially Presbyterian, but obviously (to me) Christianity plays a very minor role, if any, in his life.

All over America Protestant churches are dwindling, struggling, largely ignored. There are few, if any, socio-political commentators whose Protestantism is important. Many are Catholic or Jewish and they often work their faith into their commentaries about American socio-political life.

This all raises the question of whether independent (or seemingly independent) mega-churches are really Protestant. Yes, some like Saddleback Church pastored by Rick Warren may be officially-theologically Protestant but Protestant identity usually makes no real difference in how they present themselves or how they are known.

Whose fault is this situation? Well, obviously Protestants! Liberal Protestantism is hardly worth paying attention to (except to warn against it as I have in my recently published book Against Liberal Theology). The so-called “mainline Protestant” churches have been dying for a very long time. Fundamentalist and conservative evangelical Protestantism have largely shed their Protestantism. Both now want to be known by other labels and titles that give no indication that they are Protestant. Anyone who knows anything about religion knows that Baptists are Protestants, but what does “Converge” communicate?

During recent years I have read many novels that include Protestant ministers saying and doing things they would not do unless they were secretly Catholic! The writers and movie producers and directors clearly do not do their homework when featuring Protestants (and sometimes Catholics as well) in their movies and novels.

One outstanding exception is the now old movie Hardcore starring George C. Scott as a Christian Reformed father journeying to Las Vegas to find his daughter who he has reason to believe has fallen into prostitution. In an airport the character played by Scott very carefully and correctly explains Calvinism to a young woman.

My point is that Protestant identity is evaporating before our eyes. Does it matter? It does to me. While there is great diversity among Protestants, being Protestant means holding to the gospel of salvation by grace alone through faith alone and to the Bible as authoritative over extra-biblical traditions.

My advice to Protestant pastors, especially, is to teach your congregation what “Protestant” means and how and why your church is Protestant. (Even right now my spell checker is suggesting that by “Protestant” I must mean “Protetant” whatever that means!)

July 16, 2022
What the COVID Pandemic Means for Churches
Next Post