Gnostic Hart? Final Reflections on “You Are Gods: On Nature and Supernature”

Gnostic Hart? Final Reflections on “You Are Gods: On Nature and Supernature” 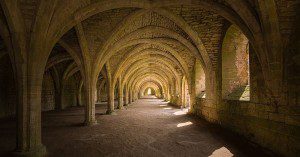 *Note: If you choose to post a comment here, make sure it is relatively brief (no longer than 100 words), on topic, addressed to me, civil and respectful (not hostile or argumentative), and devoid of links or photos.*

I am not labeling David Bentley Hart a gnostic. I am asking whether what he has written in “You Are Gods,” especially the final chapter entitled “The Chiasmus: The Created Supernatural and the Natural Divine,” leans too far toward Gnosticism for my comfort.

I will begin by saying this is the most significant chapter in the book and I fear that many readers will not have gotten this far. Hart’s writing is challenging, even for scholars. If you have not read this chapter and disagree with what I say about it, please do not express that disagreement here. Read the chapter first and then disagree (or agree).

It’s a long chapter with many points. It’s the culminating chapter of this book which finally brings much of what Hart said in earlier chapters to a pinnacle and sheds light backwards on things that were before enigmatic. And, I will say, to a certain extent, the whole book, with one or two excepted chapters, is enigmatic. It is a book of metaphysical speculation by which I don’t mean to damn it. I just think it has to be read as that. I’m sure Hart would disagree.

At the very end of the chapter, and therefore the book, Hart reveals that one of his intellectual heroes (which is not to say he agrees with him about everything) is the late Russian Orthodox theologian Sergei Bulgakov (120). That caught my attention for a tangential reason. Years ago, when I first began my study of modern theology, I read a book about modern theologians by Scottish theologian H. R. Mackintosh. I do not remember the title right now; I lost the book years ago. (Over the years I have loaned many of my books to students and others and never received many of them back.)

I remember reading that chapter on Bulgakov and being intrigued and wondering why he would be included in a book on “modern theology.” He didn’t seem modern to me. But I was impressed by his thoughts about God and us and creation and eventual deification, etc. He is usually considered a Russian Orthodox mystic and speculative theologian. He was part of a group of Russian Orthodox exiles living in (as I recall) Paris.

Back to Hart and this chapter. I respect Hart as a high intellectual thinker who dares to push boundaries and at least attempts to be creative. I admit to finding much of what he has written here, in this book and especially in this chapter, perplexing (to say the least). I am worried that he contradicts himself. But I admit that my own theological tendencies drive me more away from thinking of God as infinite, something that Hart seems to assume as necessary, and more toward thinking of God as a being rather than Being Itself. I have said that here before.

Some years ago I discovered the so-called “Boston School of Personalism” and especially the writings of Bordon Parker Bowne, a philosopher of religion and theologian. He is about the farthest thing from Hart in terms of thinking about God that I can imagine. They are at two ends of a spectrum. I worry that Hart’s theology or philosophy of religion tends to de-personalize God and tends to make God and creation inseparable in a way that elevates creation into God.

Well, back to the point, to my question about Hart and Gnosticism. On pages 117 to 118 Hart writes that “The vocation of rational freedom is…to gather up the sparks of the ‘Shekinah’ that were lost in the breaking of the vessels, or to aid in the rescue of the lost Sophia; spirit (‘neshamah’) is always called to a homeland that belonged to it before it ever ‘entered’ this world (this being the indubitable truth preserved in ‘gnosticism’.”

On page 122 Hart says that “No spiritual creature could possibly exist except as ‘saved,’ as a god in God.” Then, on page 123 he SEEMS to identify the human spirit with God’s Spirit. “Bulgakov is surely right…when he speaks of the human spirit as that which is uncreated in humanity, and that which proceeds from God as an outpouring from his essence; and Bulgakov is right also in saying that, in creation, God calls his own breath to hypostatic existence—calls his own Spirit to indwell his creatures as their spirits—and thereby gives hypostatic life to the rays of his own glory.”

I have read similar claims in Rosicrucian literature! (No, I am not accusing Hart of being Rosicrucian; I am only suggesting that a Rosicrucian might take comfort in what Hart writes about the identity of the human spirit with God’s spirit.)

My criticism is that some of Hart’s speculative claims (which, of course, he does not think are speculative!) are at best unguarded. They can easily be construed or misconstrued as affirmations of one of the fundamentals of Gnosticism.

Having said that, I want to make clear that I have enjoyed reading this book, as I have enjoyed everything I have read by Hart and also all of his interviews and lectures on Youtube. I admire Hart for daring to resurrect metaphysics in a Western culture that has mostly abandoned metaphysics as “the sick man of philosophy.”