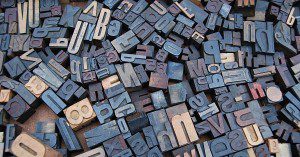 *Note: If you choose to post a comment here, please keep it relatively brief (no more than 100 words), on topic, addressed to me, civil and respectful (not hostile or argumentative), and devoid of links or photos.*

I am not tied down to any dictionaries when it comes to religious words. I have a two M.As and a Ph.D in Religious Studies. So please don’t refer to a dictionary to correct me. I know how religious and theological scholars generally use these words (viz., “heretic,” “heresy,” “heterodox,” “orthodox,” “orthodoxy,” etc.).

These words (in parentheses just above) are indexical. Their meaning depends on a context. Taken out of any context, however, and very generally speaking, “orthodoxy” means “right believing.” But that is not very useful. We have to add, for it to be descriptive, “right believing within a particular religious context.”

However, in non-technical, informal language, a heretic is someone who believes and teaches, tries to convince others to believe, something that is contrary to the classical tradition of the religious faith that she claims.

Some religious communities are so permissive that it is virtually impossible to be a heretic within them. That’s called “theological pluralism.” For example, what would a “Unitarian heretic” be? Someone who believes in and teaches fundamentalism? Perhaps only such a person.

Some religious communities are so strict that it is almost impossible not to be a heretic within them—sooner or later—if one thinks one’s own thoughts and does not merely repeat the “party line.” Thus, for example, someone who believes in and teaches amillennialism rather than premillennialism or who denies the “premillennial rapture” might be a heretic there.

So, these terms, “orthodoxy,” “heresy,” “heretic,” “heretical,” are indexical terms dependent on some context—when they are being applied to a particular person or group.

As a Christian theologian who has studied Christian history and theology for fifty years, I have a vision of what I believe “classical Christianity” requires as to its essentials beliefs. I have stated those here several times. That is what I mean by “orthodoxy” most broadly. However, my own church tradition has its own particular “classical” beliefs that are more detailed. Its “orthodoxy” includes things like believer baptism and the priesthood of every believer. I would not consider someone a heretic for denying the particular beliefs of my church tradition and community if they do not belong to it. However, I reserve the right to call someone a heretic who claims to be a Christian but teaches against the essential beliefs of classical Christian orthodoxy, which are relatively few.

I would be very cautious about using that label “heretic,” however, because it is difficult to know whether and to what extent a person knows that what she is teaching is contrary to orthodoxy.

I was once a heretic. Maybe more than once. For a couple of years I taught that a person could be filled with the Holy Spirit but never speak in tongues. That made me a heretic among Pentecostals. Eventually I surrendered my “membership card” and joined a different Christian tradition and community. Why did I not do that sooner? Because I knew leaders of my Pentecostal tradition community who secretly did not believe one has to speak in tongues to be Spirit-filled—in spite of that being a formal doctrine of that tradition and community. I hoped against hope that they would broaden their vision of Pentecostal orthodoxy to include me. They should have. They didn’t, then. Later they did, but it was too late for me.

September 11, 2022
The Heterodox Hart? Reflections on “You Are Gods” Chapter Five “Geist’s Kaleidoscope”
Next Post