The Heterodox Hart? Reflections on “You Are Gods” Chapter Five “Geist’s Kaleidoscope”

The Heterodox David Bentley Hart? Reflections on “You Are Gods,” Chapter Five “Geist’s Kaleidoscope: Some Questions for Cyril O’Regan” 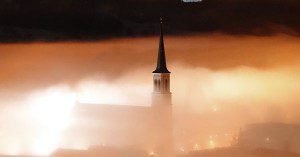 *Note: If you post a comment here make sure it is relatively brief (no more than 100 words), on topic, respectful and civil (not hostile or argumentative) and devoid of links or photos.*

Some of you are reading David Bentley Hart’s new book “You Are Gods: On Nature and Supernature” along with me. Some of you have already finished the book. Many of you who are reading it have gone ahead of me. I am taking my time to savor it, reflect on it, think judiciously what to say about it. I apologize for dragging this out, but for me it is worth it.

Hart’s books and essays are bracing, challenging, sometimes perplexing, often verbose and obscure. I like a good challenge. I rarely read books of theology that do not challenge my mind. Hart is a “cutting edge” theologian with a growing following. There are many reasons to “take him on” even though he can be extremely difficult to understand.

In Chapter Five “Geist’s Kaleidoscope: Some Questions for Cyril O’Regan” Hart interacts with and questions Irish Catholic theologian Cyril O’Regan of the University of Notre Dame. O’Regan has written many books, among them “The Heterodox Hegel.” I need to read that as I am frequently drawn back to Hegel. Years ago I read through Hegel’s “Lectures on the Philosophy of Religion” and some of his other writings and several scholarly books about his philosophy, especially his metaphysics and thoughts about God.

In this chapter Hart does several things. I will only mention and briefly interact with a few of them.

First, Hart SEEMS to defend Gnosticism: “It has always been an integral aspect of aboriginal Christianity; a certain spiritual suspicion or agitation or disquiet, typically latent but also frequently resurgent, intrinsic to the very substance of the gospel in its first, apocalyptic proclamation.” (65) He challenges modern interpretations of Gnosticism and expresses an opinion that original Gnosticism was not really as it has come to be misunderstood.

Second, Hart SEEMS to express real appreciation for “the mystical tradition” in Christianity, a stream of thought that I would call “esoteric Christianity” that has often been compared, by others, with Gnosticism. An example is the German Lutheran mystic (or whatever he was) named Jakob Boehme.

Third, perhaps most disturbing of all is Hart’s SEEMING defense of Arius: “Arius was in many respects a profoundly conservative theologian; certainly, in the context of Alexandrian theology, he was a more faithful representative of many of the most venerable schools of Trinitarian thought than were the champions of the Nicene settlement.” (91)

Fourth, Hart interacts much with philosopher Hegel, but SEEMINGLY mostly interested in blasting “post-Hegelian theology.” Unfortunately, Hart never mentions names of these post-Hegelian theologians. Who does he mean? Could he mean, among others, Karl Barth? On page 83 he points in that direction: “The infinite God of absolute volition is inverted into infinite indeterminate volition becoming God. God willfully positing a history of predilective predestination as an act of omnipotent sovereignty is inverted into God sovereignty determining and ‘electing’ himself in and through history.”

It is unbecoming of Hart to blast these allegedly horrible “post-Hegelian [modern] theologians” without naming any. Could he mean Pannenberg? Pannenberg is the best known modern post-Hegelian Protestant theologian. Or perhaps Moltmann? There are hints in the chapter that he means both. But it’s difficult to tell. He does tell us that he is talking about “Many Lutheran systematic theologians of the twentieth century.” He should name them.

Fifth, and especially disturbing to me, is Hart’s SEEMING dismissal of any correct understanding of Christian orthodoxy. He SEEMS to describe Christian orthodoxy as a moving target throughout history. Here is one of his concluding (partial) paragraphs: “the ‘original’ [orthodoxy] itself is not a discrete, inert object; it is, rather, by its very nature, a dynamic process of change, one not only tolerating, but actually subsisting in a series of accretions, suppressions, revisions, and renewals.” (94) I could quote many other passages near the end of the chapter in which Hart SEEMS to dismiss the whole idea of retrieving original orthodoxy.

Sixth, back to metaphysics and ontology, on page 89 Hart SEEMS to express what he means by “divinization” (“theosis”): “In the case of Christian thought, this means a proleptic awareness of the divinization of creatures who are by nature meant to become gods in God.”

I am not yet prepared to label Hart “heterodox” (which is just a nice way of saying “heretical”), but this chapter raises that question. I am sure that many of Hart’s fans will find his SEEMING denial of our access to any “aboriginal Christian orthodoxy” that excludes Gnosticism and even Arianism troubling.

September 9, 2022
Is There a Checklist for Determining “Christian Orthodoxy?”
Next Post

September 14, 2022 Who Is a “Heretic?”
Recent Comments
0 | Leave a Comment
Browse Our Archives
Related posts from Roger E. Olson