Is There a Checklist for Determining “Christian Orthodoxy?”

Is There a Checklist for Determining “Christian Orthodoxy?” 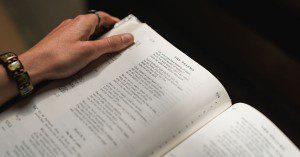 *Note: If you choose to post a comment here, make sure it is relatively brief (no more than 100 words), on topic, addressed to me, civil and respectful (not hostile or argumentative), and devoid of links or photos.*

Recently here I suggested that I prefer the label “orthodox” to “conservative”—to describe my own basic Christian cognitive orientation. Of course, as I have said here many times, I am not giving up on the label “evangelical.” But when it comes to doctrines believed necessary for authentic Christianity, “orthodox” is better than “evangelical.” For me, within my American evangelical context, “orthodox” is better than “conservative” as the latter connotes a fairly rigid adherence to “the received evangelical tradition” which usually refers to something like the system of theology developed by Charles Hodge in the 19th century. I am more “open” to new developments in the constructive task of theology than “conservative” now implies.

However, I certainly adhere to classical Christian orthodoxy as I find that developed (or discovered) by the ancient church fathers, especially of the East, and held tightly to by the Protestant Reformers of the 16th century.

As a Christian theologian and one especially interested in American denominations (networks, conventions of churches, whatever), I have had to decide for myself and occasionally suggest to others what key “marks” or “characteristics”—especially of belief and teaching—makes one (or even an individual church) authentically Christian or not.

That suggestion is always, of course, my own opinion; I have no ecclesiastical authority. My only “authority” is that of persuasion based on a life-long interest in and study of Christian history especially as it relates to Christian unity and diversity.

So, if I had to give someone a checklist for determining whether a particular denomination or church that calls itself “Christian” really deserves to be considered that, I would come up with something like this:

Belief that the Bible is the uniquely inspired, written Word of God, different in kind, not only in degree, from other “inspired” and “inspiring” books.

Belief that Jesus Christ was and is uniquely God incarnate, different in kind, not only in degree, from other religious prophets and “Spirit-filled people.”

That Jesus Christ was both truly God and truly human yet one person, the only Savior of humankind. And that he preexisted as God the Son in the eternal Trinity.

That if someone is saved, reconciled with God, it is because, made possible, because of Jesus’s death and resurrection.

That God is personal, three “persons” (but I will not insist on the word “persons”) eternally existing as Father, Son, and Holy Spirit. And that God is the creator of all things, yet self-existing from and into all eternity.

That humanity fell away from communion with God and stands in need of salvation, reconciliation with God, and that such salvation is possible only by the grace of God.

That Jesus Christ will come again to judge the living and the dead and inaugurate a new heaven and earth in which God will dwell with his people forever.

That God has and still does do miracles and that the one miracle that must be believed in is the bodily resurrection of Jesus Christ.

That God is omnipotent, omnipresent, and omniscient as well as unchanging in nature and character, not limited by creation except insofar as God chooses self-limitation (e.g., of exercise of power).

That God is good, loving, compassionate, and desires all to be saved so that anyone who exercises true faith in him will be saved. That there is no evil in God.

That God calls his people to participate in his kingdom by living lives of love, mercy, justice and compassion and eschewing evil.

Now…obviously I am setting side as non-essential many things that some other Christians would add to my list as essentials of Christian orthodoxy. Such as, just to choose one example, that God knows the future exhaustively and comprehensively. I would say that because God is omnipotent, he could know the future exhaustively and comprehensively. Another example is the belief that God controls everything such that everything that happens is ultimately determined by God. I would say that because God is omnipotent God could determine all things, but he chooses not to. I could go on, of course, but the points above seem adequate to me for a “checklist of Christian orthodoxy.” That doesn’t mean it exhausts my beliefs; it only means that I consider anyone who believes all of that a Christian, even if I disagree with him or her or a denomination or church about secondary doctrinal beliefs.

Now, having said all of that, I want to add that I am open to dialogue with people who disagree about one or more of those points, asking them to explain what they mean and why. Over the years I have found that, in dialogue, some people who seem not to be orthodox in their Christianity actually are; they are just confused. I would not reject an individual as non-Christian just for that. Here I am really talking about the “checklist” as applicable to denominations and church and mature-in-the-faith Christians or people who claim to be Christian and are capable of understanding these matters.

September 7, 2022
Is David Bentley Hart a “Situation Ethicist?” Reflections on Chapter Four of “You Are Gods”
Next Post