Is the Concept of “Worldly” Still Useful?

Is the Concept of “Worldly” Still Useful? 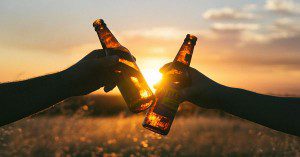 When I was growing up in the “thick” of American evangelical Christianity, the word and concept “worldly” was often used. I am certain it was considered indispensable to being “in the world but not of it.” Being “worldly” was being “of the world,” meaning of the secular or pagan world and its beliefs and behaviors that conflicted with biblical, evangelical Christianity.

For the most part, I think, the concept of “worldly” has all but disappeared in American Christianity, including among evangelicals, except among fundamentalists. I have visited self-identified fundamentalist churches where the concept and word were still used in sermons. However, when I taught at a leading American evangelical liberal arts college, many of my colleagues more than sniffed at the word as it implied, they said, “otherworldly.” That is, that true Christians should be “otherworldly” in a bad way. We were supposed to be “in the world” and “worldly” was interpreted as pushing Christians out of the world into isolated existence, not being “salt and light” in the world.

So for those who may not know what I’m talking about, here I will tell what “worldly” meant in the churches I grew up in. And I think many, if not most, conservative evangelicals in America and perhaps also around the world thought of it in similar fashion—in the past.

Being “worldly” meant: dancing, consuming alcohol, smoking tobacco, gambling, even playing games with “face cards,” going to Hollywood movies, wearing makeup, wearing expensive “designer” clothes, having long hair (for men), etc., etc., etc. But that was my church; I knew there were other evangelical churches that had shorter lists of what “worldly” meant. But, as I recall, virtually all evangelicals considered SOME activities worldly in a bad sense.

Here is an interesting factoid. The card game “Rook” was invented by a game company specifically for Mennonites because they wouldn’t play with “face cards.” I remember that we could not have face cards in the house, let alone play with them! But my parents played Rook often.

As I emerged out of my Pentecostal legalism of the 1950s and 1960s I kept the concept of “worldly” but altered it, as did most American evangelicals. However, I noticed that when our brothers and sisters from Africa or Asia visited us they were shocked that we were truncating our list of “worldly activities.”

I personally do not regret being raised in a relatively legalistic Christian family and church. Some of the rules were ridiculous, but they did me no harm.

Now, looking around at American evangelical Christianity (and I’m not talking here about the contemporary political meaning of “evangelical”) I cannot help but think that we have almost entirely given up the concept of being wrongly worldly. Sure, we should be salt and light IN the world, but too many evangelicals have gone too far with being IN the world such that they are OF the world.

I would dare to say that, for the most part, with many exceptions (as always), American evangelical Christians live their lives little different from non-Christians. Oh, yes, they attend church more often. But do they eschew sexually explicit entertainment? Do they drink alcohol, especially “liquor?” (I’m not referring to a glass of wine with a meal or one beer in the afternoon or evening.) I know some who brag of “trying” marijuana. I have known evangelical Christians who took gambling vacations to Las Vegas and also attended performances there, performances that in the not-too-distant past evangelical Christians would have considered lewd, vulgar, ungodly.

Does any of that make them not Christian? No, I’m not saying that. What I am asking is if the concept of “separation from the world” (not the planet but the world’s “culture” of vanity) has meaning anymore—among doctrinally conservative, spiritually evangelical Protestant Christians. Are there really no boundaries of behavior? If so, why do I almost never hear about them?