Friedrich Hayek and “Socialism” (Thoughts about “The Road to Serfdom”)

Friedrich Hayek and “Socialism” (Thoughts about “The Road to Serfdom”) 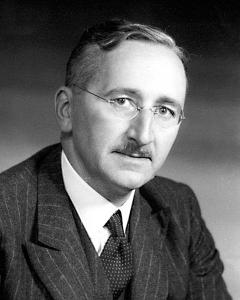 *Note: No comments in response to this brief post will be approved. Don’t bother commenting. I’m fully aware that Hayek was passionately opposed to “collectivism” and a state-controlled economy. However, within “The Road to Serfdom” are strong hints that he did not oppose something akin to the so-called “welfare state” in which government played a big role in helping people who, for whatever reason, could not help themselves. Personally, I prefer philosopher-economist John Rawls’s theory of justice (as expressed in “A Theory of Justice”), but I want to put out here for all to know and consider that Hayek was not the opponent of government involvement in helping the indigent, the vulnerable, the helpless. The view expressed in the lengthy quote below COULD and probably WOULD have been considered “creeping socialism” by many in his time.*

Over and over again, repeatedly, as long as I can remember, whenever I have talked about “democratic socialism” or even just the state’s duty to come to the aid of the poor (which would automatically require some redistribution of wealth) I have been confronted with “Read Friedrich Hayek’s ‘The Road to Serfdom’.” I have. Of course. I held a named chair in ethics at a major American university.

The Hayek of “The Road to Serfdom” was not opposed to government security policies and programs. He was opposed to a government controlled economy. What counts as “socialism” is essentially contested and I ALWAYS explain what I mean by it. I expect my faithful and true readers to know. I NEVER mean a totalitarian-type government, either of the “right” or the “left.”

Some of Hayek’s statements in “The Road to Serfdom” can easily be construed as socialism–by those of the hard right. They cannot call on him for support for their Social Darwinism.

Here is a fairly lengthy quote from Chapter 9 of “The Road to Serfdom” :

“It will be well to contrast at the outset the two kinds of security: the limited one, which can be achieved for all, and which is therefore no privilege but a legitimate object of desire; and the absolute security which in a free society cannot be achieved for all and which ought not to be given as a privilege-except in a few special instances such as that of the judges, where complete independence is of paramount importance.

“There is no reason why in a society that has reached the general level of wealth which ours has attained, the first kind of security should not be guaranteed to all without endangering general freedom. There are difficult questions about the precise standard which should thus be assured; there is particularly the important question whether those who thus rely on the community should indefinitely enjoy all the same liberties as the rest.[1] An incautious handling of these questions might well cause serious and perhaps even dangerous political problems; but there can be no doubt that some minimum of food, shelter, and clothing, sufficient to preserve health and the capacity to work, can be assured to everybody. Indeed, for a considerable part of the population of this country this sort of security has long been achieved.

“Nor is there any reason why the state should not assist the individuals in providing for those common hazards of life against which, because of their uncertainty, few individuals can make adequate provision. Where, as in the case of sickness and accident, neither the desire to avoid such calamities nor the efforts to overcome their consequences are as a rule weakened by the provision of assistance, where, in short, we deal with genuinely insurable risks, the case for the state helping to organise a comprehensive system of social insurance is very strong. There are many points of detail where those wishing to preserve the competitive system and those wishing to supersede it by something different will disagree on the details of such schemes; and it is possible under the name of social insurance to introduce measures which tend to make competition more or less ineffective. But there is no incompatibility in principle between the state providing greater security in this way and the preservation of individual freedom. To the same category belongs also the increase of security through the state rendering assistance to the victims of such “acts of God” as earthquakes and floods. Wherever communal action can mitigate disasters against which the individual can neither attempt to guard himself, nor make provision for the consequences, such communal action should undoubtedly be taken.”