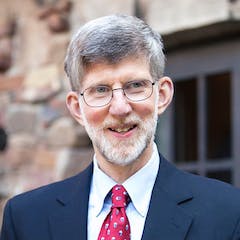 *Note: if you choose to post a comment here, know that this is not a discussion board; it is a place for me to tell my stories and express my opinions and engage in civil, respectful dialogue with interested, thoughtful, reflective readers. For your. comment to be considered (for posting here), make sure it is relatively brief (no more than 100 words), on topic, addressed to me, civil and respectful (not hostile or argumentative or insulting), and devoid of photos or links.*

Recently someone commenting here mentioned Marvin Olasky as if I don’t know him. Well, to that person (and others) I will say “I have known Marvin Olasky personally and engaged in direct, face-to-face dialogue with him several times in his classes at the University of Texas and in his home in Austin, Texas.” Since he left Texas, we have emailed a few times. I also read some of his books including especially ones that promoted what he called “compassionate conservatism.” I took my classes in Christian social ethics to Austin to meet with him and we had lively discussions, even in his living room.

I first heard of Marvin via a segment of the American television “magazine” “60 Minutes” that dubbed him “Bush’s Guru”—referring to the then candidate G. W. Bush who was running for president of the United States after serving as Texas governor. In that interview, as I recall, Marvin explained his idea of “compassionate conservatism” and said, in response to a question, that he would be ashamed (or a word to that effect) to have a woman president of the United States

What I learned from reading his books and having conversations with Marvin, he was, at one time, a communist or Marxist, but converted to Christianity (of a Calvinist type) and to capitalism. He became a professor of journalism at the University of Texas and somehow influenced George W. Brush when he was governor of Texas. He wrote many books and edited “World” magazine. I once wrote a fairly lengthy letter to the editor which Marvin published. If I recall correctly at this time distance, the letter was responding to an article about so-called “open theism” written by (if my memory is correct) theologian Al Mohler. I felt that the article misrepresented open theism.

Let me say here and now that I found Marvin to be a congenial, kind, caring, open person. My criticism here is not intended to say anything negative about his character. My criticism is only about why I believe his “compassionate conservatism” would never work. That is, even if its motive is compassion for the weak, the vulnerable, the poor, it is fundamentally flawed.

Here I am going to draw on opinions and policies expressed to me and my students personally and directly, not only through Marvin’s writings. In our lengthy face-to-face conversations I had the opportunity to ask him direct questions and he answered them, perhaps more specifically than in the books by him that I read. (And I did have my students read one of his book about “compassionate conservatism” before we went to meet with him.)

Marvin told me and my students that he wanted the “government safety net” (all kinds of welfare) abolished. He admitted that replacing it with his plan might take fifty years. He believed that the “welfare state” had kept citizens, including Christians, from helping the poor (and others unable to help themselves). Especially Christians, he said, had come to rely on the government to help destitute and helpless people and the government did a very bad job of it.

His reason for saying that about government approval of charitable welfare organizations came as a response to my question about his plan….

Marvin told me and my students that his proposal was to give every taxpayer a tax deduction or even tax exemption for contributing money to an approved charitable organization that could demonstrate to the satisfaction of the government that its “work” worked — to help people in need.

Next, I objected to Marvin’s (then) explained alternative to government “safety net” welfare programs this way. He was and I assume still is a Calvinist. Calvinists believe in human total depravity. I do as well. But I wondered, and said this to him, whether we could trust people, including Christians, to give their untaxed charitable giving to people not like themselves. Could we really trust relatively affluent white Christians (or others) to give to, say, charitable organizations devoted to helping black people? (I’m not suggesting none would; I’m only asking whether enough would to replace government programs.) He thought they would. I thought that contradicted his belief in total depravity.

You see, when it comes to a government welfare program, if a government entity denies the help it offers to a person or family based on their ethnicity, for example, that person is able to go to court to force that government entity to distribute the help it offers without regard to the needy person’s ethnicity. I thought, then, and still think now, that his plan would probably result in most voluntary charitable contributions going to help people the “givers” like or care about and that, probably, most of it would go to organizations that help mainly white people. In any case, I believe only government programs that entitle everyone to the help they offer regardless of race, ethnicity, religion, gender, etc., can be truly fair.

I thought it was ironic that I, an Arminian, was apparently more suspicious of people’s “compassionate” giving than Marvin, a Calvinist was! At least that is the impression I came away with. I believed that there was a big blind spot in his proposal that had to do with white racism. I am NOT suggesting that Marvin was or is a white racist! I am suggesting that his proposal did not sufficiently take white racism (and other forms of prejudice) into account.

Now I will end this story by saying that I get extremely annoyed when commenters here assume that I don’t or didn’t know… I taught Christian social ethics at a major American research university every semester (when I wasn’t on sabbatical) for 22 years! For someone to suggest that I am not already familiar with the ideas of Marvin Olasky is insulting to me. During the 1990s into the first decade of this century he was a major “voice” in American social ethics, directly influencing George W. Bush. Of course I would know about him and, in this case, ironically, I knew him personally.

November 9, 2022
Friedrich Hayek and "Socialism" (Thoughts about “The Road to Serfdom”)
Next Post

November 13, 2022 “Under the Banner of Heaven” and Mormonism/LDS
Recent Comments
0 | Leave a Comment
Browse Our Archives
Related posts from Roger E. Olson