“Under the Banner of Heaven” and Mormonism/LDS

“Under the Banner of Heaven” and Mormonism/LDS 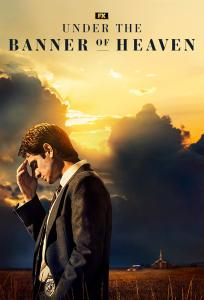 *Note: If you choose to comment, remember my rules. This is not a discussion board; no commenter has a “right” for his or her comment to be posted here. Comments commonly posted here are relatively brief (no more than 100 words), on topic, addressed to me, civil and respectful (not hostile or argumentative), and devoid of photos or links. Also, I do not allow commenters to misuse my blog to promote their own alternative beliefs or “preach.” Comments should be thoughtful, reflective, well-expressed and explained and above all civil and respectful in language.*

I have just finished watching the Hulu mini-series “Under the Banner of Heaven.” I know it is quite different from the same-named book which I have not yet read. The series is based on the same crime described and explored in the book, but like many movies and series based on books, it takes liberties with the story of the book and goes beyond it for dramatic effect and sometimes to promote the makers’ own views.

One reason I watched the series is that I have for a very long time been fascinated by Mormonism and the Church of Jesus Christ of Latter-day Saints and other Mormon groups such as the various “fundamentalist Mormon” sects that practice polygamy. LDS members do not and are not allowed to.

I enjoyed the series for several reasons: good acting, good writing, dramatic plot, insight, however flawed, into LDS and other Mormon religious beliefs and practices. However, knowing Mormonism/LDS history and beliefs pretty well, I caught what I believe are some misrepresentations of that belief and history. The writers seem to have “bought into” some anti-Mormon views of early Mormon history.

Just so you know, I have read many books by LDS religion scholars and many books about Mormonism by ex-Mormons and anti-Mormon researchers. I have watched many documentaries such as about the infamous “Salamander Letter,” and etc. But, most importantly, I have traveled to Brigham Young University to engage in dialogue with LDS religion scholars and others three times—at BYU’s invitation.

Now I have watched on Youtube several videos of contemporary LDS members responding to the Hulu mini-series.

The part of the series to which they most strongly object is the statement made by a man who left the church that “Our religion breeds violent men” (or something to that effect). That does seem to be the overall message of the mini-series. Although in it some LDS people are portrayed sympathetically, the overall impression I gained was that the writers of the mini-series are hostile to Mormonism and the LDS Church.  And hostile in a fairly extreme way—if I “read between the lines” correctly as I watched and listened to the events and conversations in the series correctly.

The question, of course, is whether the portrayal of Mormonism/LDS beliefs and lifestyles in the series is fair. That’s made difficult by several facts including especially that it is “set” in the early 1980s. The LDS Church is whatever it is TODAY. It’s a flexible religion that changes from time to time, depending on the “prophet,” the president of the church.

The series portrays the leaders of the LDS Church as more concerned with the church’s reputation and the public’s perception of it than with women whose lives are being threatened by Mormon fanatics who have adopted a particularly fanatical, even crazy, interpretation of Mormonism. My “take” on the “brothers” is that they literally lost their minds and probably because of their father who raised them. For example, he is portrayed as killing their pet dog when they were boys just because they (as I recall) didn’t do their chores.

What I said above is not meant in any way to exonerate the murderous brothers or the brothers who either helped them or didn’t try to stop them. There is a difference between “explanation” and “exoneration.” I do not believe they were crazy enough not to know right from wrong; I think they became psychotic but still responsible for what they did.

As a religion scholar, I felt the series ended up being anti-religion in general. The ending includes two most fascinating conversation between—one between the main character (an LDS police detective) and his partner, a Native American who has rejected belief in God and anything supernatural but still chants Native American prayers and praises to God or the Great Spirit. The other one is between the LDS police officer and his devout LDS mother who is senile but has moments of clarity and sanity. It SEEMS the LDS police officer has joined his Native American partner in believing the beauty of the world, of nature, is a “miracle” but not the work of “Father in Heaven.” I think it is fair to conclude he has either lost his faith or is in the process of losing it. And, in my opinion, the makers of the series seem to be endorsing losing one’s faith in God. Why? Because, perhaps, they believe religious belief in general is dangerous.

I believe one intentional theme of “Under the Banner of Heaven” (the Hulu mini-series) is that not only Mormonism/LDS breeds bad or violent men but that Christianity and perhaps religion in general does that. I can’t read their minds, of course, but that is the impression I received from carefully watching the entire series over a period of a few days and carefully watching and listening to the ending. I know some will disagree.

The main character, the LDS police detective, is portrayed near the end of the series praying with his wife and daughters. But the look on his face says to me that he has stopped believing and is just willing to hide that from his mother, wife, and children in order to hold his family together (his wife had earlier declared that she will leave him, marry another, and raise their children apart from him if he “loses his testimony”). That he doesn’t want to happen.

November 11, 2022
Thoughts about Marvin Olasky and “Compassionate Conservatism”
Next Post