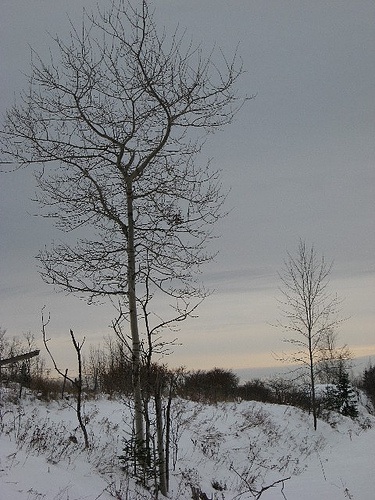 in the bleak midwinter

… millions are unemployed, uninsured, and under pressure.

widening gap between the haves and the have nots widening and gappening like mick jagger about to eat all of the billions of burgers mcdonald’s serves from the deforested brazillian rainforests turned into grazing land to feed our addictions to cheap bovine carcasses infused with hormones, antibiotics, and monsanto’s irreversibly genetically modified pastures.

“corporate person” funded presidential candidate cacophany of outrageous claims to undermine and dissolve whatever might be left of our supposedly sacrosanct social safety fish net stockings with holes in them big enough to let the dying great barrier reef, the hole in the ozone layer, and the too late, past the tipping point, global warming gasses passed by the now 7 billion of us – we can’t seem to stop f***ing! – f***ers flow through.

we tune out with our ipods and text while we drive, droning phoning on about where we are now and how slow the traffic is… as if any one really cares.

we medicate ourselves with dances with the stars, and pretending to care about the change in justin bieber’s hair style, demi’s divorce with ashton, tantric Tebowing, and the life and times of the kardashians who somehow beamed onto our planet from a wayward script of star trek.

lo how a rose!

lo how a rose e’r blooming on fox news!

awakened ones are on the rise

large white sheets of paper and flattened cardboard spell out what we’ve all been thinking but were too inhibited to say.

a new day is coming!

the ways of today are relics of the past!

a new heaven and a new earth are on the their way!

sure, some who of those scared but doing it anyways souls who hold those signs are shot point blank with pepper spray and rubber (coated steel) bullets.

but as with the sh*t that happens, so does grace.

God is in the house!

God is in the those who are reclaiming their gifts of prophecy and are speaking truth to power.

God is in that slip of paper that a protester slipped to Obama.

God is in that guy with the funny hat who handed that fox reporter his a$$ with a barrage of undeniable truth, and in how even though they didn’t air that clip, if it weren’t for fox being there to interview that guy, those truths wouldn’t’ve hit the net and gone viral.

God is in that iraq war vet, and that methodist pastor, and that 84 year old woman, and those kids in Berkeley who nonviolenly took it in the face … because they can’t take it anymore.

God is in those who did the spraying, the shooting, and the clubbing … who went home that night feeling remorse and realizing that they are only a paycheck or an injury away of being out on the streets with those protesters.

God is putting the protest back in protestant and universal back in catholic – reminding us that we are in fact all one – and we’re called to advent activism.

God is in the delightul co-mingling of christians, jews, muslims, buddhists, pagans, socialists, and anarchists. God is in those who are persecuted for his name’s sake accused of associating with sinners and tax collectors by those who forget that it is exactly those persons who jesus hung out with!

inexplicably, subversively, and completely under our nose,

God is here and on the move.

as in clandestine ways of old, where God raised hebrew leaders in pharaoh’s midst, and where God came to dwell with us as “a bastard in a barn,”

video clip of me “preaching/reading” this piece.

Roger is an ordained United Methodist pastor and the author of the new book – Kissing Fish: christianity for people who don’t like christianity.

November 7, 2011
Food for the Fight: A Sermon for the "Occupiers"
Next Post

December 1, 2011 Why I'm a Gay-Friendly Pastor: World AIDS Day
Recent Comments
0 | Leave a Comment
"It's also helpful to remind ourselves of the myths many Americans tell ourselves about the ..."
Roger Wolsey Thanksgiving Defiance.
"what do bad bunghole jokes have to with calling atheism a religion? and equating it ..."
crackerMF Why America isn’t a Christian Nation.
"Americans who never learned to read English, don't understand sarcasm,hyperbole, traditional meanings of words or ..."
bill wald Why America isn’t a Christian Nation.
"Because nuance is always welcome and helpful, “I think there is pressure on people to ..."
BrotherRog Do you Gollumize? Making Idols of ..."
Browse Our Archives
get the latest from
The Holy Kiss
Sign up for our newsletter
POPULAR AT PATHEOS Progressive Christian
1

If you don't know who the...
slacktivist
Related posts from The Holy Kiss